Centennial Story of Finland Part 1: The Path up to 1917

How did Finland develop from one of the poorest countries in Europe to the Happiest Nation (World Happiness Report, 2018) in the world? How has the United States impacted Finland, and what kind of impressions has “brave little Finland” made on Americans? We examined these themes over 12 articles, one per decade, to get a better understanding of our common past. Join us as we explore Finland’s journey through the lens of Finnish-American relations.

Finland before 1917: Over 600 years an integral part of the Swedish Kingdom, a century as an autonomous Grand Duchy in the Russian Empire, developing a national identity

The first humans arrived in Finland approximately 10 000 years ago after the end of the last ice age. The recorded history of Finland began in the 12th century. Until those times the geographical area that is now Finland was a political vacuum. During the 1100s and 1200s, both Sweden and Novgorod (Russia) became interested in Finland, and they made several crusades and expeditions into the area. In 1323, western and southern parts of Finland were joined in Sweden and the eastern part of Finland, Karelia, became part of the Russo-Byzantine world. 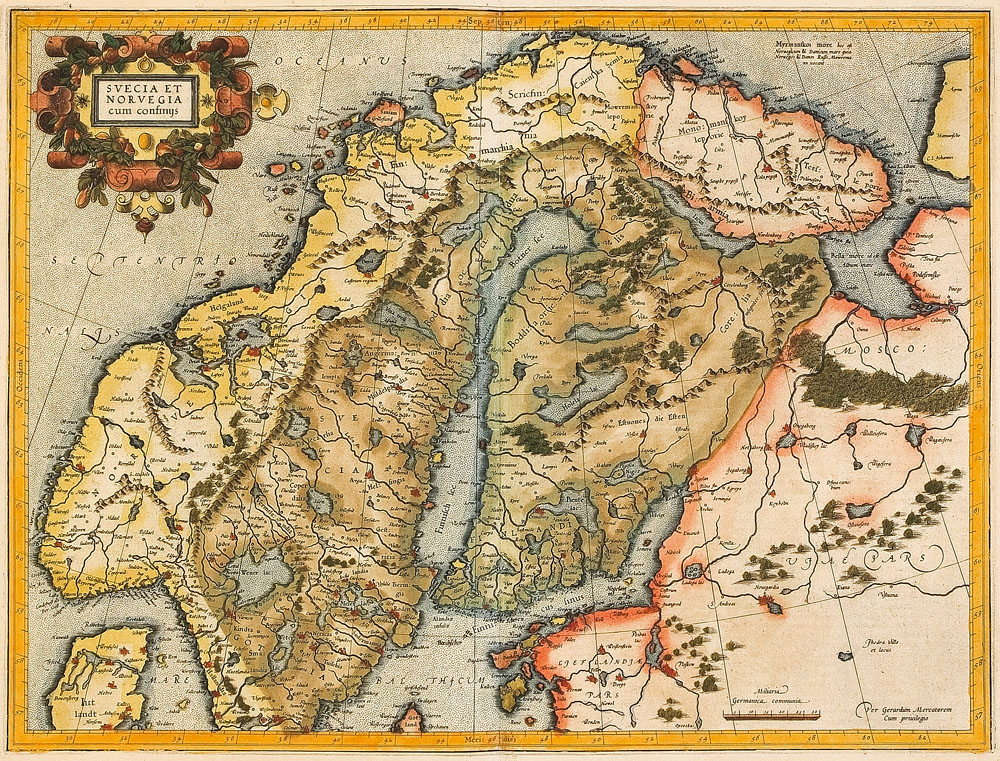 A map of the Nordic region from 1595
Photo: Wikimedia Commons 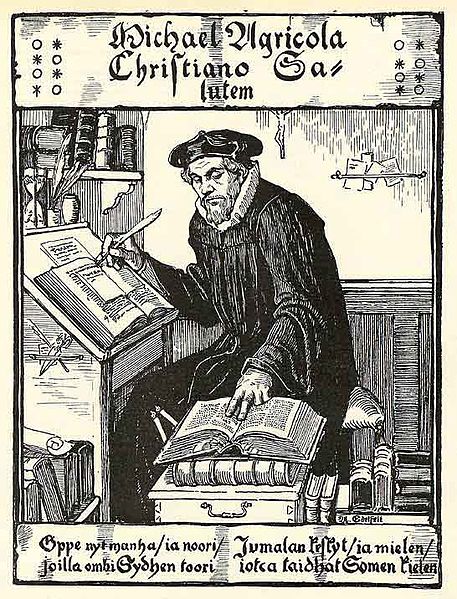 Finland remained an integral part of the Swedish Kingdom for over 600 years. As a consequence, the Swedish legal and social systems took root in Finland in a permanent fashion. Feudalism was never a part of this system, so the Finnish peasants retained their personal freedom. During the Swedish time, Turku was the most important city in Finland. In the 16th century the reformation started by Martin Luther reached Finland and Sweden, and it helped to create the Finnish-language culture. Luther insisted that people have to be able to read the holy Bible and hear the sermons in their own language. The Bishop of Turku, Mikael Agricola, is considered the father of Finnish written language, as he translated the New Testament into Finnish in 1548.

From the Middle Ages until the early 19th century, Sweden and Russia fought frequently over the control of the eastern part of the Swedish Kingdom, i.e. Finland. With the establishment of St. Petersburg in 1703, the Russian interest in the northern shores of the Gulf of Finland increased.  As a result of the complex power shifts during the Napoleonic wars, Russia gained full advantage over Sweden in 1809. Finland in its entirety came under the Russian rule, but was accorded the status of an autonomous Grand Duchy, and the laws from the Swedish time remained valid. While the major decisions required the Tsar’s approval, Finland had its own government, legislature and other state institutions. Swedish remained the language of the administration which remained in Finnish hands at all levels.

There was no political entity of Finland until 1809, when the Grand Duchy of Finland first was created from the eastern territories of the Kingdom of Sweden. The far-reaching autonomy allowed the Finnish language, culture and economy to develop greatly throughout the period. During this time, Finland saw major milestones, including the establishment of Helsinki as the capital in 1812, and the national epic, Kalevala, published in 1835. Finnish national identity was emerging and was summarized in Adolf Ivar Arwidsson’s famous quote, “Swedes we are not, Russians we will not become, so let us be Finns.” 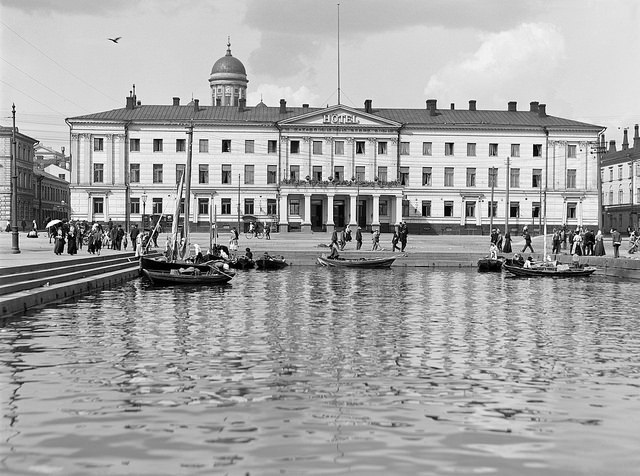 Helsinki became the capital of Finland in 1812. I.K. Inha was photographing the rapidly changing capital during the summer of 1908.

In the late 1800s, the Russian Empire started to limit Finland’s special status. The era of Russification (1899–1905 and 1908–1917) is known in Finland as the years of oppression. The 1905 revolution in Russia gave Finland a short break, and a new legislative body to replace the old Estates was created in 1906. At that time this was the most radical parliamentary reform in Europe, as Finland moved to a unicameral parliament and universal suffrage. Women in Finland were the first in Europe to be granted full political rights, the right to vote and to stand for elections. The first Finnish settlers arrived to North America in 1638. The Finnish and Swedish settlers landed in modern day Wilmington, Delaware, and established the colony of New Sweden. Among the early settlers was Martti Marttinen who was born in Rautalampi, Finland. He arrived in Pennsylvania in the 1650s, and his great grandson John Morton became one of the original signers of the Declaration of Independence.

The independence of the United States in 1776 stimulated ideas of freedom all across Europe. Finnish Colonel Georg Magnus Sprengtporten wanted to offer his services to the Rebellious Colonies and dreamt of an independent Finnish republic based on the American model. Some Finns considered the U.S. as an ideal society and admired the Americans’ free spirit. The Americans were considered energetic, industrious and confident citizens, because having “the freedom to be master of one’s own destiny gives strength,” as Chief Librarian of the University of Helsinki S.G. Elmgren wrote in the 1850s. The Civil War shattered the image of a perfect political system, but Finns were still curious to get first-hand knowledge of the great democracy across the Atlantic. 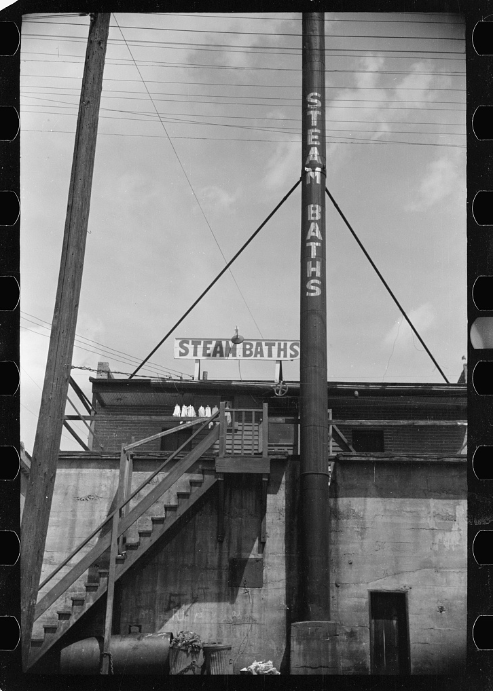 In between 1864 and 1920, approximately 360 000 Finns got the “American fever” and immigrated to the U.S. Some were seeking adventure, but economic and social reasons were the main driving force behind immigration. There was a severe famine in 1866–1868 and simply not enough jobs for the working poor.

Many Finns settled in Michigan, Minnesota and Wisconsin, and started working in mining and logging. Single women were often employed as domestics. Even though approximately 98% of Finns could read, only a few could speak or write English. In addition, the majority of Finns lacked industrial skills, and therefore ended up doing hard manual labor. The best homestead land had already been taken by earlier settlers, and this meant that Finns had to cultivate more unproductive soil in rural areas. Other migrants sometimes called the newcomers “dirty Finns”, and Finns gained a reputation as drunken fighters. For many the adjustment to American life was slow and often painful, and approximately one third of the immigrants eventually returned to Finland for good. 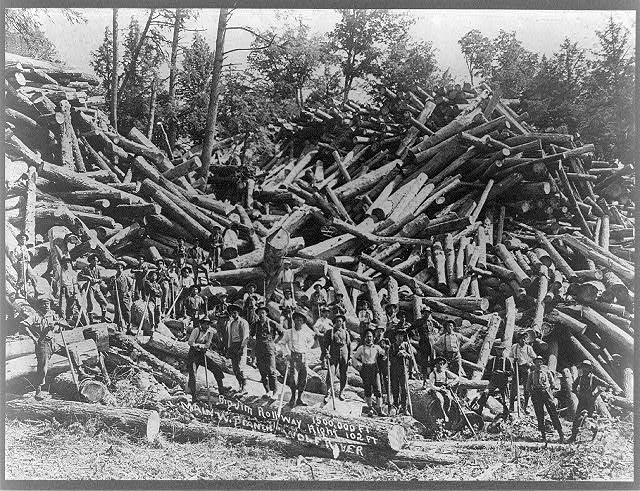 Many Finns ended up working in logging

The Finnish immigrants played an important role in establishing cooperatives in the U.S. The movement was started by socialists, but it quickly became non-political, and many Americans joined in. The Central Cooperative Wholesale in Minnesota, Wisconsin and Michigan was the most successful of the co-ops. Thanks to the high literacy rates, Finns were actively publishing newspapers, journals, pamphlets, books, memoirs and other material in Finnish. Finns believed that knowledge was power, so they promoted knowledge through their publications that at the same time preserved Finnish culture. By the turn of the 20th century, Finns were producing more than 350 newspapers and periodicals in the United States. 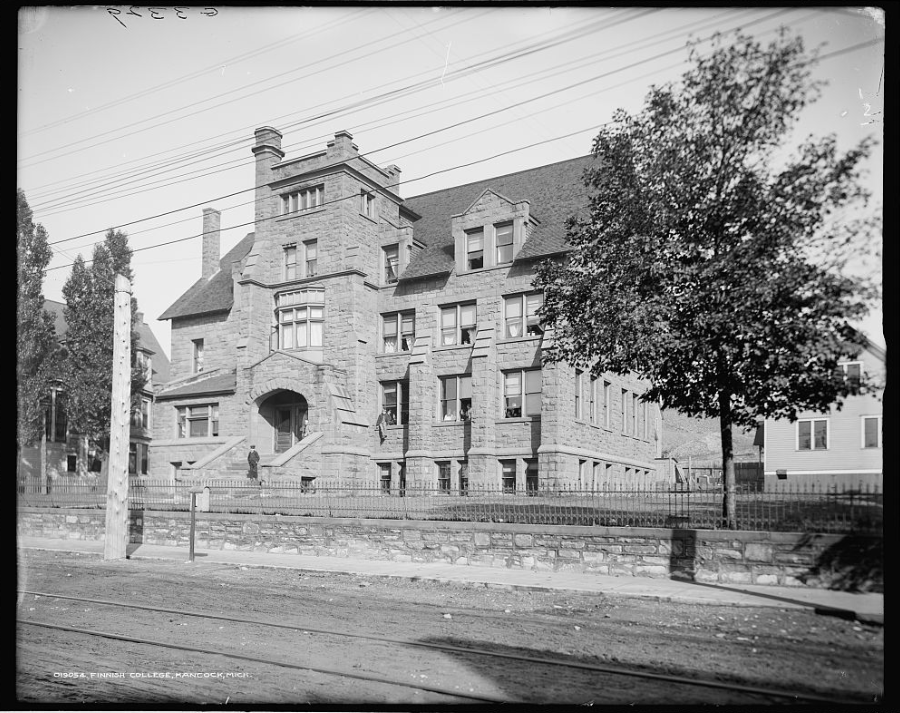 Finnish school in Hancock, Michigan (circa 1900)