Tour the Embassy in D.C.

The Finnish Embassy is an architectural landmark on the Embassy Row. Located across from the Vice President's residence on Massachusetts Avenue in Washington D.C., it captures the spirit of Finland. Its materials are both age-old and contemporary, its design is as new as a cottage in the woods. It is a memory bank, a treasure chest of the essence of Finnish culture without the triteness of stereotypes. 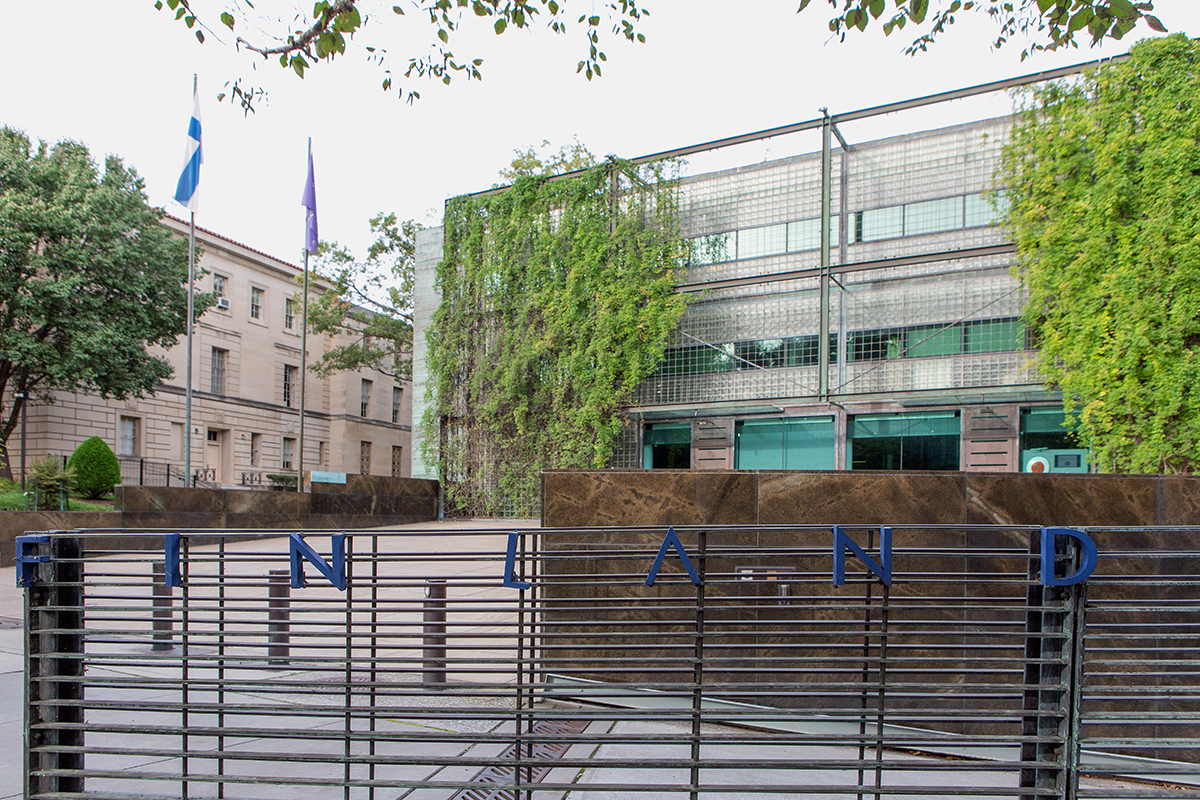 The Embassy has been embraced by the Washington DC community not only as a Finnish cultural center, but also as a host and venue of choice for functions and events that benefit the entire community and widen the contacts between the Embassy and American society. 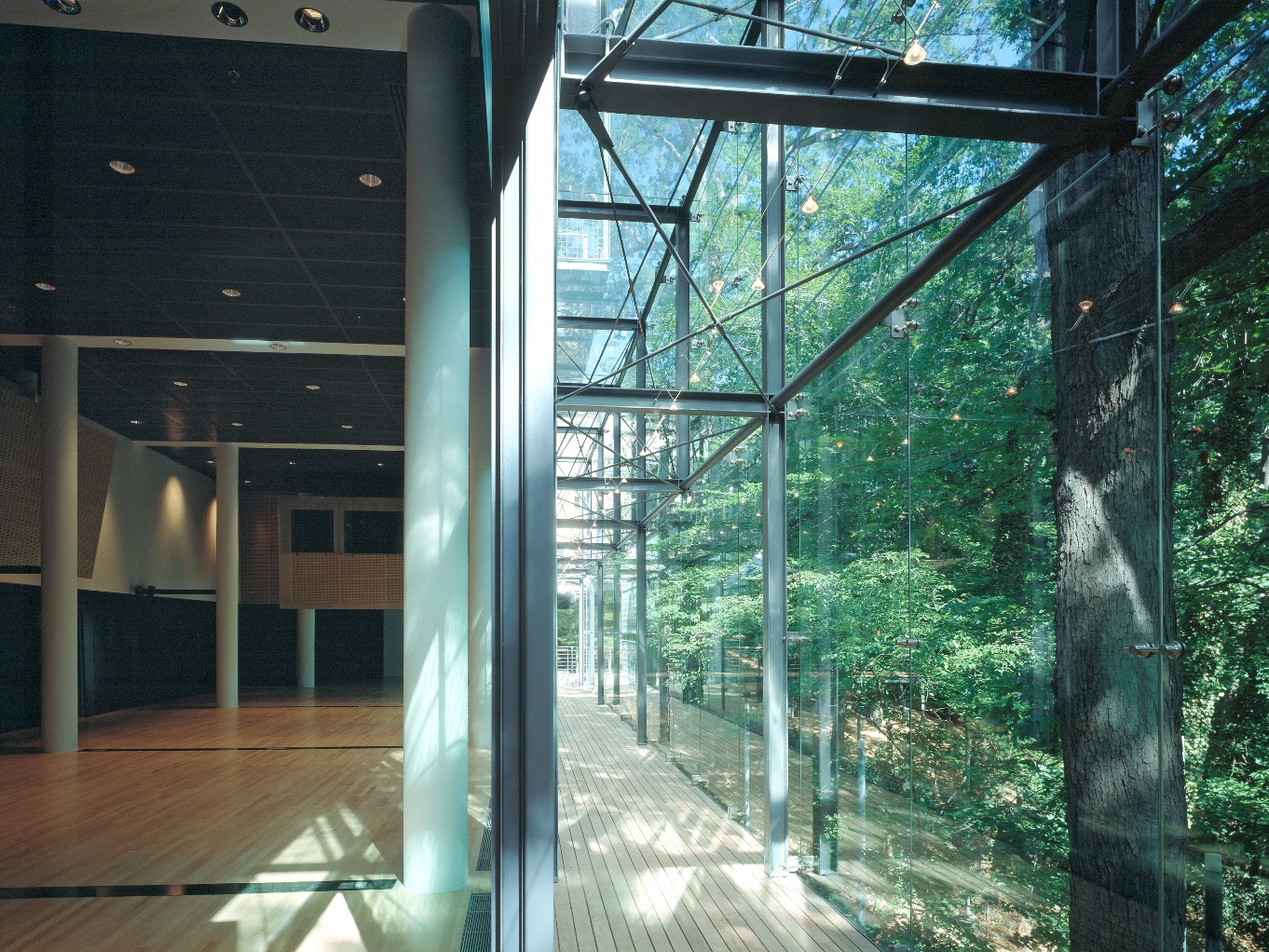 The architects created a multi-purpose space for both large and small receptions, for sit-down dinners and buffets, for concerts and art exhibitions. The building is equipped with perfect acoustics, needed when recording music performances, and state-of- the-art audiovisual facilities for showing movies, and connecting with Finland live on video conferences. 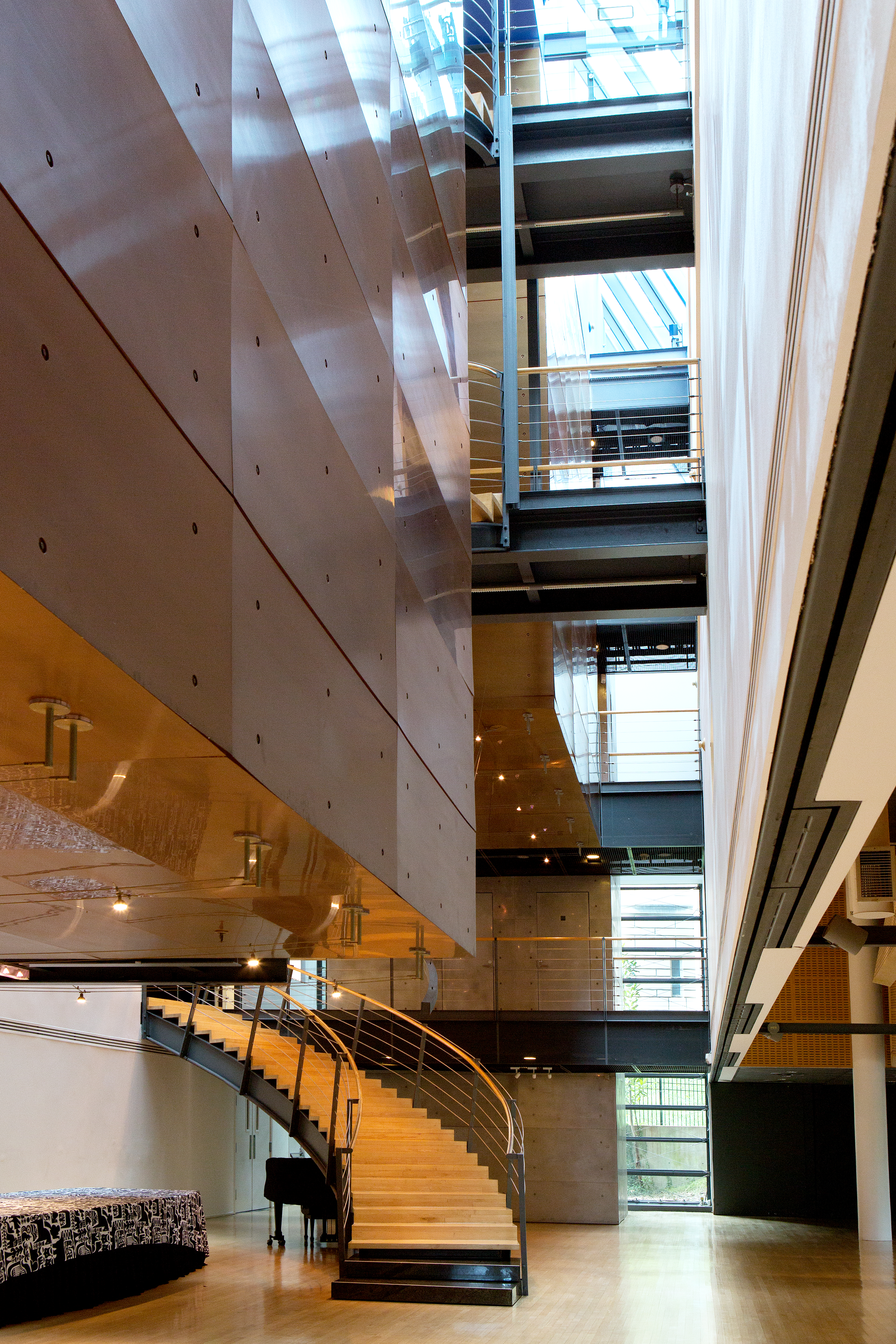 The building is a lot like the people it represents – underneath its polite exterior is a sophisticated and passionate soul. The Embassy is a refreshing exercise in understatement with a combination of boldness and self-confidence.

In the center of the building the 60-foot high Grand Canyon draws light down into the multipurpose Finland Hall, reached down a curved stairway following the contour of the sloped site. A row of stars from the night, an arc of bright, tiny lights suspended form above, echoes the gracious curve of the stairs. 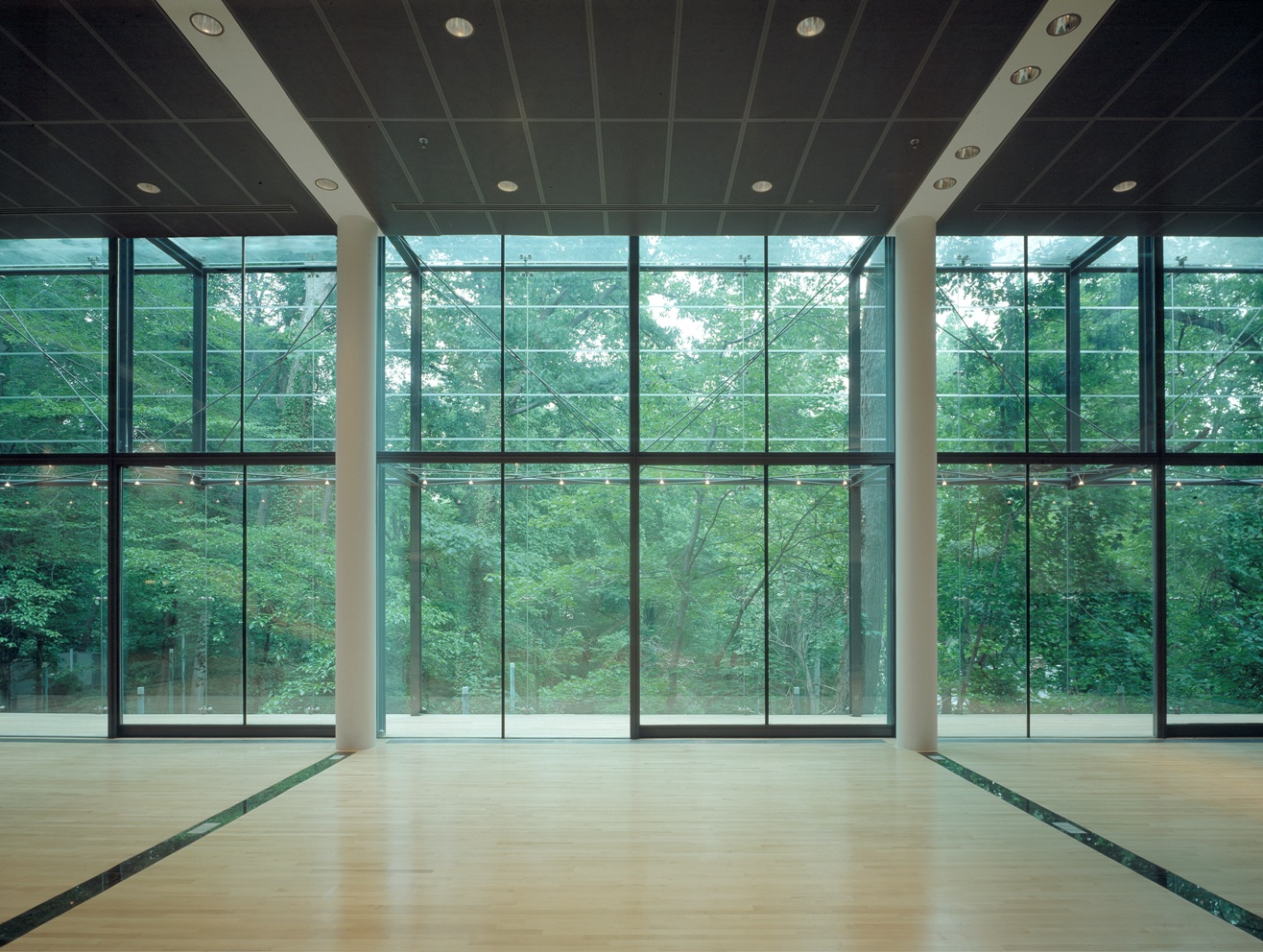 In the ceiling above, lights, supported only by their wiring, from an elegant Constructivist composition. This industrial aesthetic of exposed wires and suspension cables is reinforced by large stainless steel towers for services at either end of the Grand Canyon.

The two other giant cubes, sheathed in copper and serving as conference rooms, are suspended from the roof. By the simplest of means, the architects have accomplished a breathtaking result: a combination of modern industrial power with the dazzling splendor of a gilded ceiling in a Baroque palace of three hundred years ago.

The giant copper cubes that house conference rooms are suspended from the ceiling.

Beyond the Grand Canyon, the other half of the Finland Hall is calmer: its white concrete columns are like metaphorical birch trees. An apparently seamless glass wall gives us a living mural of the woods, and the building assumes a supporting role to mother nature.