Embassy of Finland, the first LEED certified embassy in the U.S. 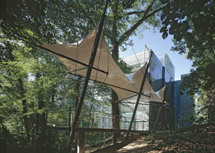 The Finnish Embassy, an architectural landmark on Washington's Embassy Row, is now also a green building.

The Finnish Embassy in Washington DC has been awarded the U.S. Green Building Council's Leadership in Energy and Environmental Design (LEED) certification for existing buildings, marking the first time a diplomatic mission in the U.S. has received this recognition.

The architecturally acclaimed modernist Finnish mission building in D.C. has been a well-known diplomatic landmark for 15 years. In order to reflect Finland’s commitment to environmental sustainability, finding ways to decrease environmental impact of the building and its day-to-day operations has become a priority for the embassy staff.

The LEED rating system provides a suite of standards for environmentally sustainable construction and existing buildings.

The results have certainly been worth the efforts. A comparison of the annual average energy spending between 2002 and 2004 shows an extraordinary decrease of $150,000.The building’s electricity use decreased by 50 percent and gas by 65 percent. Annually, the embassy now prevents greenhouse gas emissions equal to the electricity use of 90 American households.

“We are extremely proud to be the first embassy in the U.S. to achieve this recognition”, says Finnish Ambassador Pekka Lintu. “Retrofitting our embassy building demonstrates that we Finns strive to be active but energy-efficient members of our neighborhood and the greater D.C. community. It is also worth noting that by maintaining this demanding status, the Embassy of Finland is supporting a range of important initiatives by local US companies that offer green jobs for the growing green workforce. We hope that our adaptation of green principles and our commitment to the well-being of people and the environment will inspire other foreign missions to view their opportunities in this field.” 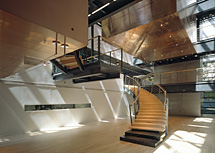 The embassy was designed by Finnish architects Mikko Heikkinen and Markku Komonen.

A local consulting firm was hired in spring 2009 to oversee the embassy’s LEED application process that directly affected all aspects of the building’s operations. The embassy’s energy consumption was reduced significantly by adjusting the operating system to correspond with actual use and occupancy. Temperature set points were determined to moderate the use of the heating, ventilation and air conditioning systems. A free-cooling system halved the use of electricity-powered cooling, and a new heating system allowed for more fine-tuning of the building’s energy use. Light fixtures received more energy-efficient light bulbs and toilets and faucets were fitted with water-saving devices.

Rigorous policies were implemented to ensure sustainable practices: Occupancy sensors were installed in offices, recycling became a major priority, and all procurement became subject to environmental considerations. Used furniture and other durable goods were donated to local schools and organizations. All cleaning supplies were replaced with environmentally sound products, and low-impact chemicals were introduced in site maintenance such as gardening. A stringent non-smoking policy was implemented, and garage space was re-designated to encourage staff to cycle to work or use hybrid vehicles. 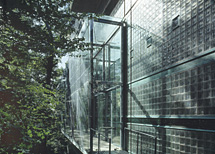 The Finnish Embassy is also the first embassy in the U.S. to receive the Environmental Protection Agency's ENERGY STAR for superior energy efficiency.

“While energy efficiency has led to significant financial savings, this was not our primary objective. Our most important goal was to make the building as environmentally friendly as possible, and by doing so create a showcase to increase awareness around energy-efficiency issues among our visitors and the many organizations we deal with each day”, says Ambassador Lintu.

The Embassy of Finland has been a true pioneer in sustainability issues. The embassy was awarded the Energy Star in September 2008 by the Environmental Protection Agency, marking the first time an embassy had earned this label in the United States. The Finnish Embassy is also a member of the Chicago Climate Exchange where it voluntarily offsets any remaining carbon emissions.

Official sustainability recognitions are also well in line with the fact that many visitors entering the Finnish embassy are struck by the building’s harmonious existence with the surrounding nature. The lushness of Normanstone Park seems to envelop the modern steel-and-glass exterior in an organic embrace, mimicking the feeling of stepping into a Finnish forest. The building seems to live and change with the seasons; it seems almost to be a part of nature.

LEED, which stands for Leadership in Energy and Environmental Design, is a program of the United States Green Building Council (USGBC), a non-profit which seeks to promote green building practices. LEED green building certification system is the foremost program for the design, construction and operation of green buildings and communities.