New Counsellors at the Embassy

The beginning of the spring at the Embassy of Finland in Pretoria has been busy as three new staff members started as counsellors. The positions of the education and science counsellor and the agricultural counsellor are completely new, which reflects the increased importance and potential of Africa for Finland.

Ms Iina Soiri, who has made a long career with African issues, started as the Team Finland Knowledge counsellor in September. There are eight Finnish education and science counsellors around the world, and Ms Soiri is the first and only one in Africa. The counsellor analyses needs in and potential of Southern Africa as regards to scientific and education cooperation and promotes the internationalization, mobility and education exports of Finnish universities.

Ms Soiri has worked throughout her career with African issues in Namibia, Angola, Mozambique, Tanzania, and the last six years as Director of the Nordic African Institute in Uppsala, Sweden. She is therefore well familiar with the environment and sees that there is great potential for cooperation.
“Finland is a superpower in education and research, and we have good opportunities to collaborate especially with South Africa, which has the best universities on the continent. We have a well-established cooperative relationship, and it would be good if our partnership would focus more on conducting research together and collaborating between universities”, Ms Soiri tells.

Ms Soiri says that the countries have similar global societal challenges for which the research institutes try to find solutions. Collaboration in the education sector also increases mutual learning and helps to overcome the old donor-recipient relationship. “For example, while Mozambique has been one of our largest partners in development cooperation, it looks like we are moving towards a partnership where learning, research and tackling global challenges are done together on an increasingly equal basis.” According to Ms Soiri, it is important to understand how dynamic the African continent is and how quickly it is developing.

“Team Finland Knowledge network has identified Africa as a potential partner in the future, which is very exciting, of course. I expect that we will be having active and dynamic cooperation in the future, and that the Finnish universities and education companies will let me know what they need from this network and what they have to offer.”

The Unofficial Food Ambassador of the Embassy

In August, Ms Jenni Kiilholma started as the new agricultural counsellor at the Embassy. Ms Kiilholma has a background as a veterinarian and an economist and she has also worked as a contemporary dancer. While this is the first occasion to work on the African continent, she is already well familiar with South Africa, as the country has been a getaway for 15 years for her and her South African spouse.

The position of the agricultural counsellor is new, and Ms Kiilholma will have a lot of freedom to determine what she will be working on. The most important issue is the export of Finnish food, especially pork, which she is negotiating about with the Department of Agriculture, Land Reform and Rural Development. The “unofficial food ambassador” underlines especially the good quality and responsible production of Finnish food.
“In Finland, we have the cleanest food in the world, which is also very healthy and responsibly produced. Responsible production also opens new opportunities for Finland: we are pioneers in several new farming methods that take responsibility, climate, environment and the health and wellbeing of animals into consideration”, Ms Kiilholma explains.

In addition to farming methods, Finland can offer important expertise in hygiene and protection from epizootic (animal) diseases. Circular Economy is also an important theme currently where Ms Kiilholma sees good opportunities for export. “I feel that South Africa is developing so fast, that there will be increasing demand for understanding food production more systematically. Finland could contribute also in other sectors, such as forestry and management of water bodies”, Ms Kiilholma says. “There is a delegation coming to South Africa soon from our Ministry of Agriculture and Forestry. I look forward to increasing cooperation in the agricultural sphere and research in the future.”

Mr Marko Saarinen started as the new counsellor for development co-operation in August.  Mr Saarinen has worked with development issues already for 16 years: first for Unesco and the Red Cross in Mozambique, and later for the Finnish Ministry for Foreign Affairs in Ethiopia and Vietnam. Africa is therefore a familiar region for Saarinen, and some of his projects have involved activity in South Africa too.

As a counsellor for development co-operation, Mr Saarinen focuses especially on the Southern African Innovation Support programme, which aims to support the development of startup ecosystems in SADC, and especially in South Africa, Namibia, Botswana, Zambia and Tanzania. Mr Saarinen is responsible for the donor’s governance in the programme.
- Finland is one of the pioneers in this sphere, as we already have a strong ecosystem for startups. We also have experience and expertise in open innovation and in bringing the public and private sectors and universities together, Mr Saarinen explains.

The role of the private sector is crucial for employment and economic growth, and it is getting more important for development co-operation as well. In addition to supporting startups, the local cooperation funds in South Africa are used to support local think tanks, NGOs and in the near strengthening the private sector and job creation.  The most important thing for Mr Saarinen is the strengthening of networks.
- I am looking forward to support stronger linkages between Southern African countries, as well as with Finnish actors in the startup sphere. Now the links are somewhat weak, which is why we focus on the intermediary organisations that help to build the ecosystems. 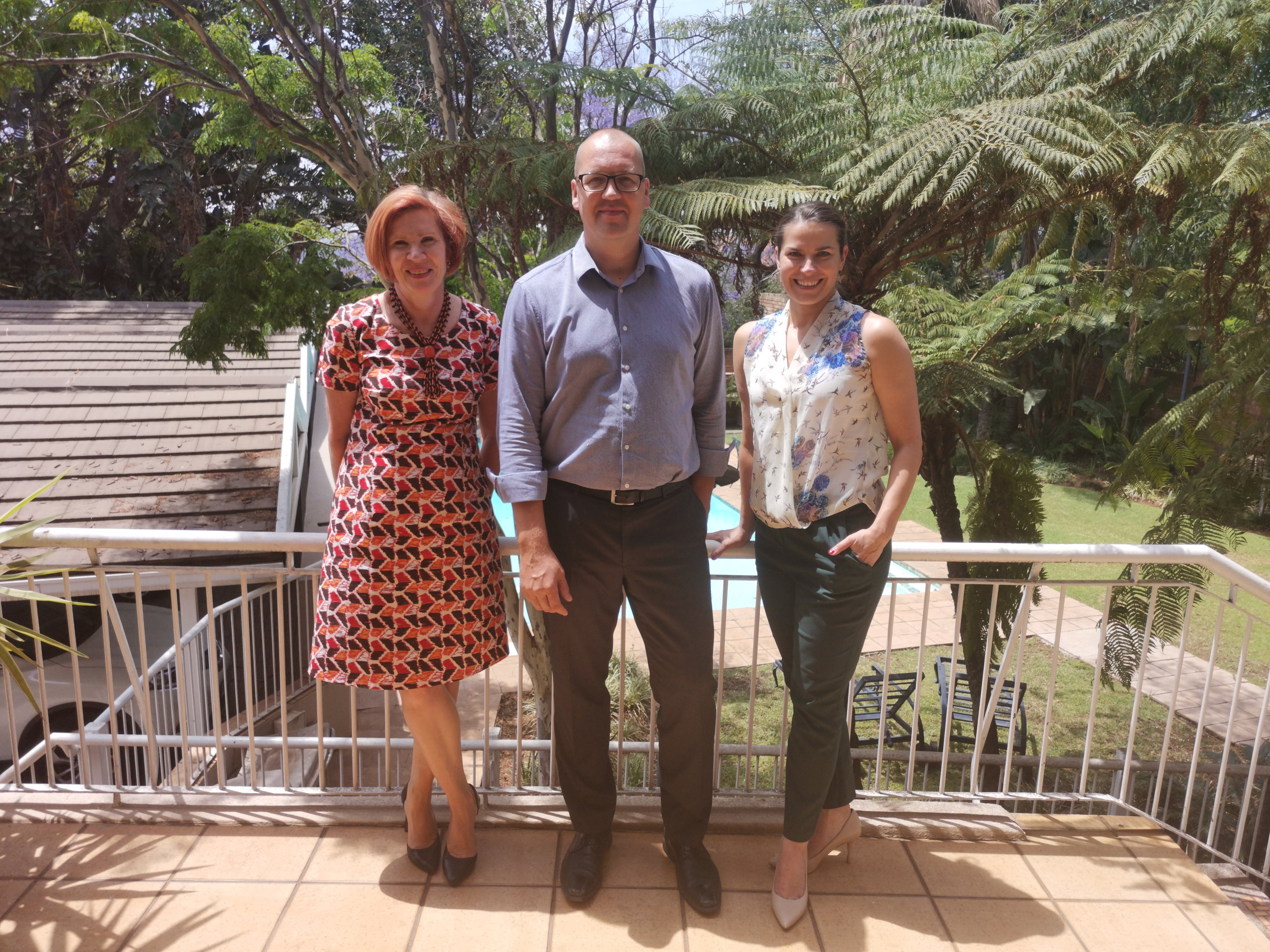