History of Finland's representation in Egypt

Finland recognised Egypt on April 8, 1922 and in the same year an honorary consul representation was established in Alexandria. The relations between Finland and Egypt were straightforward but communication was rather insignificant and was restricted to shipping in Alexandria. In 1930 the countries signed a temporary trade agreement. Trade relations were boosted when the ship, Suomen Joutsen, sailed to Egypt in December 1933 to showcase an export exhibition.

In 1939, Consul General Ernst Sohlberg was appointed to one of the most important junctions of the eastern Mediterranian, Alexandria, but the posting lasted only for two years. The World War II changed the political situation and in January, 1942 Egypt terminated the diplomatic relations with Finland. The embassy of Sweden represented Finland's interests during the war.

After the war the diplomatic relations were re-established in February 15, 1947. However, it took eight years before Ambassador Asko Ivalo was side accredited from Rome to Cairo. In 1956 Finland's participation to the aftermath of the Suez Crisis was central as Finland sent in peacekeepers to the region.

Embassy is established in Cairo

The relations between Finland and Egypt were taken to a new level in 1959 when the mission chancellery known as the commercial department was promoted to an Embassy on July 1, 1959. The first designated Ambassador in Cairo was Atle Asanti who presented his credentials in October 1, 1959.

In September 1959 the Embassy moved to its permanent premises at 2 Aicha El Taimouria, Garden City and a villa as a residence for the Ambassador was bought in 112 El Nil Street, Dokki. The Embassy immediately began establishing relations with the local officials, diplomatic corps, businesses and the press.

The beginning of the 1960's was the time of regularizing the operations of the embassy. Trade relations developed positively and tourism from Finland to Egypt grew slowly. In April 1963 the Embassy moved to new premises in the district of Zamalek to 2 Malek El Afdal Street where it operated till the year 1981. In 1965 Finland and Egypt signed an agreement preventing double taxation.

In January 1967 president Urho Kekkonen visited Egypt. The visit of the Finnish president got a lot of positive publicity in the media and stimulated the countries' interest to one another. Several economic delegations traveled from Finland to Egypt in order to explore possibilities for cooperation in the field of trade and culture. However. the growing political unstability of the Middle East hindered the development of the economic relations. After disengaging the military operations, Finland distinguished in peacekeeping activities which earned the gratitude and appreciation of Egypt.

The trade relations started reviving again with forestry products, sawn timber, paper and cellulose consituting the bulk of the trade. Egypt was the most important export country in Africa for Finland. The first visit of the Minister of Foreign Trade took place in 1971 when Olavi J. Mattila travelled to Egypt.

The development cooperation between Finland and Egypt started in 1975, when the funds were used to the electrification of six rural villages carried out by Nokia Oy. Egypt was chosen to be the country of agenda of development cooperation in 1980 and the main branches of the cooperation were agriculture and food industry, industrial, energy and infrastructure projects as well as telecommunication and healthcare.

Egypt became an important tourist destination for Finns. In October 1979 an air traffic convention was signed and a month later flights  between Helsinki and Cairo were established. In 1980 the countries signed an agreement on protection of investments and three years later a cultural agreement was concluded.

The Embassy of Finland operated on El Kamei Mohamed Street in Zamalek between 1981 and 1989 before moving to the current location.

From the 90s to the present 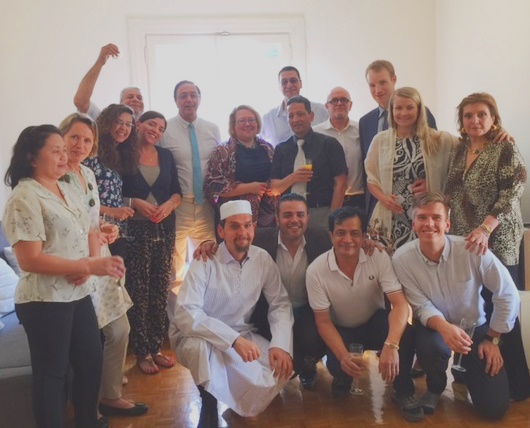 Egypt developed into a lower middle-income country due to the economic growth of the 1990s. Therefore, in 2001, Finland made a decision to withdraw from traditional grant based development aid by 2007 and to move towards a more diverse partnership with Egypt. The transition phase was carried out in 2005-2007. Bilateral projects were completed in a sustainable way to the satisfaction of the Egyptians.

The Embassy’s premises in Abu El Feda underwent a major renovation that started in the autumn of 2016 and was completed in 2017.

Finland is represented in Cairo by Ambassador Pekka Kosonen from 1 September 2021 onwards. Finland's relations with Egypt are good and well-functioning. Egypt is significant for Finland because due to its demographic and geographical scale and its location.

Despite Egypt’s political instability in the recent years, Finland’s commercial relations with Egypt have remained at a high level. Forest industry products still make up a large part of Finland's exports to Egypt, but there is also trade on machines and equipment. As an EU Member State, Finland is also actively participating in the joint action of the Member States and the EU External Action Service in Cairo. 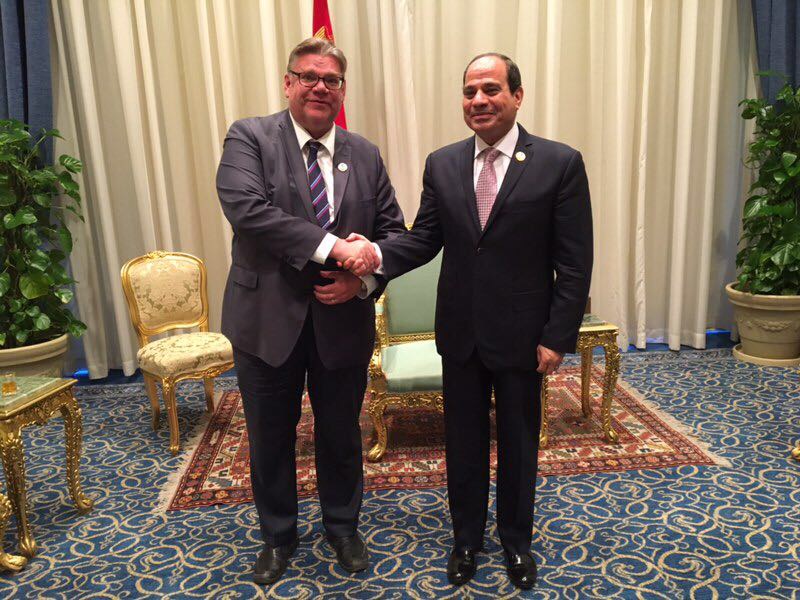 Finnish Heads of Mission in Cairo