Finland has excellent relations with India. Finland established diplomatic relations with India in 1949, after the country had gained independence in 1947. In recent years, the consolidation of the political and economic cooperation between the countries has been reflected in an increase in joint initiatives and the active exchange of delegations. 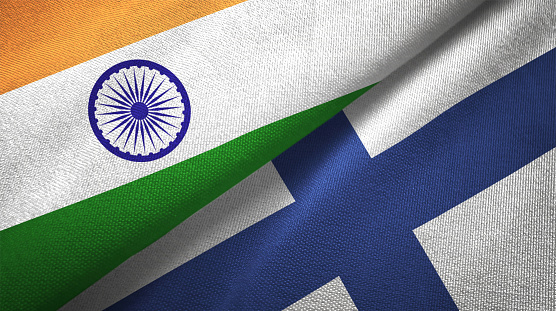 As a rule, the Finnish state leadership’s visits to India have been accompanied by large delegations that have made significant contributions to our cooperation in the fields of trade, the economy, science and innovation. The most recent Indian visit to Finland was made by Minister of External Affairs Subrahmanyam Jaishankar in the autumn of 2019, followed by Minister for Foreign Affairs Pekka Haavisto’s and Minister ofLabour Timo Harakka’s visits to India in late 2019. The Finance Committee of Finland’s Parliament also made a visit to India in early 2020.

Particularly promising fields of cooperation have been identified between Finland and India, and these will be used to accelerate collaboration between companies, authorities and experts in a variety of sectors. Some of the most recent cooperation initiatives have been made in the fields of vocational training, cyber security, space, the environment, tourism and digitalisation. An increasing number of Indian tourists are finding their way to Finland, and Indian specialists make up a significant portion of the international experts working in Finland, especially in the fields of information and communications technology.

India is an important international partner to Finland. India is the world’s largest democracy and has a globally important role in the fight against climate change.

India is also a key partner of the European Union, which published its latest strategy for relations with India in 2018. The strategic partnership centres on international, regional and security themes, trade and economic relations, sustainability and modernisation, cooperation in the fields of science and innovations, as well as connections between people, such as student exchanges and cooperation between experts and civil societies. Read more about EU-India relations: https://eeas.europa.eu/delegations/india/670/india-and-eu_en(layout.types.url.description) (Opens New Window)

Finland’s trade and economic relations with India rely on our traditional strengths: the export of paper, machinery, equipment and industry services from Finland to India; local production by Finnish companies in the Indian market, particularly in the telecommunications, energy, construction and heavy industry sectors; as well as expert services and R&D activities, especially in the field of digital business solutions. India’s exports to Finland are correspondingly centred on pharmaceutical, chemical and textile products. Services – particularly in the area of ICT and digital solutions – also have a significant role in Indian exports to Finland.

The total direct trade between the two states is in the region of EUR 1.5–2 billion annually, roughly equally divided between goods and services. Finland has a slight trade surplus with India, especially in the goods trade, but this does not include the significant production volume of Finnish companies in India: telecommunications networks, power plant technology, lifts, excavation and mining equipment, as well as digital solutions developed and manufactured by Finnish companies in India as part of their global production chains.

Approximately 30–40 Finnish companies, mostly consisting of large listed companies and Finland’s largest family-owned businesses, have a permanent presence and active business operations in India. In addition to these, dozens of other companies trade with India or have smaller-scale local operations there, bringing the total number of Finnish companies involved in trade with India to roughly one hundred. Finnish SMEs and start-ups do not have an extensive presence in India as of yet, but certain pioneering companies have made moves into India and more are expected to follow, particularly in the field of digital solutions. A handful of Indian companies, mostly outsourced IT service providers, have a permanent presence in Finland. In addition, Indian IT experts constitute the largest group of experts working in Finland on short-term contracts. The significance of the trade in services is expected to keep growing for both countries in the areas of digital solutions, design and maintenance.