Security and defence – what is there to be expected in December? 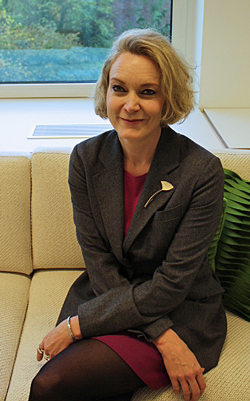 Piritta Asunmaa is the Ambassador for the Political and Security Committee.

At its December summit, the European Council will discuss the Common Security and Defence Policy of the EU for the first time in eight years. The issue has awakened a lot of interest both in Finland and elsewhere in Europe. In recent years we have grown used to endless European Council meetings dealing only with  the fate of the euro. Why have security and defence matters now risen onto the agenda of the heads of state? What objectives have been set for the talks? What results can be expected in December?

The operating environment of the EU has changed significantly in the last decade. A pointed reminder of this is the first sentence of the European Security Strategy approved in 2003: “Europe has never been so prosperous, so secure nor so free.” There is no point in overdramatizing the current situation, but clearly many things have changed. The global financial crisis and the Eurozone crisis have weakened the Union’s operating capacity, while the influence of the emerging economies has grown. The United States is strategically aligning itself with Asia, and expects the EU to bear greater responsibility for the security of its own area and surroundings. The Union’s neighbouring regions are in upheaval, especially due to the Arab Spring. Cyber security risks have grown significantly.  Meanwhile, the financial crisis has caused all European countries to cut their defence budgets. The total defence budget of the EU member states has fallen by around 20% since 2000.

In this situation it is necessary for the member states to work together, discussing policy issues at the highest political level – among heads of state.

In December 2012, the European Council defined three “baskets” or areas of focus for its December 2013 meeting: the Common Security and Defence Policy, the development of defence capabilities, and the European defence industry and defence market. The novelty in this is the fact that defence and security issues are approached comprehensively rather than through crisis management. Now the discussions also involve industrial, internal market, employment and R&D policies.

The issue concerns the future of the European defence industry – its competitiveness, requiring investments in research and innovations, as well as better operation of the internal market. It is a question of hundreds of thousands of jobs. Other matters involved include space, energy, maritime safety and cyber security. The particular strength of the EU lies in its comprehensive approach. This is one of the principal reasons for which it is justified to discuss defence-related issues  specifically at the EU level rather than, for example, within NATO.

Economic issues still at the forefront

Despite the importance of defence questions, we must keep in mind how full the European Council’s agenda is. The Council will be discussing many other topics as well. The biggest concerns of the heads of state at the moment are related to jobs, competitiveness and slow economic growth. It is quite possible that only limited time will be dedicated to defence issues in December.

According to current estimations,  the economic dimensions of defence will be the main topic of discussion in December. Presumably, concrete proposals will be made as to promoting defence research and innovations, supporting SMEs in the industry and developing internal market rules related to defence functions. Consensus on these matters is already relatively broad. Another objective is to agree on concrete capacity projects, probably related to unmanned aerial vehicles, aerial refuelling, satellite communications and cyber defence. The December Council also aims to create a basis for closer collaboration in security matters between the Commission and the member states.

Not all problems will be solved in December

When considering the outcomes of European Council decisions, it is important to remember that it is a lengthy, decades-long process. Development is always slow and gradual in the EU. Therefore we cannot expect all problems to be solved in December. The  important thing is to bring defence and security issues to the table, achieve a few concrete decisions on capacity, and set assignments for further work. The aim is for the European Council to consider defence issues at regular intervals in the future. Some proposals have been made for a European Semester for defence coordination.

Concerning results, one of the central questions is the Commission’s vision as to what incentives it can offer to the member states for strengthening the internal market dimension. It would be momentous news were the Commission able to assign a budget already in December for a project related to unmanned planes, for example. By holding out a carrot, so to speak, the Commission could also allay the worries of some member states in relation to the division of executive powers. Another important questions related to results is the enforcement of internal market rules. Currently statistics show the European armaments market as protectionist. In December the Commission must believably be able to demand compliance with regulations in the armaments market. In practice, the means of enforcement available to the Commission are infringement procedures, i.e. summoning member states to the European Court of Justice.

Collaboration but no common defence

We must be careful not to awaken misguided hopes or fears regarding December. The European Council will not decide on the development of common defence systems, nor will it pass new EU legislation. The future is built on the member states’ terms. It is a gradual process.  It is also important to keep in mind that not all increases in collaboration necessarily mean  deepening of EU integration or a shift of decision-making power to Brussels. Both bilateral and regional defence cooperation exist in other alliances, too.  Nordic defence cooperation is particularly important for Finland.  The crucial thing is to ensure that member states are properly equipped to respond to existing and future threats. All the member states agree that this requires closer collaboration.