1.4 euros a day for safe and sustainable food 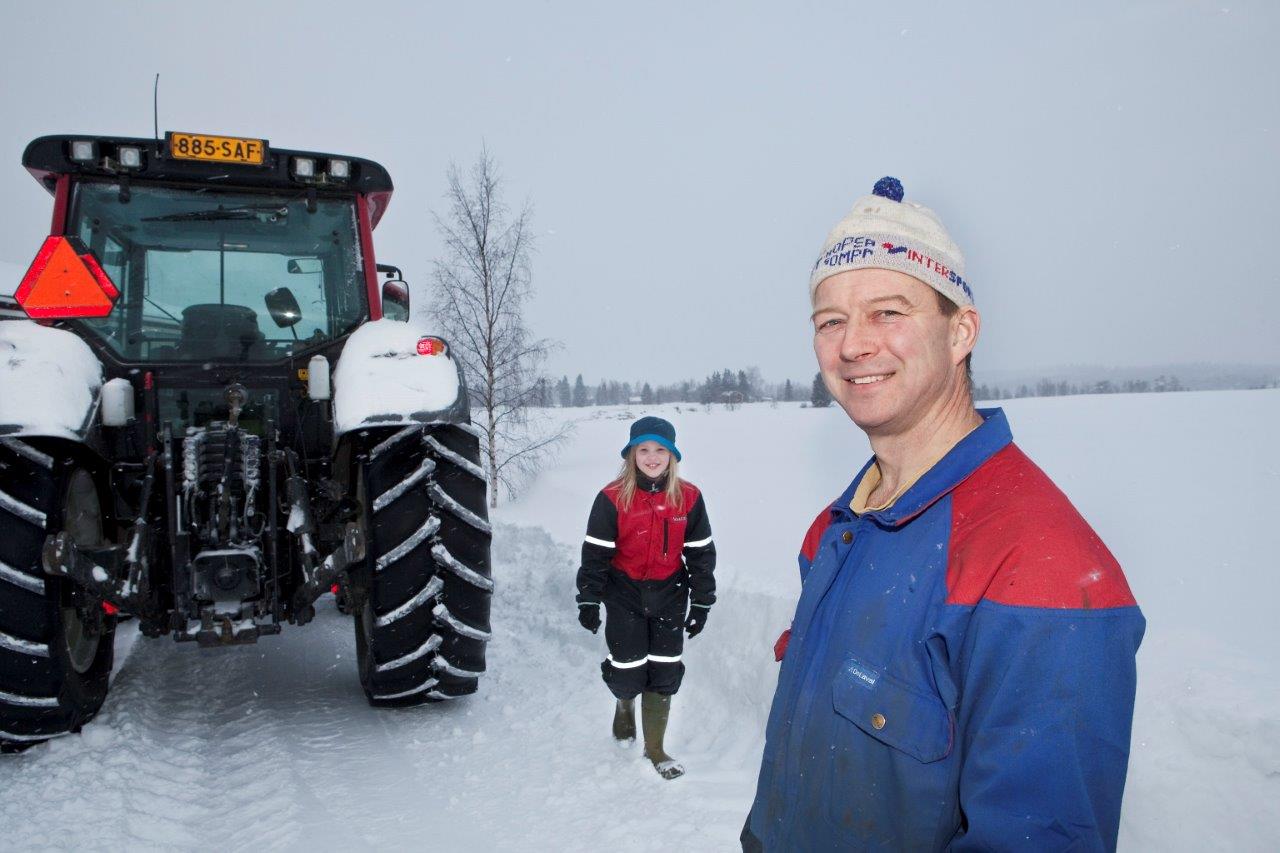 Maintaining food production that operates on a sustainable basis in the Finnish conditions requires strong public inputs and various kinds of support instruments, all of them compliant with the rules of the EU’s common agricultural policy, writes Minna-Mari Kaila.

There is a talk a lot about Finnish agriculture and especially the ways to support it. This is a good thing. The topic is highly important, and support policy with all its complications is far from simple. Large amounts of the public funds collected as taxes are used to support agriculture and the rural areas, which is why public discussion is also needed.

Quick arguments and simplistic views thrive especially on the internet, while basic facts may be forgotten. Here is one simplistic view that is strongly based on fact: each and every one of us relies on the product of the farmers' labour multiple times a day.
Let’s think about the game industry for instance - a fantastic new business that brings a lot of revenue to Finland - but the numbers of uploads or the turnover are not enough create a good and satisfying meal.

Agriculture produces the raw material for food by using water and nutrients to convert solar energy into foodstuffs, which are the source of energy for us humans.

New food production solutions are being developed, but for decades to come most of the raw material of foodstuffs will grow in the fields and under the sun. The production process as such is very simple but also highly sensitive to natural conditions, which is why it works in very different ways in Finland and central Europe. Even in the southernmost parts of Finland the growing season at its best is just about half a year, which means that the yields are far below the EU average. Potatoes don’t grow in freezing conditions. Distance from the large European markets and within the country itself, sparse population and cold conditions cause various kinds of additional costs in Finland.

Producing a litre of high-quality Finnish milk costs more than 70 cents(Link to another website.). At the moment a Finnish dairy farmer earns about 40 cents per litre, just a little over a half of the production cost. Without any support instruments domestic production would decrease considerably and become based on a more industrialised production model in fewer regions.

Finland should continue to produce food despite the high costs

Clean and abundant water resources as well as clean air and soil are Finnish assets that give us an enormous competitive advantage. Here we compete with sustainable, high-quality food production.

Studies show that Finnish foodstuffs are the cleanest and safest in Europe(Link to another website.). This is one of the reasons why Finnish consumers want to buy food that is produced close to them. How food is produced truly matters.

The payments and regulations guide the production to go beyond the basic EU requirements in environmental and animal welfare issues. The production conditions and supply chains are followed very closely and the traceability of food raw material is among the best in the world.

In central Europe antibiotics and other medicines are commonly used for animals “just to be on the safe side”. In many countries the use levels of medicines per animal in livestock production are many times those in Finland and Sweden, where veterinary medication is strictly regulated and based on a proven need. The matter is truly urgent, also because every year more than 25 000 people in Europe die of antibiotic resistant bacterial infections, and the problem is escalating.

Maintaining own food production that operates on a sustainable basis in the Finnish conditions requires strong public inputs and various kinds of support instruments, all of them compliant with the rules of the EU’s common agricultural policy.

The European Commission is constantly monitoring that the reasons for the support payments in the Member States are duly stated and competition on the single market is functioning as it should. In Finland the main purpose of agricultural support schemes is to compensate for the high production costs resulting from the northern location. Support is paid on the basis of the numbers of cultivated hectares or animals on a farm and the quantities of e.g. milk produced. Support payments also compensate for the costs that arise from measures to improve the state of the environment or animal welfare that go beyond the basic statutory requirements.

EU's agricultural policy does not involve means testing, but each environmental or welfare measure taken in accordance with the relevant conditions or kilo of milk, meat or cereal produced is of equal value independent of the actor or producer.

In Finland a little under EUR 2 billion a year is used for funding agricultural support and rural development.

Most of this, 88%, is used for the support payments to farmers described above. About 6% of the funding goes to rural enterprises and various kinds of development projects. The aim is to promote innovation and access to fast broadband connections and services and create hustle and bustle for the benefit of the whole country. The remaining 6% goes to investment aids to improve the profitability of agriculture.

Eight euros for food per day

According to Statistics Finland, in 2016 Finland used about 11% of our consumption expenditure for food and non-alcoholic beverages.

The share of housing was the highest, about a third, while that of transport was 15%. The average food consumption expenditure per capita per day in Finland was about eight euros(Link to another website.). If the same formula is used for the amount of financial support to agriculture and the rural areas, the cost per capita per day is about four euros. Quite a moderate insurance premium for pure and safe food and viable and well-managed Finnish countryside, which also provides employment to about 340 000 people in the whole food chain.

Minna-Mari Kaila, Director-General, Ministry of Agriculture and Forestry of Finland

Read more about the Finnish CAP: