Finland Abroad -websites
Finland has ten trees for every person in the world
News, 10.10.2016

Finland has ten trees for every person in the world 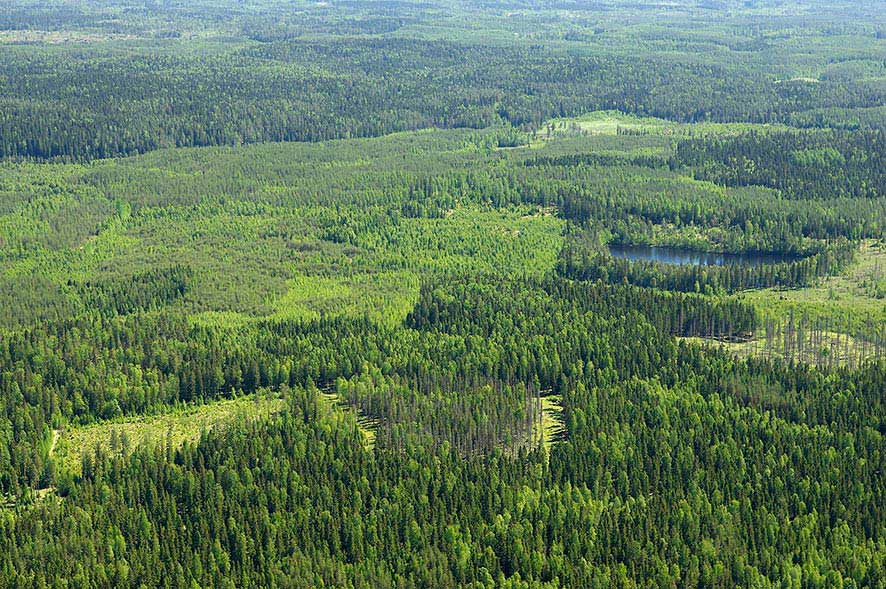 Finland is a country of trees and never-ending forests. According to rough estimates, there are about ten trees per every person in the world in the Finnish forests. In cubic meters, the forest capacity in Finland has never been so large ever since known history of National Forest Inventories (NFI). Due to a history of almost hundred years of data collection, Finland has a vast storage of information of its forests.

Such were the messages by Professor Hannu Ilvesniemi from the Finnish Luke Natural Resource Institute, at the Bioenergy seminar organized at the Permanent Representation of Finland to the European Union in late September. The seminar gathered together forest researchers from Finland and Sweden to discuss the significance of forests, and their impact on climate change mitigation, biodiversity and economy. The importance of the subject to the two countries is hardly surprising – the two countries represent over 30 percent of the EU’s forestland(Link to another website.).

As Professor Ilvesniemi points out, coexistence of a variety of ecosystems in the forest is important. Forest management and use should thus aim at including simultaneous growth of trees of different ages in the forest life cycle. Logically, if all the forest would be old, the diversity would also only represent the diversity of an old forest.


Towards a carbon-neutral society

By the 1970s, the Finnish forest use more or less equaled the annual growth rate. Around that time, with financial support of the World Bank programs were launched to invest heavily in forestry and forest economy. Even though wood consumption has increased over the years, as a result of more efficient forestry measures forest growth has accelerated so that only 60-70 per cent of the annual growth has been used in recent years. This means that there is enough of stem wood available also for the projected new investments, Ilvesniemi assures.

The issue of carbon debt of the wood is commonly highlighted by environmental organizations in Brussels. Yet debt as a term is polemic. Ilvesniemi doesn’t agree with the arguments of wood based carbon debt when it comes to the use of the accumulated savings. As an example, if wood is burned, the carbon tied to the wood returns to the atmosphere, but to have anything to burn in the first place, the plant must have first bound the atmospheric carbon dioxide into its biomass. In the long run, the amount of carbon dioxide in the atmosphere does not increase merely by using the wood.

The increasing amount of carbon dioxide in the atmosphere has other explanatory variables behind – namely the accelerating rate at which fossil energy has been used for over a hundred years. Burning fossil fuels releases carbon dioxide that has been preserved for 200 million years, and which doesn’t turn back into coal or oil. When using wood, the carbon rotates between vegetation and the atmosphere.

According to Ilvesniemi, Finland is on the way of becoming a carbon neutral country in the coming years due to emissions reductions and growing forest carbon sinks.

In reference to carbon balance, Ilvesniemi reminds that in short term perspective, one needs to take into consideration a large land area, such as a the forests of a whole country. In long term perspective, e.g. a century, it is possible to observe a smaller land area.

According to research professor Jari Hynynen from Luke the detailed scientific information about Finnish woodland volume and structure dates back to the 1920s. In early 1970s, Finland's forests increased by 57.4 million cubic meters per year. Today, the growth has increased to 104.4 million cubic meters, thus in 40 years the forest growth has increased by 81 per cent. 63 per cent of the increase is a result of forest management.

Proper soil preparation together with planting with breeded seedling material and fertilization of older forests can further increase the tree growth. With efficient forestry the annual level of cuttings of timber can be increased by 40 per cent without reducing the volume of wood in the forests.