Finland Abroad -websites
The 60th anniversary of diplomatic relations between Finland and Cyprus ended in the celebration of the Finnish Independence Day
News, 20.12.2021

During the last year, the 60th anniversary celebrations of the diplomatic relations between Finland and Cyprus were organized primarily virtually, however also physically towards the end of the year. The anniversary year was concluded at the Finnish Independence Day receptions both in Nicosia and in Limassol.

Around 120 people participated in the Independence Day reception held at the residence of the Ambassador Harri Mäki-Reinikka. The President of the House of Representatives Annita Demetriou was the Guest of Honor named by the host country. In her speech, Demetriou emphasized the meaning of the good bilateral relationship and cooperation between the two countries in the EU as well as in the UN.

Demetriou thanked Finland for decades’ long support and solidarity towards Cyprus, especially in the efforts for the reunification of the island. Cyprus is in a debt of gratitude especially to the more than 10 000 Finnish peacekeepers who have served on the island since 1964, Demetriou said. 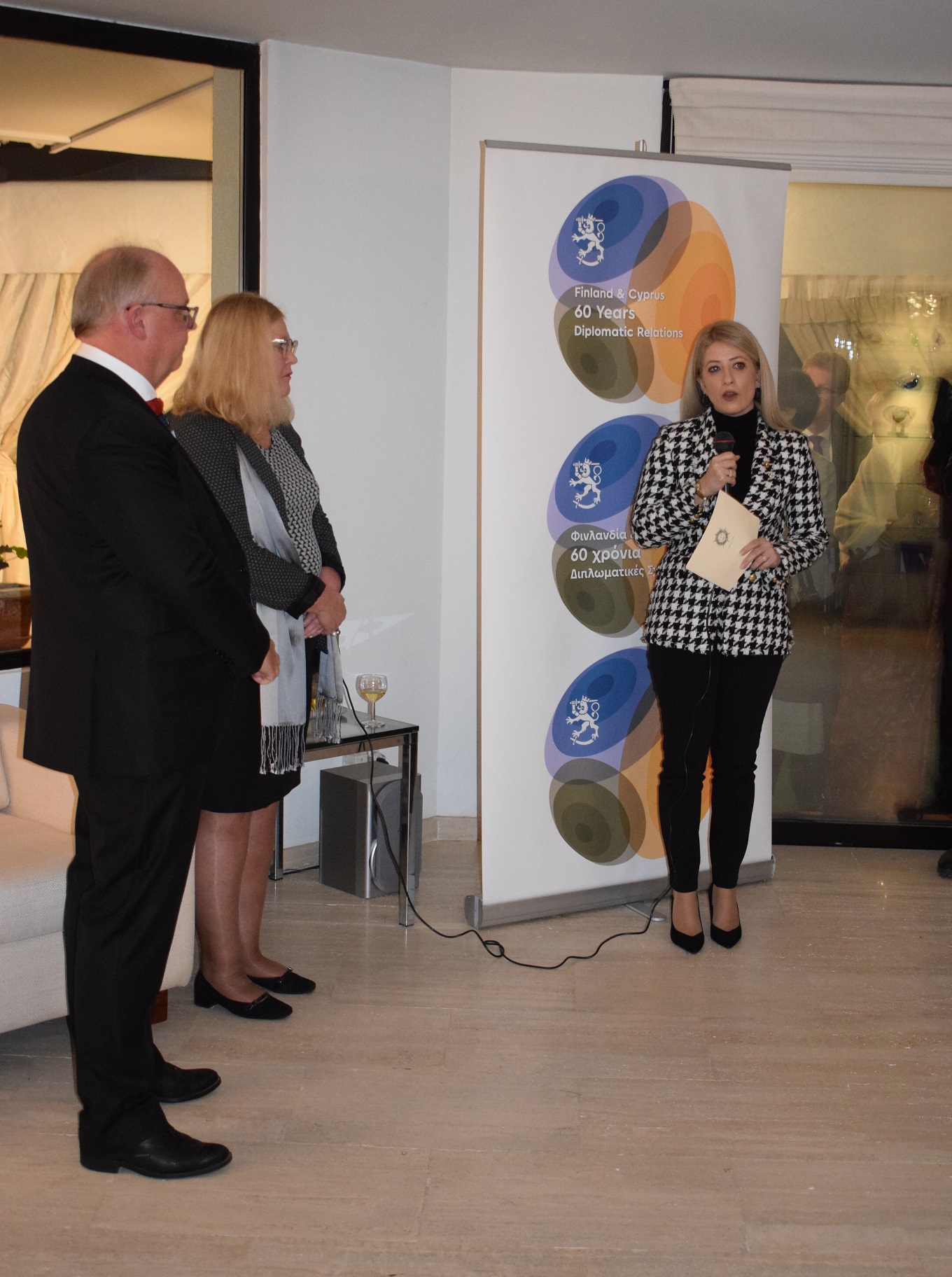 The President of the House of Representatives of Cyprus Annita Demetriou thanked, among others, Finns who have served in Cyprus in UN peacekeeping forces. Finnish presence in Cyprus since 1961 - photo cavalcade(Link to another website.) 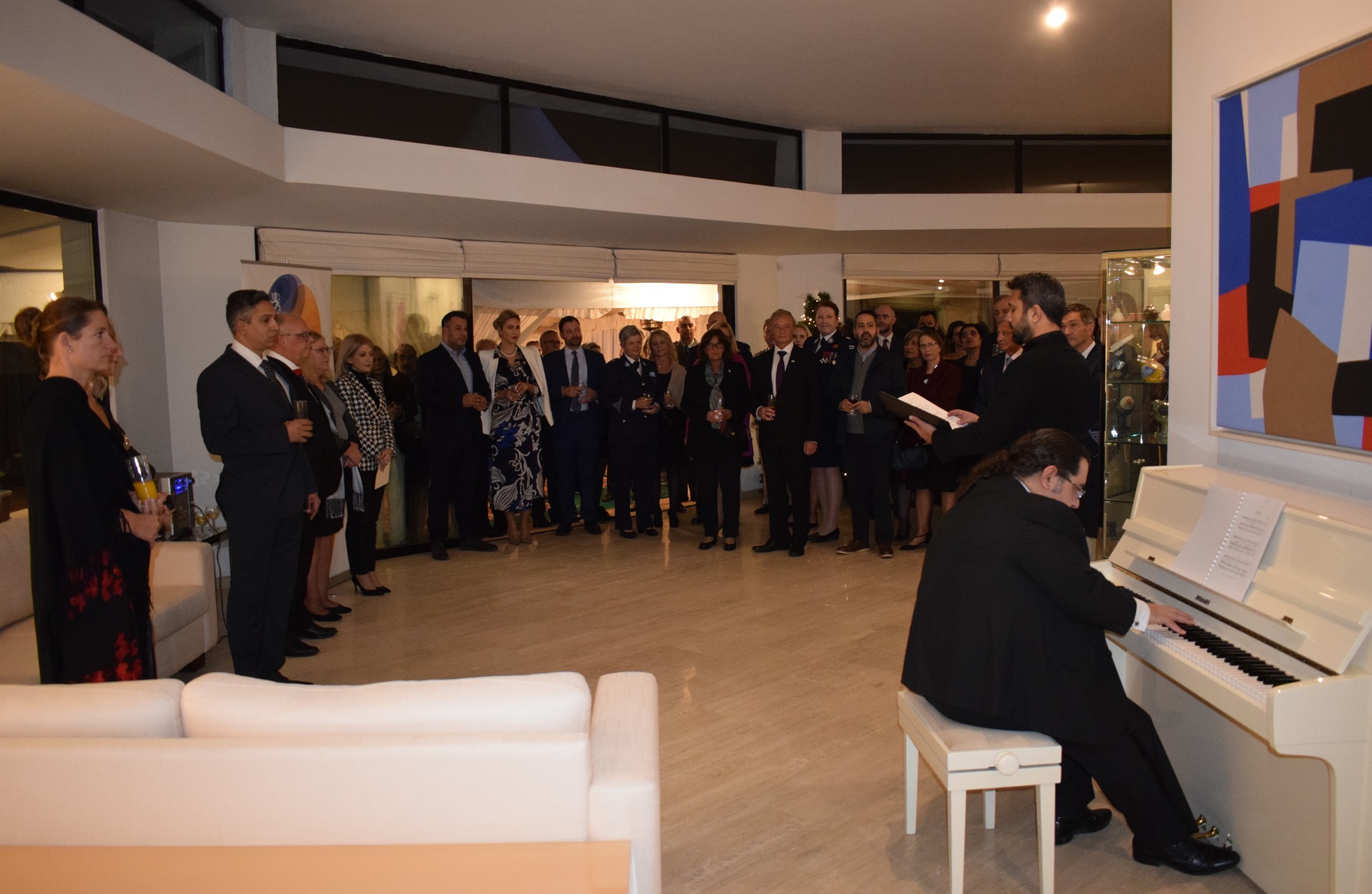 At the reception, tenor Marios Andreou performed the national anthems of Finland and Cyprus as well as Ode to Joy by Beethoven. 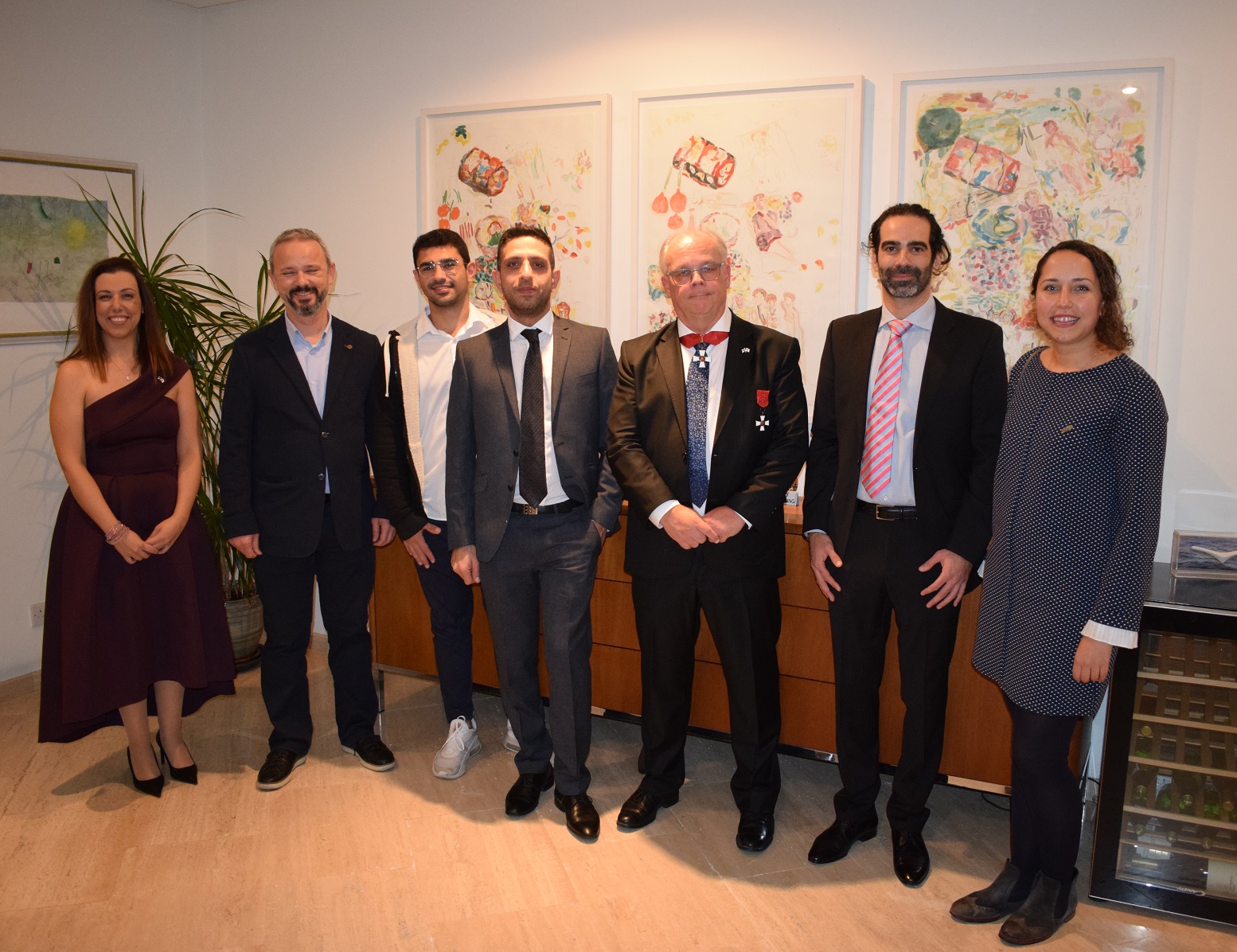 Together with the Chambers of Commerce on both sides of the island, NI-CO of Northern Ireland, and European Commission, Finland has supported the bicommunal Startups4peace (Link to another website.)–peace mediation initiative already for several years. Annually, the highlight of the initiative is the participation of the winners in SLUSH Helsinki. In the photo, there are the Startups4peace winners of 2021(Link to another website.), the representatives of Bevolt & Caretta and Cyrob Robotics Temel Ungor, Mustafa Dağkiranlar, Zenonas Zenonos and Michalis Vassileiou, the assistant to the Ambassador Marilena Kyprianou, Ambassador Harri Mäki-Reinikka, and Project Coordinator Melike Kalkan. 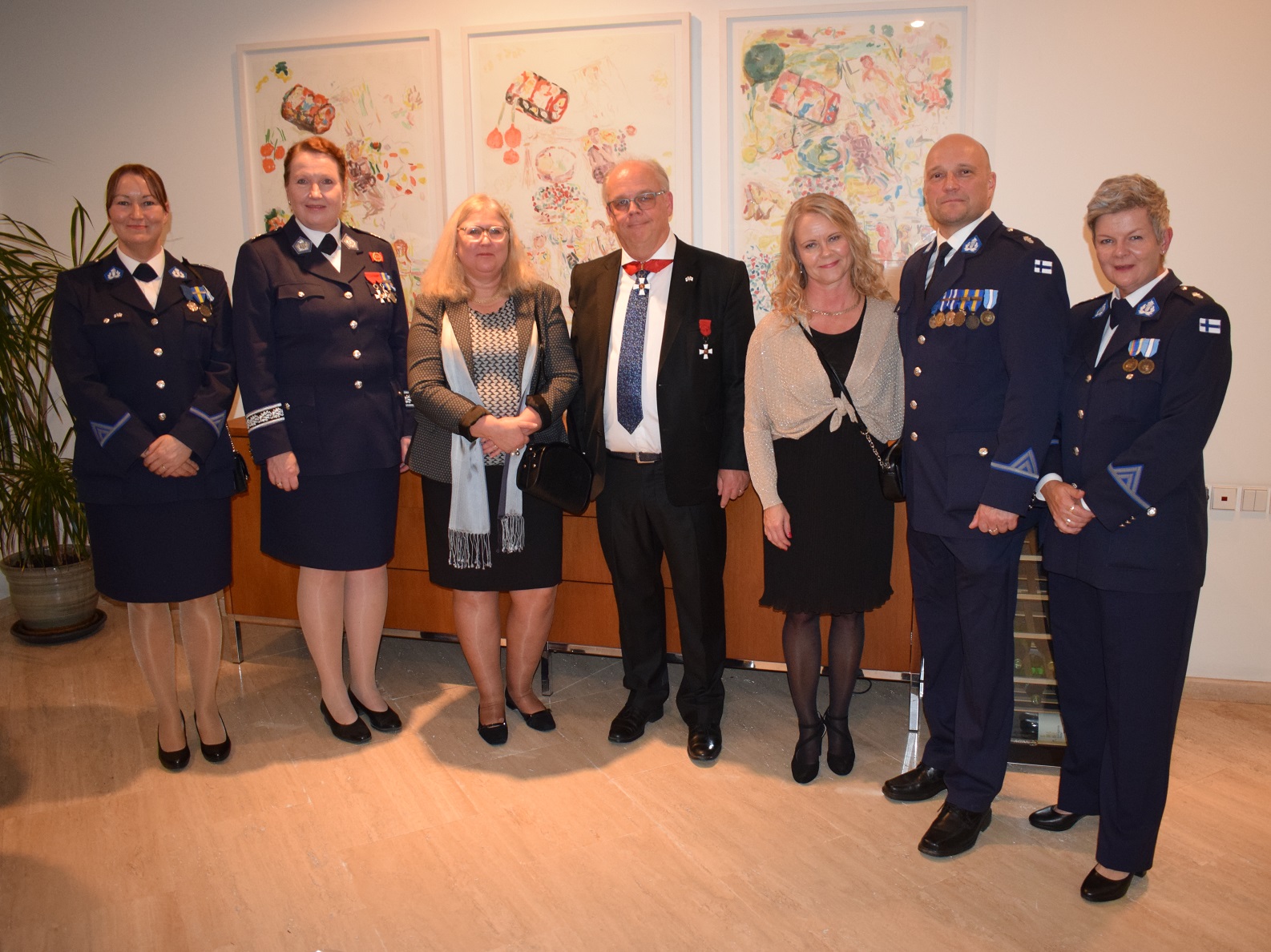 The Finnish flag was raised in the UNFICYP for the first time since 2005 when our UN police officers started their tasks in Cyprus in April(Link to another website.). In the photo, Satu Koivu and Tarja Koivisto are on the left side of the Ambassador and his spouse Carola Adler, and on the right side, there are Tytti Tammi and Jan-Erik Martin with his spouse. 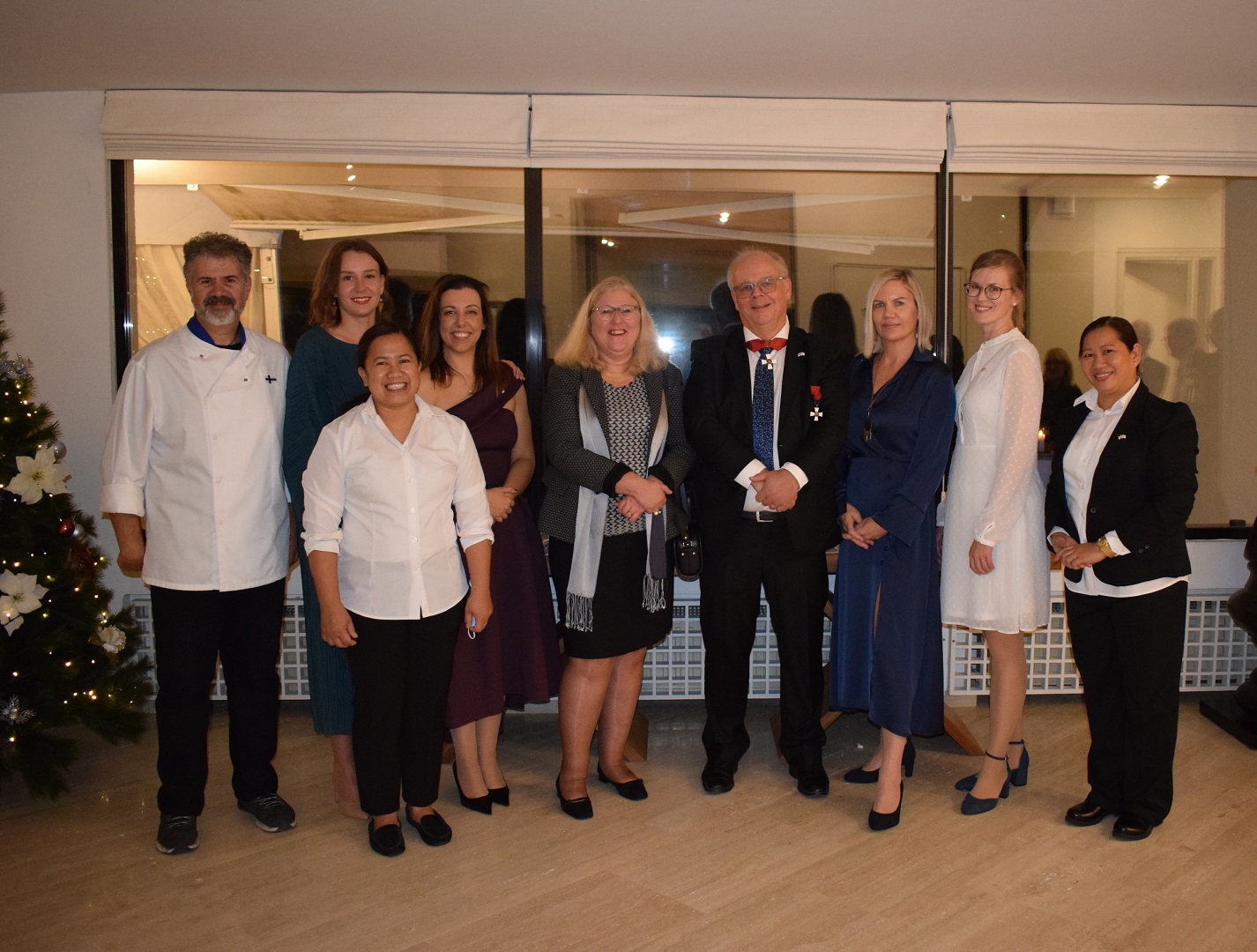 The personnel of the Embassy at the reception. 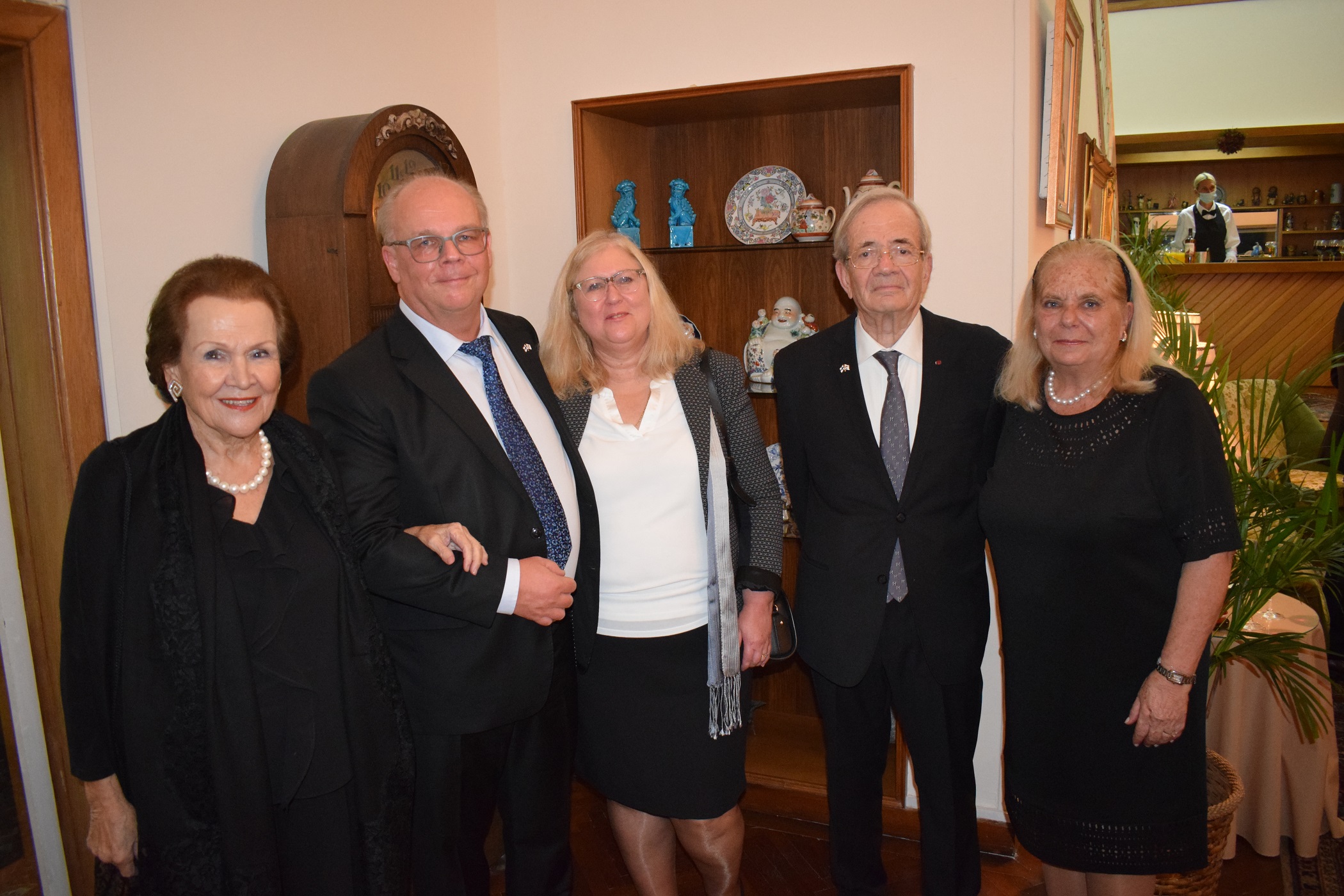 In the photo on the left side of the Ambassador, there is Nina Hadjimiltis, whose late husband Ambassador Demos Hadjimiltis acted as the Dean of the Diplomatic Corps in Helsinki in the 1970s. Mrs. Hadjimiltis has many stories of the “stylish and charming” late president Urho Kekkonen. 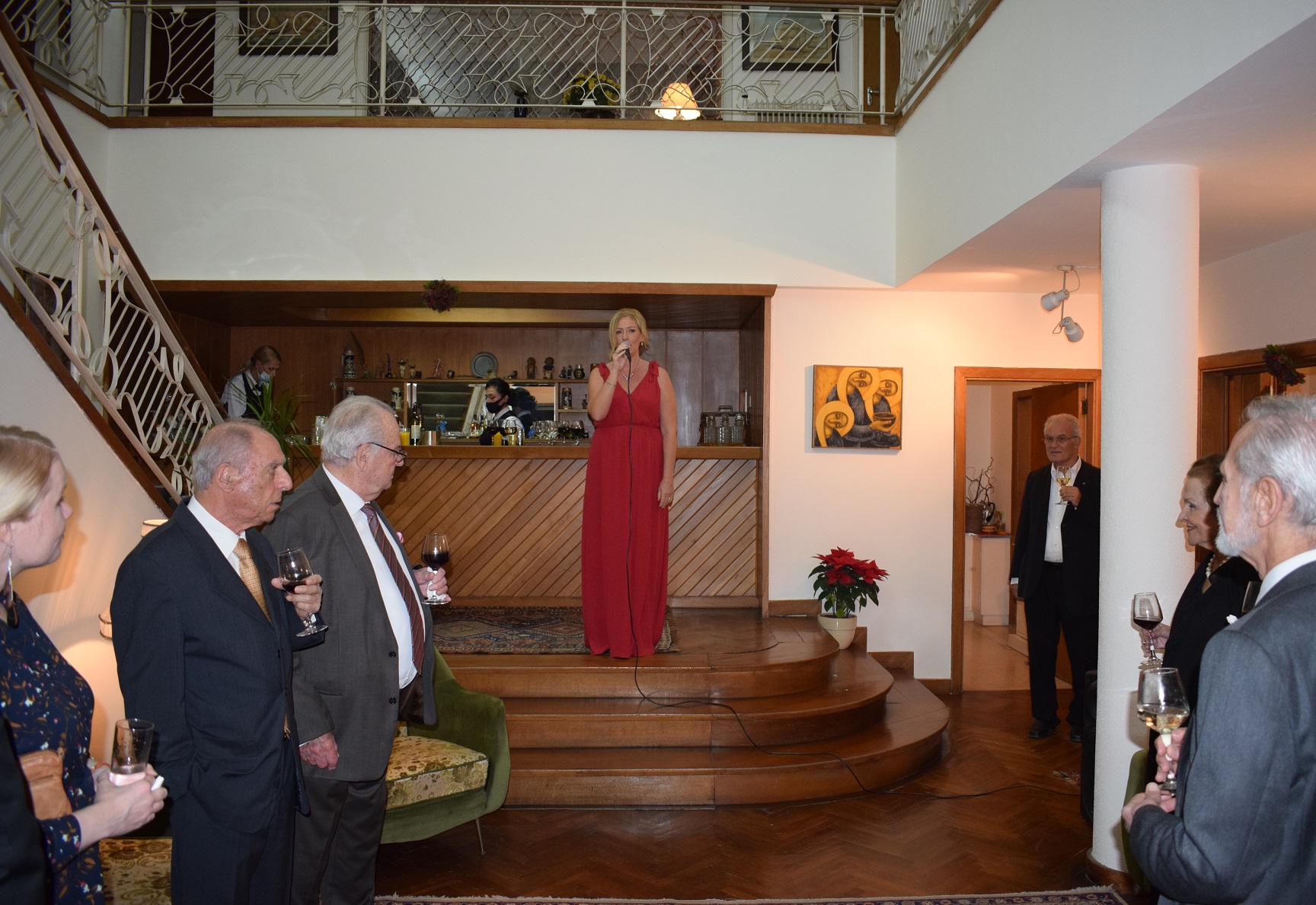 Cecilia Berg Mouskovia, who lives in Cyprus, sang Saint Lucia and the Christmas song rated as the most famous in the world, for example Silent Night, at the Limassol reception. 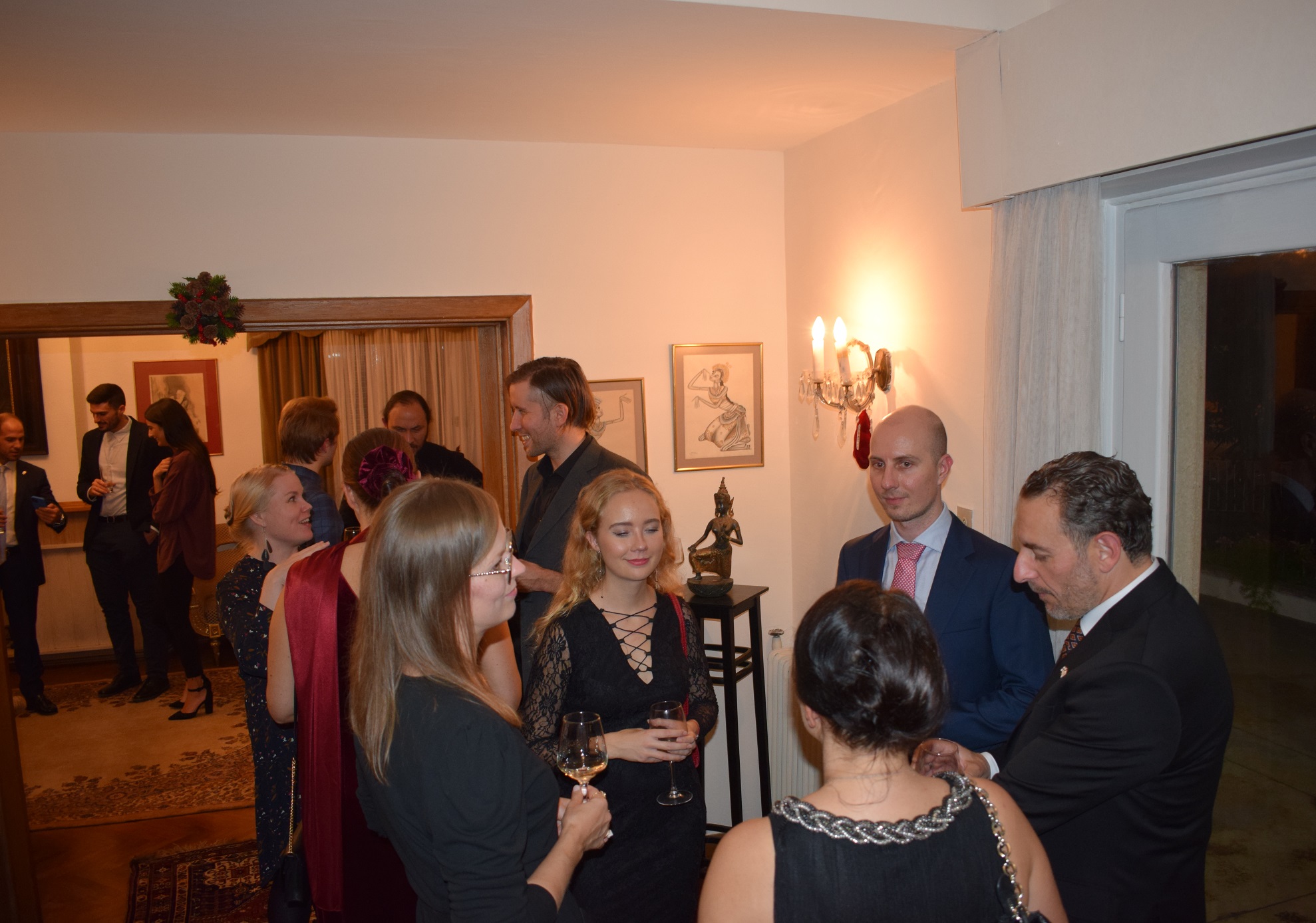 Party atmosphere among the younger generation. 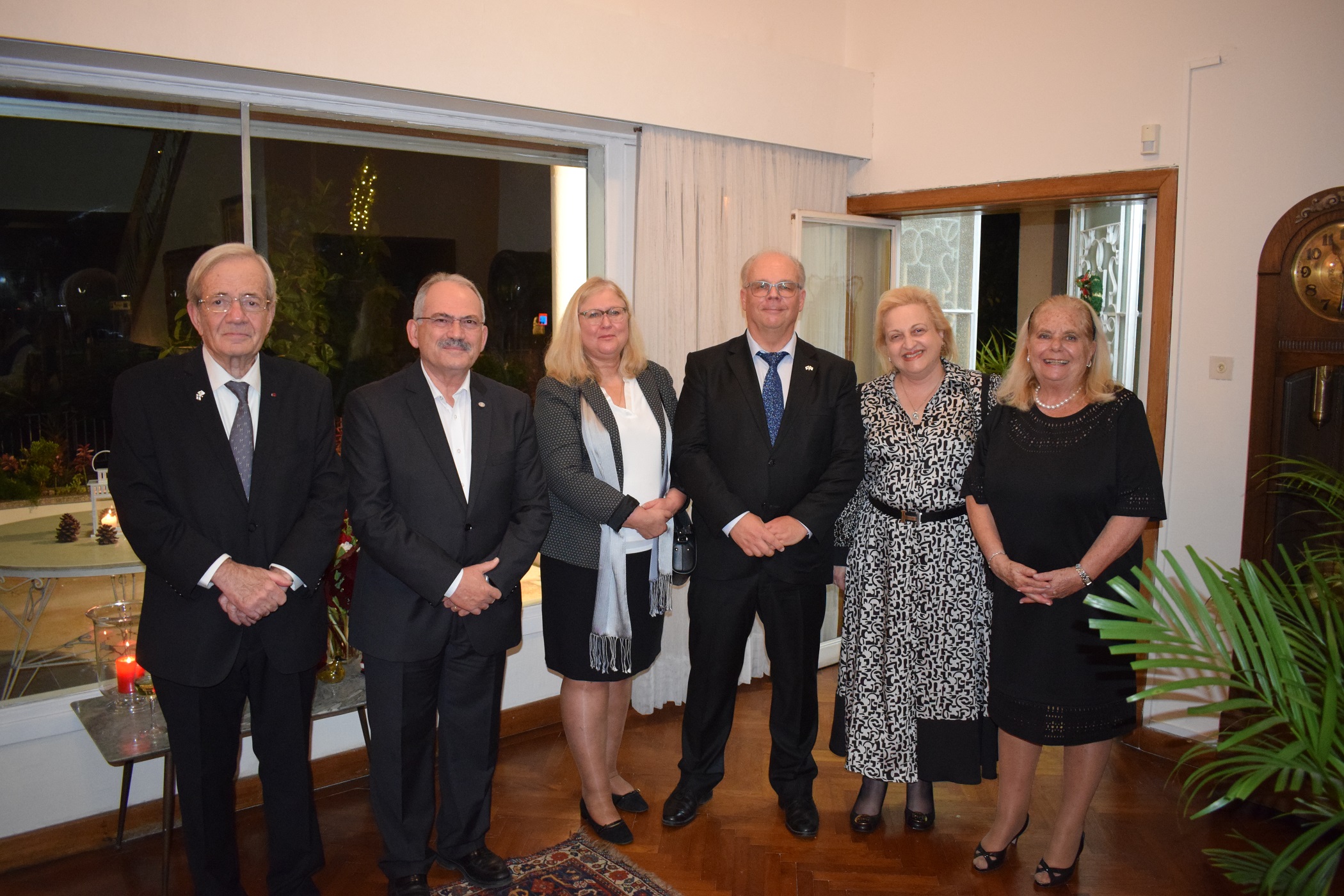 Also the Mayor of Limassol Nicos Nicolaides with his spouse honoured the reception with his presence.