Finland aims to bring questions of equality to the forefront of the international conversation. The Hän recognition forms part of a broader campaign about equality, launched in June 2019 and continuing until the end of the year. 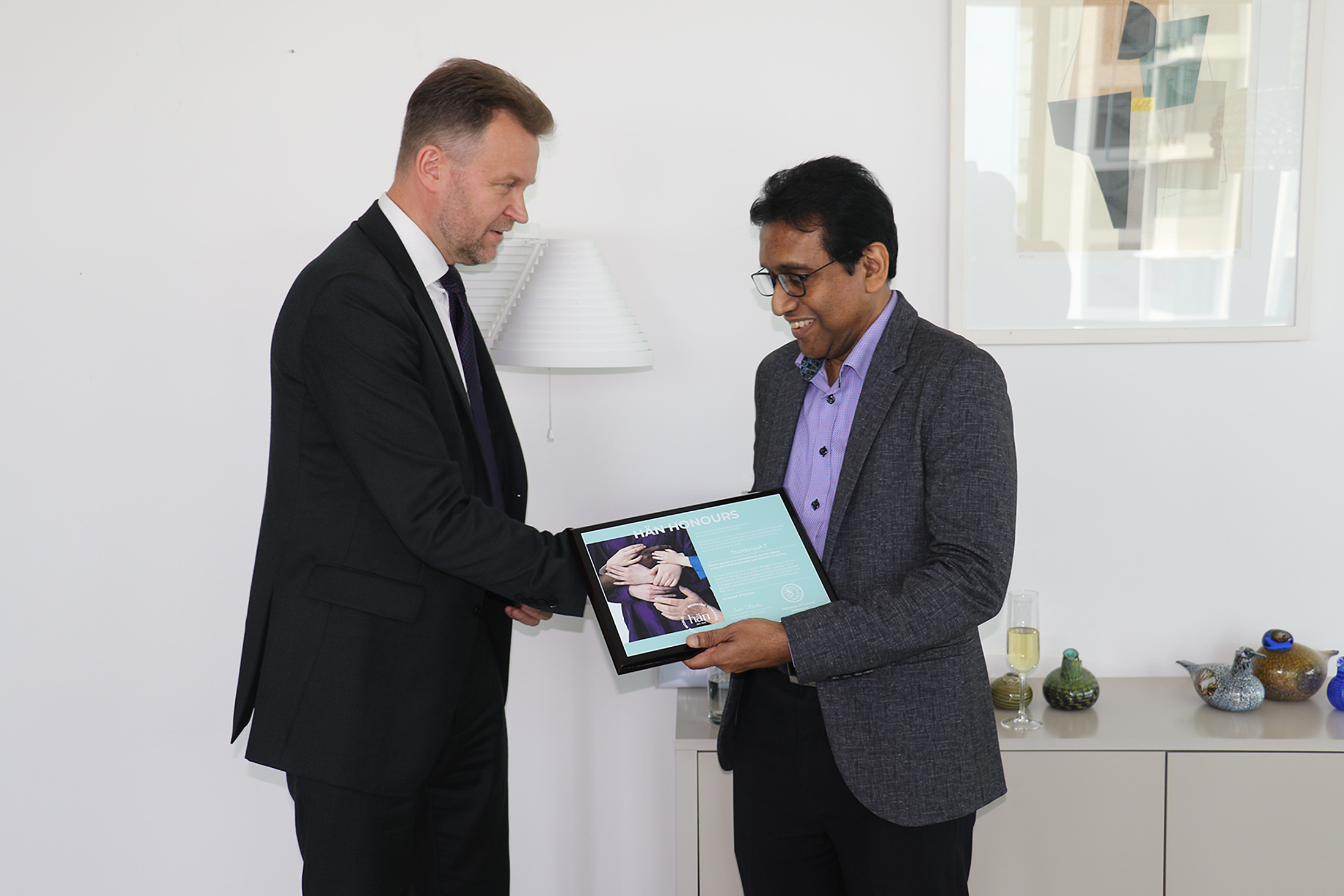 Equality forms a core value for Finland and its people, and the best symbol of Finnish equality is a personal pronoun from the Finnish language: hän. The third-person singular pronoun hän is neutral in terms of gender and social status, so it represents equal opportunity. Finland’s embassies around the world are selecting local individuals and groups for official recognition. The goal is to thank them for promoting equality and inclusivity in various sectors of society. The full list of the first recipients and more info about why they were selected are available at: https://finland.fi/han/#Han_honours. 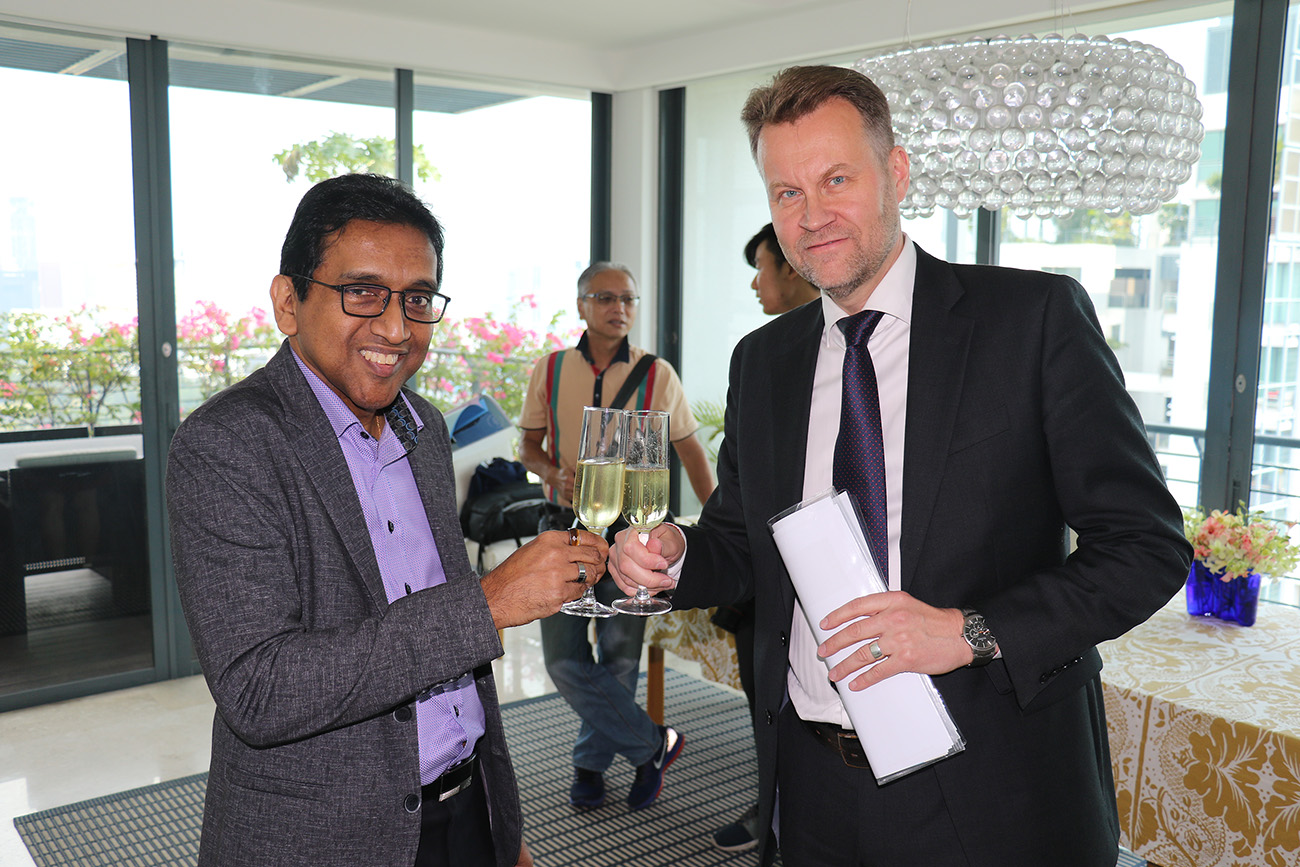 Mr Thambyrajah is the first recipient of the Hän Honour from Singapore as part of this equality campaign. He is currently appointed as Registrar since April 2012 at the Nanyang Polytechnic (NYP) in Singapore. Additionally, Thambyrajah’s contribution extends beyond NYP to include his role at SINDA as an Executive Committee Member, a member of the Education Sub-Committee and Chairman of the Volunteer Management Resource Panel, to guide SINDA’s initiatives in benefitting the Indian community. Thambyrajah is a strong advocate for equality. He has been supporting both UNIFEM and the Soroptimist International Singapore on issues of gender equality. He is a strong advocate of promoting STEM education for girls and equal employment opportunities for women.

When asked about how he feels about the Hän recognition, Mr Thambyrajah said he feels honoured and humbled to be acknowledged this way. Instead of celebrating an achievement, he feels like this highlights a value of equality. Mr Thambyrajah mentioned how he finds this whole campaign promoting equality in all aspects to be a very good starting point for conversation and more action in working towards equality among not only genders, but in society with different minorities, the less privileged and varying ethnic groups as well. With a topic you are passionate about, it is easy to talk about it and share it to people around you. 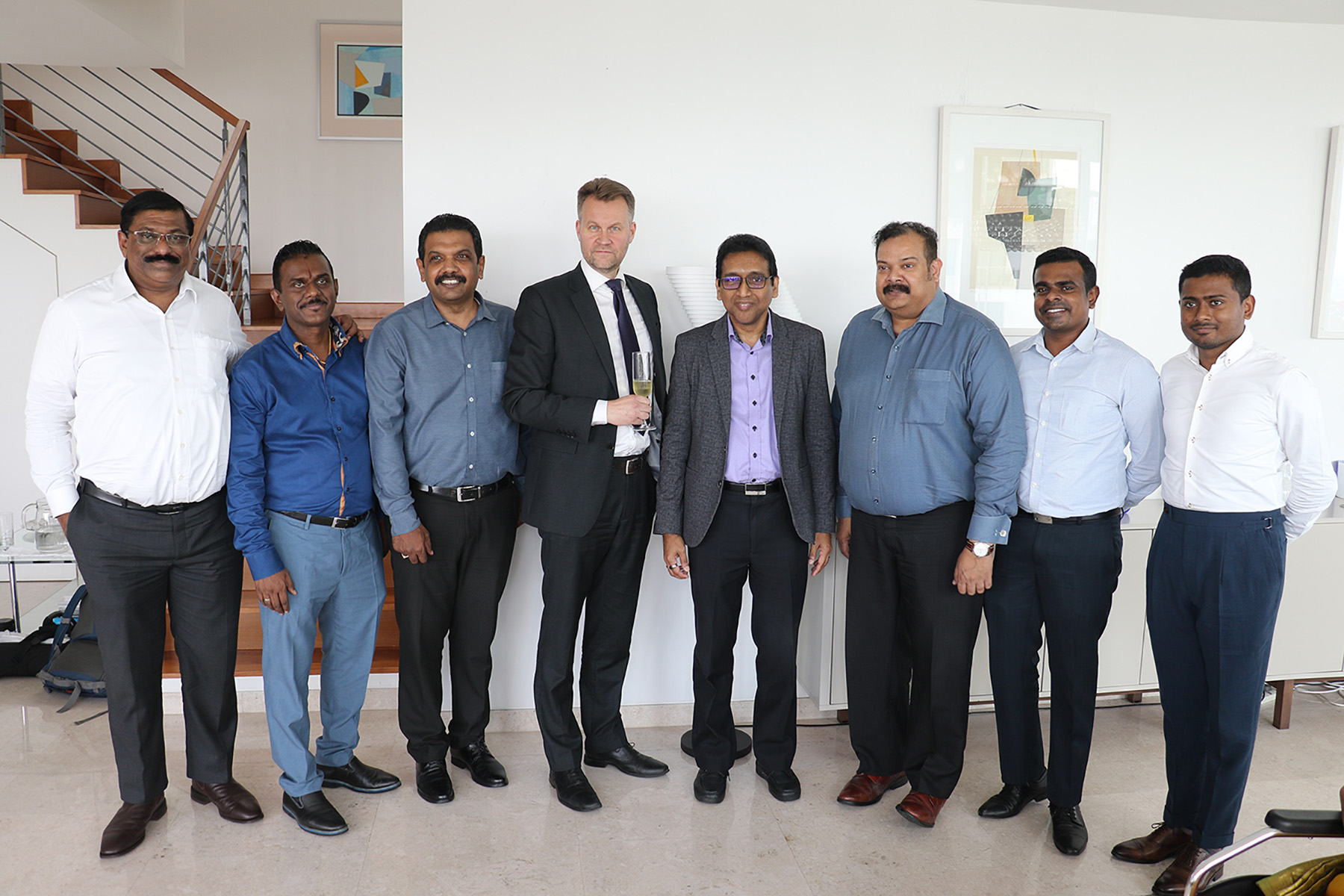 Mr Thambyrajah has visited Finland as part of the World Skills Competition back in 2005, which he tells was a good experience overall. Through his teaching career, he is also familiar with the Finnish education system as well. Mr Thambyrajah’s work in Nanyang Polytechnic enables him to advance the equality to education for all, and one area he wants to highlight is the work towards more opportunities in higher education for disabled people.

Mr Thambyrajah’s concluded it very well, that equality is a value everyone has but a lot people have forgotten. With this campaign, Finland can help people to remember to take that value into account in each and everyone’s own life and in everything they do. Equality is part of almost everything in an individual’s day-to-day life. Let’s work together to ensure a fair and sustainable world for all generations to come!