Finland Abroad -websites
Inauguration reception of Finland’s Presidency of the Council of the EU
News, 4.7.2019

On 2 July 2019 Ambassador Juha Ottman organized in Warsaw a reception on the occasion of the opening of Finland’s Presidency of the Council of the European Union. The theme of Finland’s presidency is Sustainable Europe – Sustainable Future.

In his inauguration speech, Ambassador named the key priorities of the presidency:

1) common values and the rule of law;

2) a competitive and socially inclusive EU;

3) the EU as a global leader in climate actions and

4) protecting the security of citizens comprehensively. 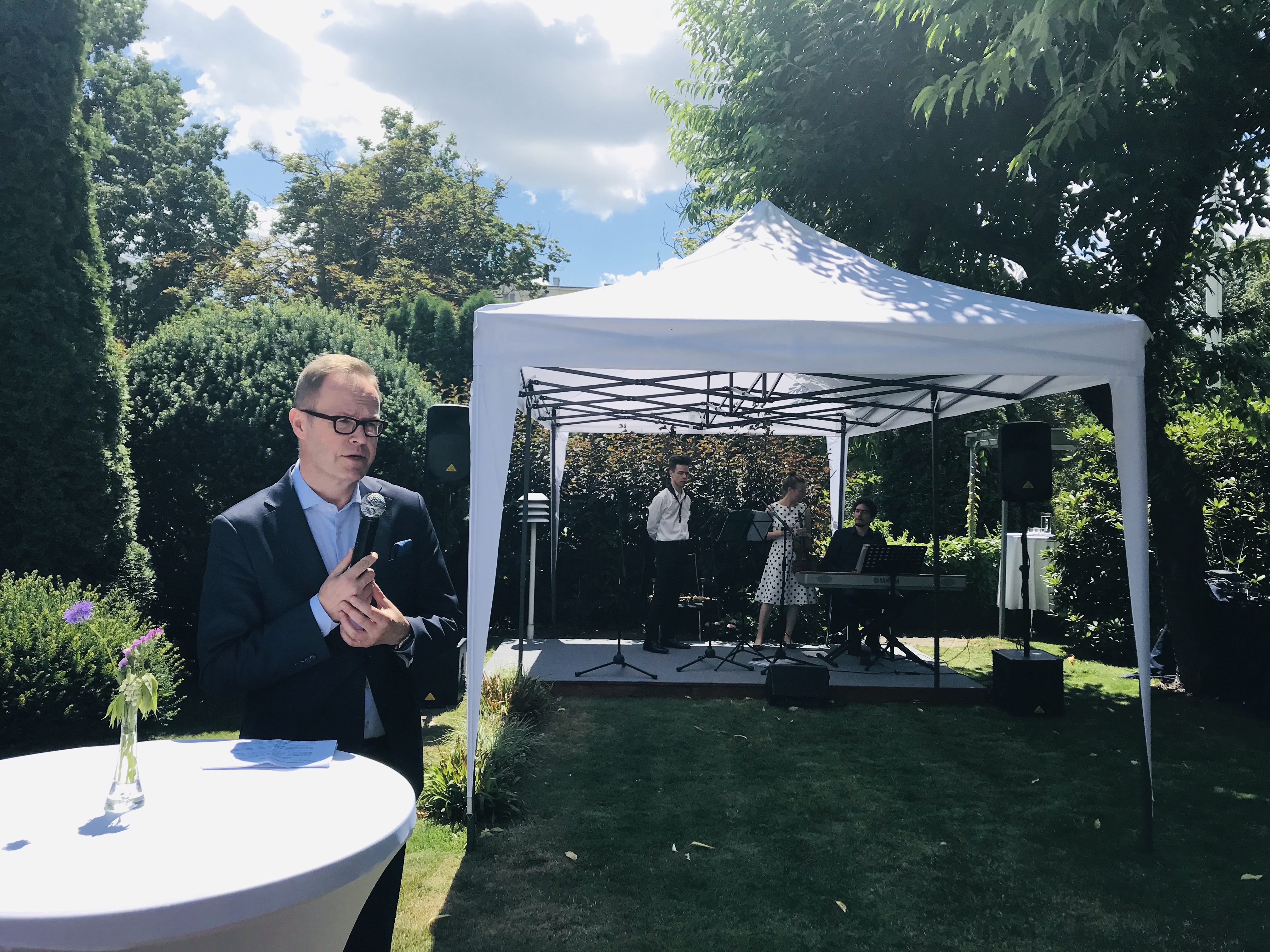 Finland took over the presidency from Romania. Ambassador Ottman thanked Ambassador Dranga for Romania’s leadership during last half a year and pointed out that there are some crucial topics that were subject of discussion during previous presidency and will be discussed during Finland’s term, like multiannual financial framework, rule of law, Brexit, migration and EMU.

The key principals of Finland’s presidency are sustainable meeting arrangements, transparency and active communication, respect for principles of better regulation and use and development of digital tools in the council work of the EU. 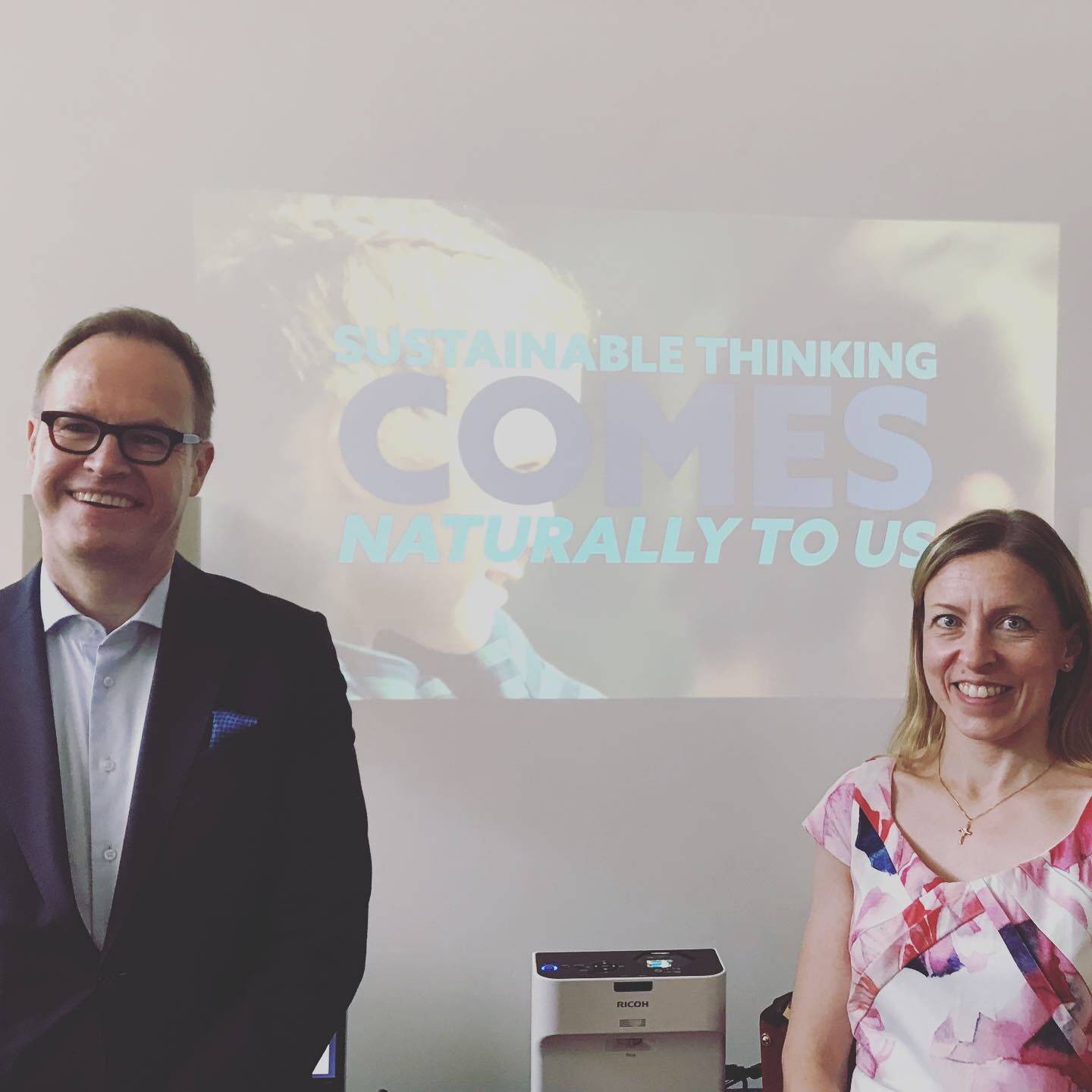 The reception was organized in the spirit of presidency’s principals: menu was prepared with particular attention to local products, also the variety of vegetarian dishes was increased, no single-use plastic was used neither printed materials like roll-ups or posters – the visual identity of the presidency was presented in a digital form. 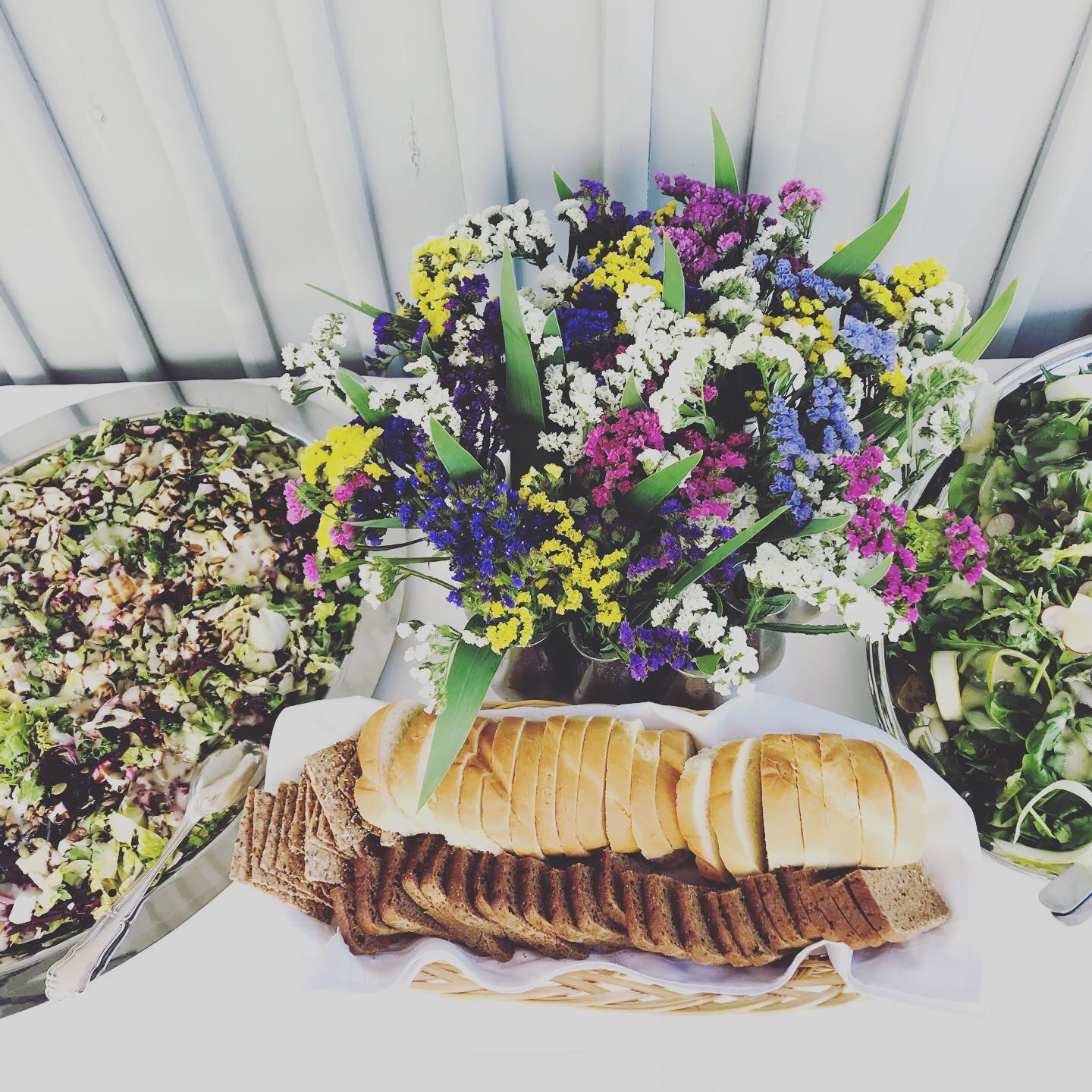 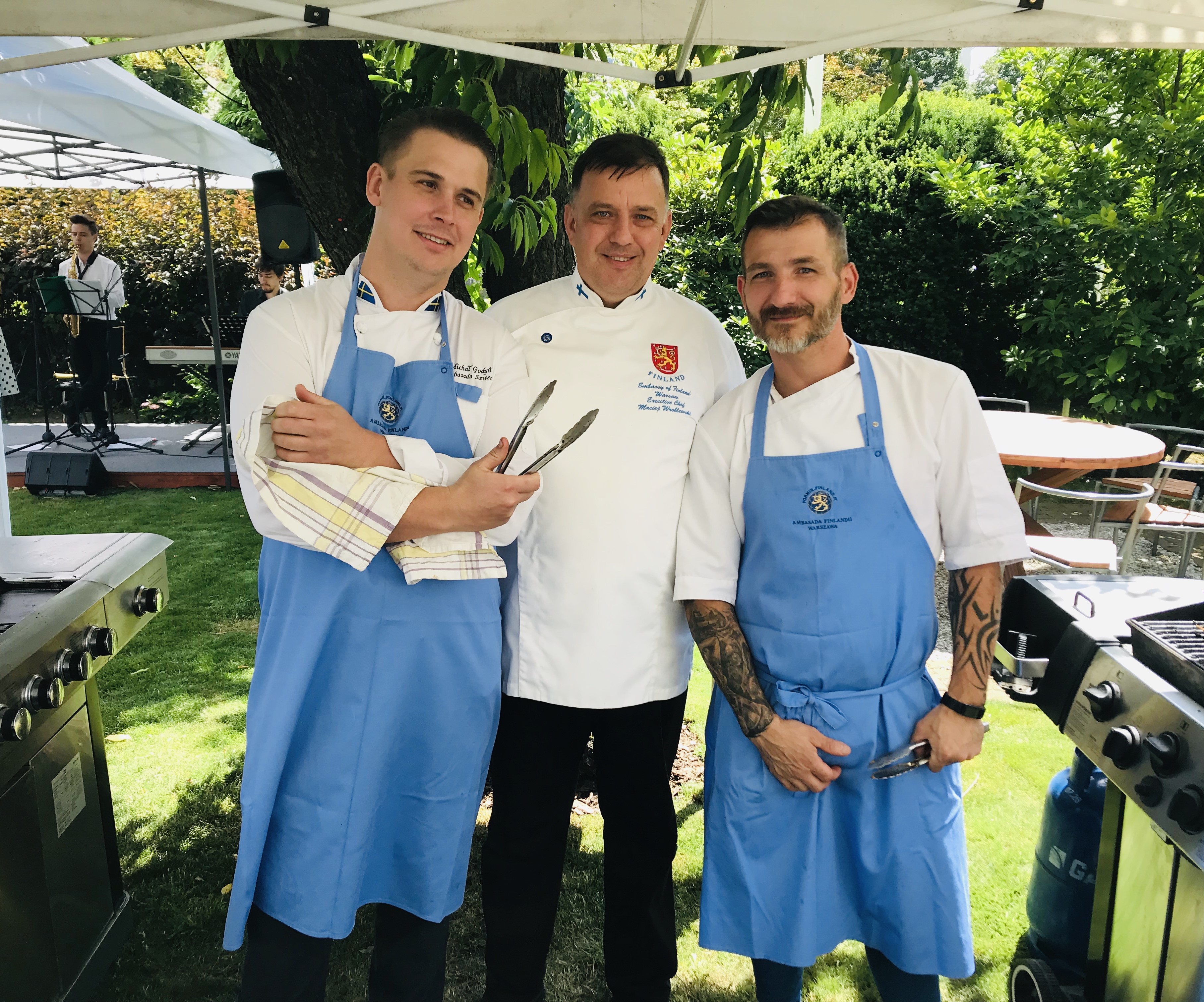 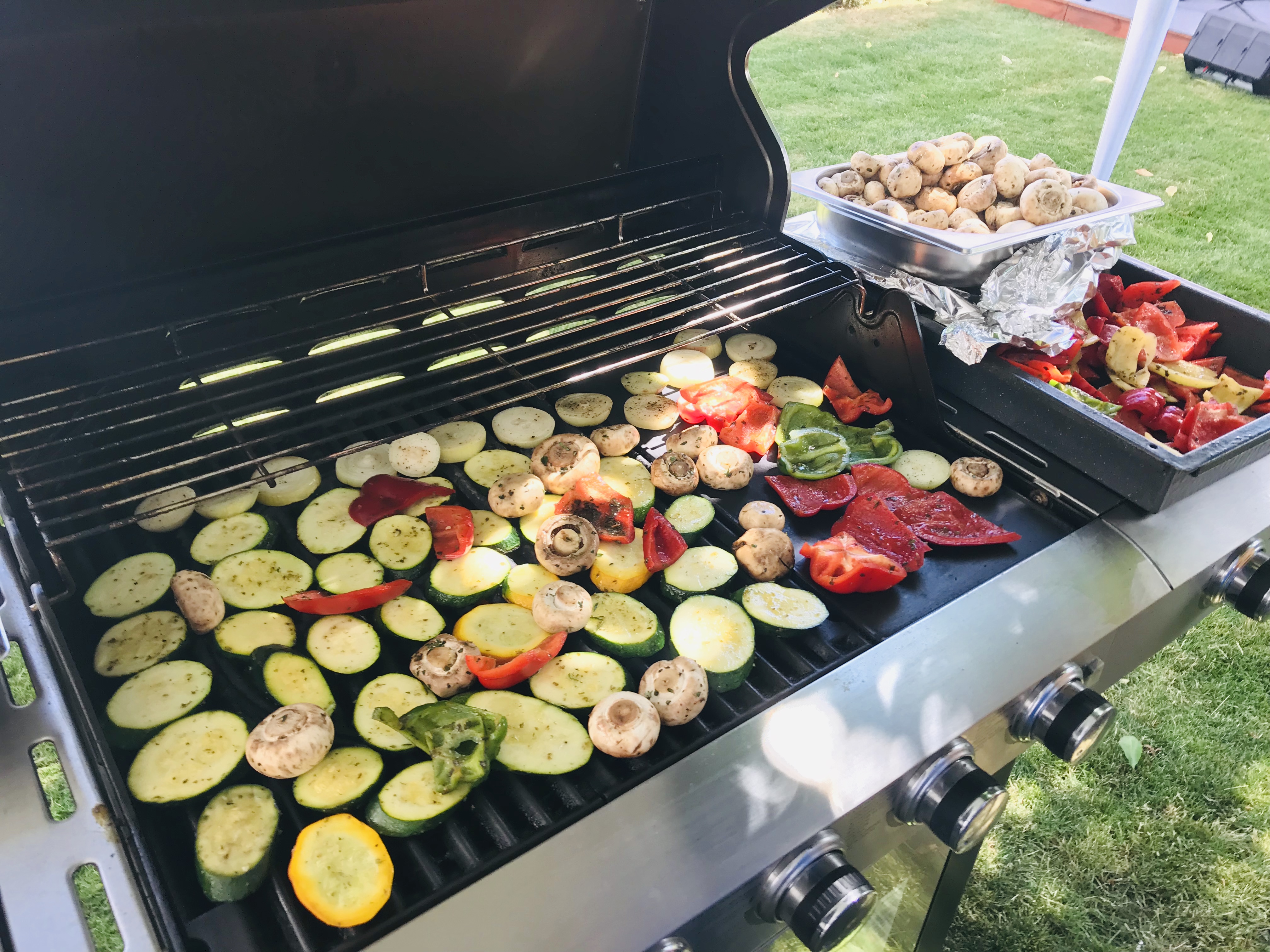 Ambassador was not wearing a tie during the reception, which had a symbolic meaning. Instead of handing traditional presidency gifts, Finland decided to dedicate 500 000 euros to offset the carbon emissions caused by air travel to presidency meetings in Helsinki and Brussels. The funds that are traditionally dedicated to e.g. presidency ties or scarfs will support projects in Honduras, Laos, Uganda and Vietnam.

During the reception the guests enjoyed the live music performed by group of young Polish musicians led my Mr. Maurycy Stawujak.

To find out more about Finland’s Presidency of the Council of the EU follow #EU2019FI channels: