Finland places great significance on promoting equality in the world, and wishes to thank those who are working towards this common goal. To express its gratitude, Finland has been presenting special recognition to individuals and groups around the globe who are committed to advancing inclusivity in society. The names of the first recipients from 16 countries were released on 31 May, with one of the honours going to Kampania Przeciw Homofobii (KPH). 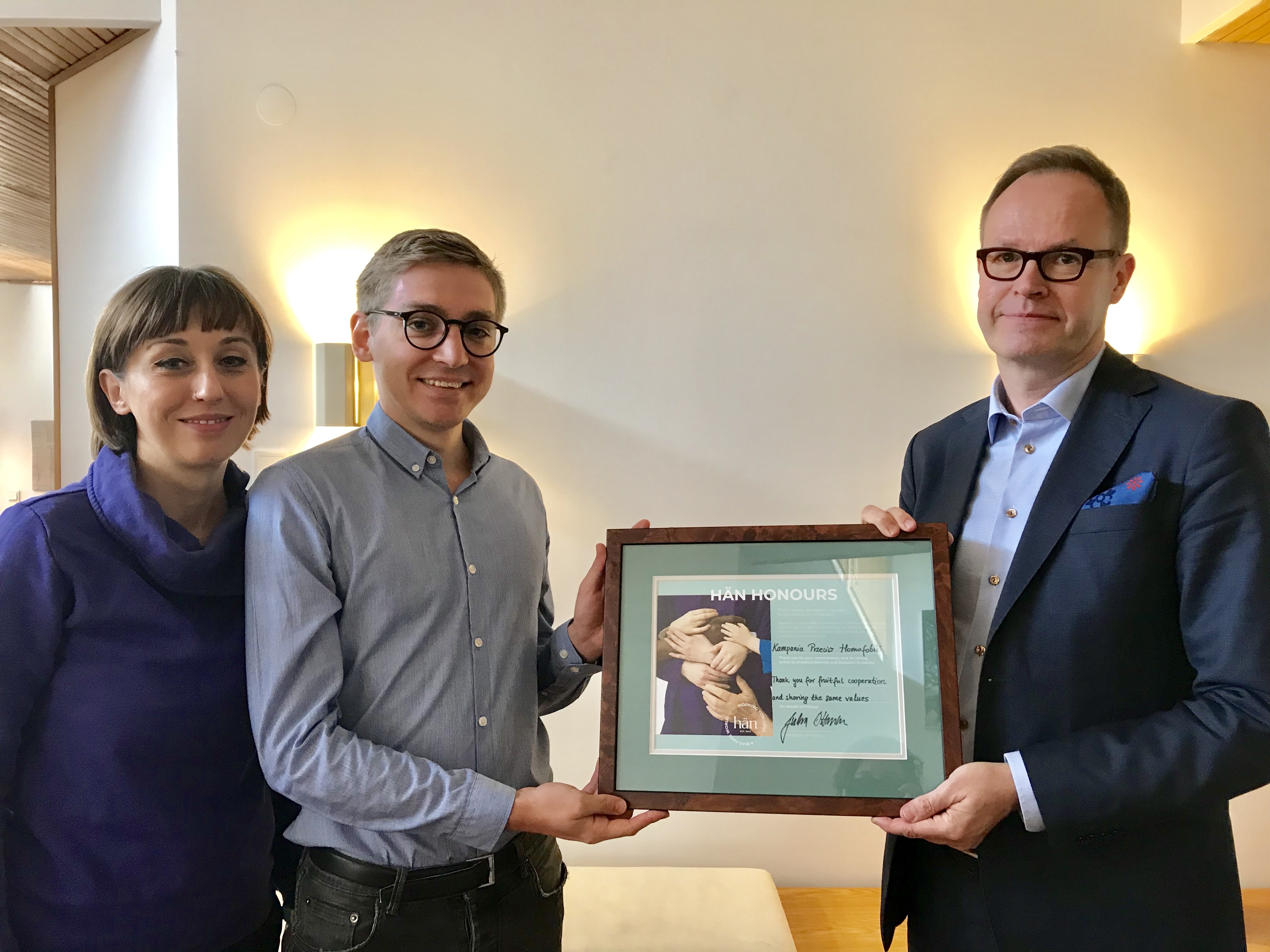 ​​​​​​
Equality is a core value for Finland and its people. To highlight the importance of equality and to show gratitude for the valuable work that is being done to advance equality in society, Finland has been presenting special recognition to individuals and groups around the world. Finland aims to encourage conversation about equality and promote initiatives for a more inclusive society.

Today at the Embassy of Finland Kampania Przeciw Homofobii represented by Managing Director Slava Melnyk and Board Member Franciszka Sady received the recognition from the Ambassador of Finland to Poland Juha Ottman. KPH’s mission is to support equal rights and opportunities for all people regardless of their sexual orientation and gender identity. The values that KPH promotes are universal such as equality, tolerance and acceptance of diversity.

Among other recipients of the recognition are individuals and groups from Singapore, Croatia, Namibia, Norway, Indonesia and Japan. They represent a range of fields, including education, minority rights and gender equality. The full list of the first recipients and more info about why they were selected are available at: https://finland.fi/han/#Han_honours.

The recognition forms part of a broader campaign about equality, launched in June 2019 and continuing until the end of the year. Finland aims to bring questions of equality to the fore of the international conversation.

In 2017, the year Finland celebrated the 100th anniversary of its independence, it promoted action around the world in the name of gender equality and launched the first International Gender Equality Prize. The prize will be awarded for the second time later this year.