On the eve of Finland’s centenary of independence, Finland took part in the NATO Foreign Ministers’ Meeting. The topic of today’s discussion was reinforcing EU-NATO cooperation. Minister of Foreign Affairs Timo Soini represented Finland at the meeting. 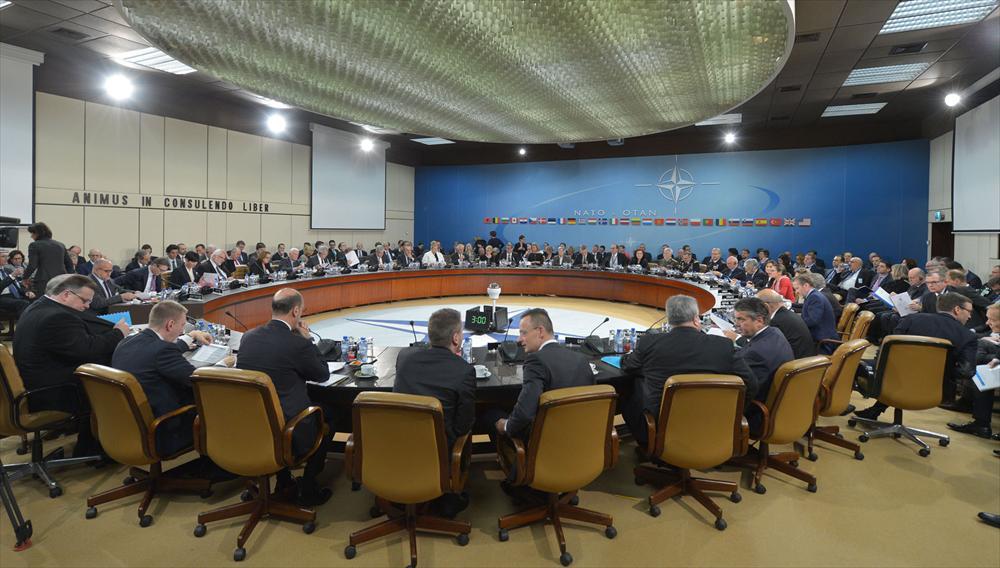 The topic of the first day’s discussion was reinforcing EU-NATO cooperation. Photo: NATO

The aim of this week’s Ministerial was to prepare NATO’s Brussels Summit next July. Finland together with Sweden and EU High Representative for Foreign Affairs Federica Mogherini were invited to take part in the first day’s working session on EU-NATO cooperation. According to Foreign Minister Timo Soini, the meeting was important for the cooperation between these two organizations as they were again able to take concrete steps further.

- With a strong support from both organizations, EU and NATO have taken their cooperation to a new level. Implementing the EU-NATO Joint Declaration signed at Warsaw Summit is at the core. At today’s meeting, a new package of concrete measures was accepted to further deepen this cooperation, said Minister Soini after the meeting.

Countering hybrid threats, operational cooperation including maritime issues, cyber security and defence, defence capabilities, parallel and coordinated exercises, defence industry and research and security capacity-building are essential in the joint work of EU and NATO. In the package introduced today, new areas such as improving military mobility, information sharing in the fight against terrorism and promoting women’s role in peace and security are highlighted.

-22 out of 29 NATO Allies are also part of the EU, and thus strengthening the cooperation is of the essence. Both organizations work to enhance common security, but have different emphasis. The cooperation improves the ability to address common threats in a complementary and mutually reinforcing way. 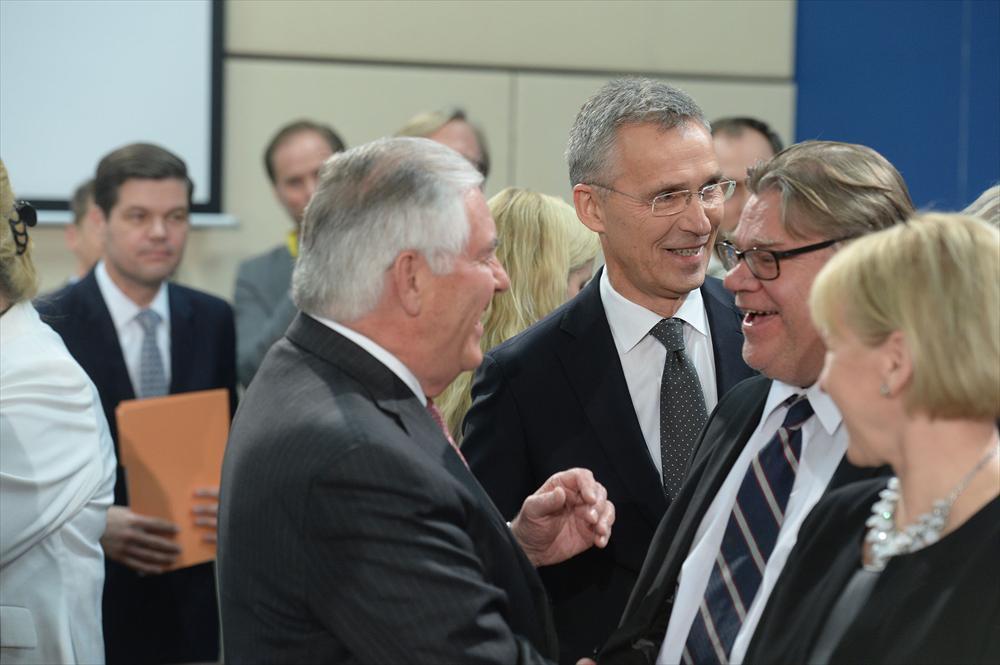 Foreign Minister Timo Soini with US Secretary of State Rex Tillerson and NATO Secretary General Jens Stoltenberg ahead of the meeting. Photo: NATO

Finland is also a strong supporter of the cooperation. It is considered not only to enhance security in Europe, but also to develop our partnership with NATO in relation to countering hybrid threats, capability development and exercise cooperation. In his speech, Minister Soini gave his full support for the new areas of cooperation.

- The unity of EU and NATO is important, and their complementary roles are the key. Strengthening EU defence cooperation strengthens also NATO - and vice versa. Combining the tools of the EU and NATO brings clear added value. The European Centre of Excellence Countering Hybrid Threats in Helsinki is a concrete example of the two organizations working together to address present day threats.

Minister Soini also brought up the NATO’s 29+2 cooperation with Finland and Sweden.

- Despite that the origin of the 29+2 cooperation was to strengthen security particularly in the Baltic Sea Region, the format is also relevant when discussing issues related to broader security, including terrorism and threats coming from the South.