Wärtsilä has three decades of experience in the Greek market

Our embassy interviewed General Manager of Wärtsilä Greece, Mr Yiannis Christopoulos, for his views concerning the Greek maritime and energy sectors since the battle against climate change has an impact for the development of these sectors

Wärtsilä was earlier well known as a Finnish company manufacturing internal combustion engines in both maritime and energy sectors. How has your product portfolio developed during the last years taking into account the changes in global environment?

Wärtsilä businesses focus on developing and providing solutions and services that maximise the environmental and economic performance of vessels, power plants and entire systems.

We give strong emphasis on decarbonising the marine and energy markets with our innovative and efficient solutions.

Οur “traditional” combustion engines, have already a long operating record on LNG as the transition fuel towards decarbonization, while they comprise the best platform to adapt all future fuels which are foreseen to come into use towards full decarbonization on power production.

Our enhanced portfolio is supported by a wide service network, which is utilising latest remote support technologies and artificial intelligence philosophy, in order to act proactively and prevent un-expected incidents, reducing as well the need for on-site attendance.

Our energy business has delivered 74 GW of power plant capacity and more than 80 energy storage systems to 180 countries around the world. 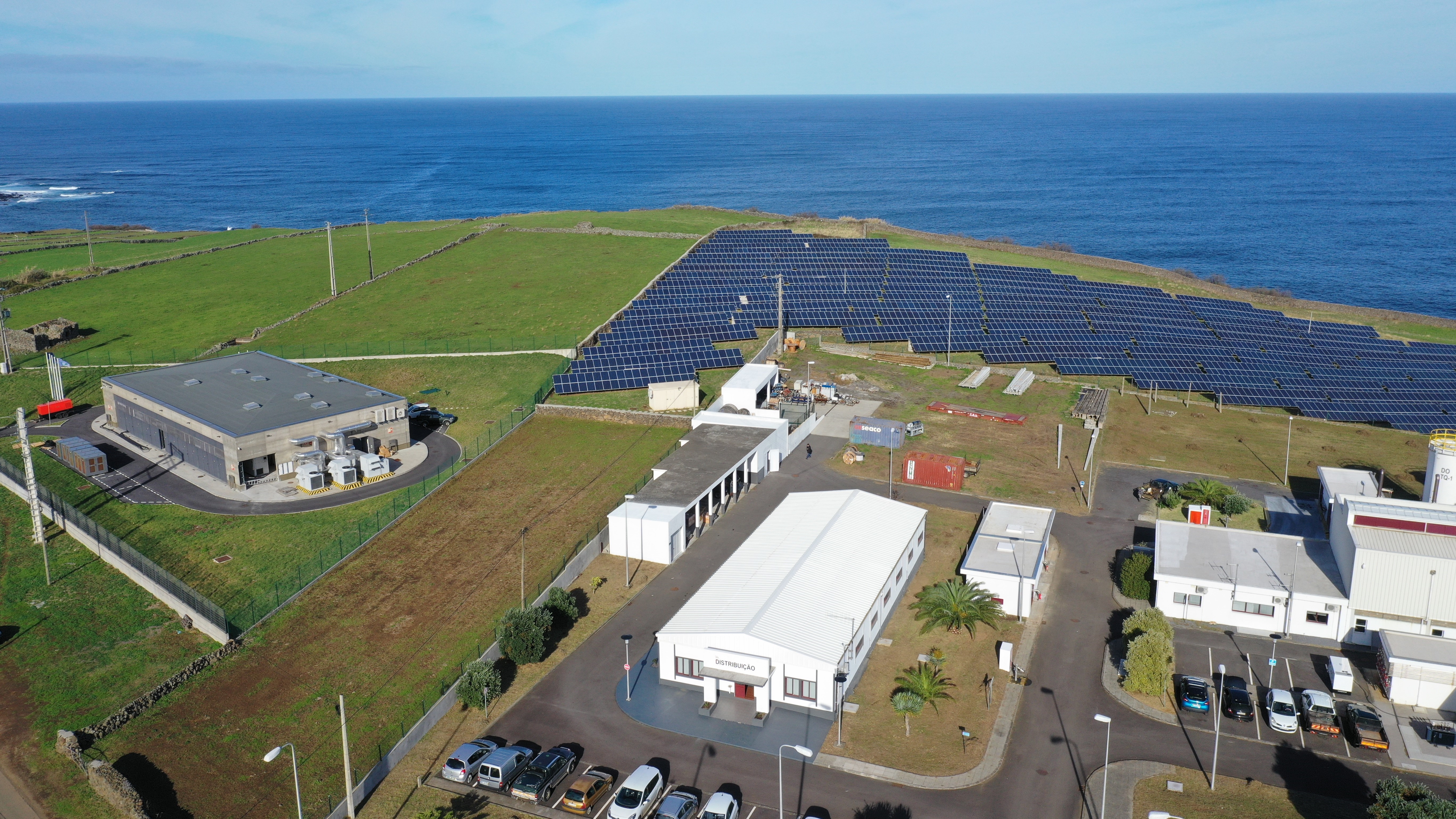 How has Wärtsilä made the shift from manufacturing combustion engines to present offering? Did you have time to develop new products through investing in R & D or did you acquire startups or companies with mature technological solutions?

Wärtsilä has invested strongly into R&D for creating new technologies and products. As part of this work, Wärtsilä has used strong partnerships with suppliers, customers and research institutes.

Acquisitions have been used for expanding our offering outside of the engine scope only. Some of our recent acquisitions include companies Transas, Guidance Marine, Eniram and Greensmith Energy Management Systems.

Which sector is considered the most important for Wärtsilä?

Marine has been and continues to be a driving factor at Wärtsilä. Our three marine businesses (Marine Power, Marine Systems and Voyage), accounted for 61 % of the total net sales of Wärtsilä in 2020. We consider this trend to continue also in the near future.

Wärtsilä is one of the most international Finnish companies. In which continents and in how many countries are you present, and how many people do you employ?

Since you have global perspective to energy sector, which continents and countries are the forerunners in adopting renewable energy solutions?

Wärtsilä believes that the transition to clean fuels will be easiest, most cost effective and fastest for those vessels powered by liquefied natural gas (LNG). The development of methane from biomass and synthetic sources means there is a clear pathway to carbon-neutral energy from LNG, which already offers 5-21% greenhouse gas emission reductions compared to heavy fuel oil.

Bio- and synthetic LNG can be used initially as drop-in fuels alongside conventional LNG to reduce its fossil carbon content and later, as supply increases, to replace it entirely. Hydrogen-based fuels will offer a greenhouse gas-free source of energy if they are made using renewable electricity. The two most prominent alternative fuels are methanol and ammonia.

Wärtsilä initiated ammonia combustion tests in March 2020. Based on initial results, the tests will be continued on both dual-fuel and spark-ignited gas engines. These will be followed by field tests in collaboration with ship owners from 2022.

Until now, methanol has not been widely used as a marine fuel. A project to convert a Wärtsilä Z40 engine on ro-pax vessel Stena Germanica to burn methanol began in 2015. The engine now runs mainly on methanol fuel and the success of the installation has inspired Wärtsilä to look further at the fuel. The real benefit of methanol is the ease of storage.

Wärtsilä has gained a strong understanding of hydrogen, and its dual-fuel engines and spark-ignited gas engines can already run on a fuel mix comprising up to 15-25% hydrogen. We believe, though, that hydrogen has limited potential as a fuel in shipping.

What role do you see for the electricity in the shipping sector?

Electrification and hybrid technologies will also play a key role in the journey towards maritime decarbonisation. The company’s "Wärtsilä HY" hybrid/battery systems and their integration with conventional engines offer significant efficiency improvement by running engines on optimal load and absorbing many of the load fluctuations through batteries.

Thanks to the rapid advancement of battery energy efficiency, Wärtsilä is already making in-roads f.ex in ferries doing short routes and commuter journeys. As this development continues, you will begin to see increased power capacity along with further advances in battery technology. As the infrastructure also develops in docking areas, the industry will see the benefits of hybrid systems.

When did Wärtsilä enter the Greek market? How big is the Greek subsidiary today, and which markets do you cover? 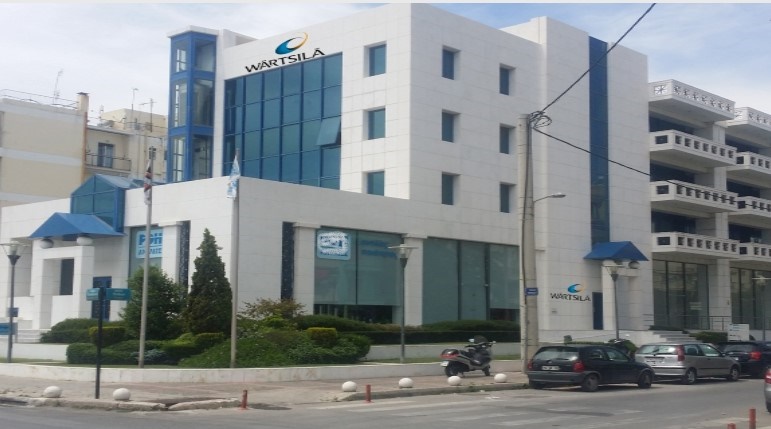 Wärtsilä entered the Greek market 30 years ago, powering the ferry market mainly with four stroke engines. In parallel, the first engines were also installed on the Greek islands for electricity production.

Wärtsilä Greece operates in two locations and employs 120 persons of which 50% are office personnel and the remaining staff are field service and technical support personnel. On the Greek marine market, Wärtsilä is present in the whole installed cluster i.e. LNG carriers, cruise and ferry, containers, tankers, bulkers, RoRo, general cargo, and navy. Our company provides also total solutions for the power production of the independent power plants on the Greek islands.

How has the Greek energy and maritime sectors evolved during your career in Wärtsilä?

My career in Wärtsilä has been an exciting journey which was lighted by continuous developments, exploiting new markets requirements and supporting those by applying the technologies and solutions our Group was developing for.

The maritime sector has been on a continuous diversified mode to capture the global demands guided by the move of the producers/consumers locations, “accompanied” also by the frequent changes of the environmental regulations and lately due to decarbonisation trend.

The energy sector has evolved as a result of significant increase of the Greek tourism on the islands. Wärtsilä’s equipment has heavily contributed to covering the increased demand by providing fast and reliable solutions.

Greek energy sector is going to change considerably during the following years due to political decision to stop using lignite as the main fuel for electricity production. What kind of opportunities do you see in this transition towards renewable energy sources?

Greece is expected to minimize the use of coal by 2025. In the future, wind and solar power will become the backbone of the energy sector, while engine power plants and energy storage will be increasingly used for system balancing and back-up.

In every project, Wärtsilä applies the philosophy of future-proof design that will enable the easy and efficient combination of different technologies like use of hydrogen or dual fuel as well as introducing energy storage systems and advanced software systems.

Fast-acting energy storage operating in concert with the solar system can control power quality by calibrating battery charging and energy exports to the grid. Consequently, storage mitigates the need for large-scale solar installations.

Greek maritime companies are big players in the global market. How do you see the sector developing in the coming years?

The challenges on the shipping are dynamically changing. New technologies along with stricter environmental regulations as well as the trend for autonomous and even more efficient shipping are forming a frame that not only Greek but global shipping has to tackle, after the COVID-19 period. Main areas of focus of the Greek shipping sector is the continuation of the fleet’s renewal, the environmental footprint of shipping along with adaptation/use of future fuels, the education and training  of the maritime personnel and the position of Greece as global shipping and transit center.

The long experience and tradition of Greek shipping along with the strong shipping culture of the Greeks provides the confidence that Greek shipping will continue to form a solid arm of European and global shipping.