The tsunami that hit South-East Asia ten years ago is one of the greatest natural disasters in recorded history. The catastrophe exceeded the preparedness of the authorities in each of the affected countries and had a revolutionary impact on the Foreign Ministry’s operational capabilities. 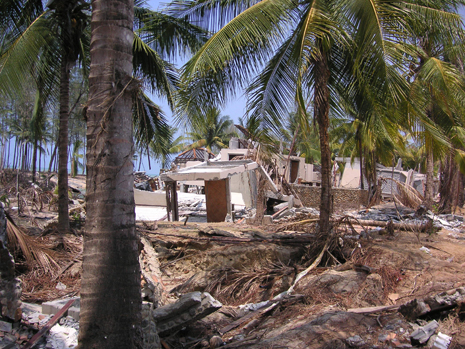 Khao Lak in Thailand, popular among Finns, was badly destroyed in the tsunami. Photo: Vesa Häkkinen.

The unexpected tsunami that swept over South-East Asia on Boxing Day 2004 was an enormous disaster that took the authorities by surprise. The following summer, the Commission of Inquiry led by President Martti Ahtisaari issued a report on the actions of the Finnish authorities during the crisis.

The Commission found that Finnish legislation on crisis and emergency preparedness had not considered the possibility of a major accident of the dimensions of the tsunami.

“We have taken the feedback we received seriously,” says Teemu Turunen, Director of the Unit for Consular Assistance at the Ministry for Foreign Affairs.

“Both national response at central government level and international cooperation concerning assistance and evacuation have been developed significantly."

In addition, the Ministry for Foreign Affairs provides continuous crisis response training for staff members of diplomatic missions and arranges more than one hundred different crisis exercises each year.

“We are striving for a low-threshold model where the severity of the situation is understood correctly as fast as possible,” says Jussi Tanner, Team Leader for Crisis and Assistance Situations at the Ministry for Foreign Affairs.

“On-call officials at the Ministry are on standby 24/7, and in an emergency a situation organization can be set up quickly in the situation awareness room, located in Helsinki. Thus an overall picture of the crisis situation abroad and the situation leaders are sure to be in one place.”

Teemu Turunen (left) in the Ministry’s situation awareness room from which crisis activities were led after the earthquake in Japan. Photo: Eero Kuosmanen.

The preparedness capabilities developed on the basis of the lessons learned from the tsunami have been applied in dealing with crisis situations during the past few years, such as the kidnapping that took place in Yemen in 2012–2013 and Typhoon Haiyan in the Philippines in 2013.

The Foreign Ministry also has a group of trained staff members, the so-called rapid response team, in a constant state of preparedness that is able to leave for a crisis area, to help the embassy or Finns in need of assistance, within six hours of decision-making.

The team has been deployed in actual situations.

“The consular rapid response team has supported embassies after the terrorist attacks in London in 2005, in the repatriation of Finns from Lebanon in 2006, in connection with the coach accident in Malaga in 2008, following the earthquake, tsunami and nuclear accident in Japan in 2011, and in the repatriation of Finns from Egypt the same year,” Tanner adds.

The balance of information must be considered in each case

In its report the Commission of Inquiry led by Ahtisaari analysed in particular the flow of information. The on-call phone lines jammed and were beset by technical problems, nor did information pass from the disaster area to the ministries or between ministries.

The Foreign Ministry’s information bulletins stuck to official data that conflicted with information circulating among the public and in the media. Since communities in the disaster area were able to disseminate information about people who disappeared and people who were found quickly and systematically, for example on the website sukellus.fi, the result was a lack of confidence in the dissemination of information by the authorities.

“Communications has changed enormously in ten years. People can now send the first tweet or video from disaster areas in real time,” Jouni Mölsä, Director General of Communications at the Ministry for Foreign Affairs explains.

“In a media field of this kind, it is quite clear that communications by the authorities must be rapid.”

The Department for Communications at the Foreign Ministry is on standby round the clock. In addition, the staff have been trained how to answer the on-call telephone, crisis situations are practised several times a year and technology has been improved.

The Timanttiteko award granted by the Security and Defence Committee in 2011 to the Embassy of Finland in Tokyo can be regarded as evidence of the organization’s exemplary performance. The prize was awarded for effective crisis management and dissemination of information – especially the innovative use of social media – in connection with the earthquake and subsequent tsunami and nuclear power plant accident in Japan.

“Our goal is to communicate quickly and openly, in order to help Finns,” Mölsä continues.

“There are certain conditions to openness, however. The authorities may not violate the protection of anyone’s privacy or endanger the situation. Each situation requires balancing between these two needs.”

Preparedness is measured anew in each crisis

The requirements for crisis preparedness are increasing all the time. During the current year alone, the Foreign Ministry has handled 200 crisis situations that have been linked for instance with natural disasters and transport accidents or terrorist attacks.

There have been 40,000 consular cases in which the Ministry has assisted Finns encountering difficulties around the world; this is double the figure for the year 2004.

During the same period, the number of trips abroad made by Finns has increased from six million to ten million per year.

The Ministry for Foreign Affairs seeks to prevent Finns from getting in distress or crisis situations abroad in advance by offering travel safety services. Finnish diplomatic missions publish travel advice on more than a hundred countries, and Finns travelling abroad can file a notice of their trip in the electronic travel notification system.

Through the system, it has been possible to send text messages warning travellers for example of the threat of a terrorist attack or a natural disaster. The system, introduced in early 2013, has increased the number of travel notifications by more than sixfold. 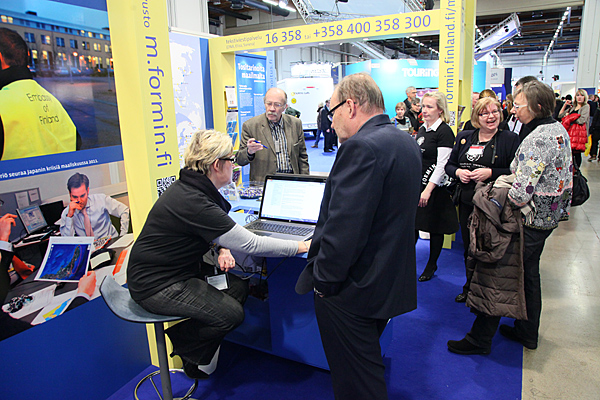 Travel notifications can be made online or by text message. The Ministry for Foreign Affairs guiding visitors at the Travel Fair. Photo: Eero Kuosmanen.
</div>

“The world isn’t a bit safer for Finnish travellers than it was a decade ago, and crises are never identical,” says Teemu Turunen, Director of the Unit for Consular Assistance.

“We can’t ensure the safety of Finns abroad, but now we are better prepared to assist Finns caught in crisis situations.”

Tsunami victims from tens of countries 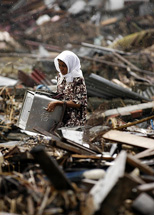 A woman from Ache amidst the destruction of the tsunami. Photo: Jordon R. Beesley, Creative Commons.

The Asian tsunami catastrophe claimed an estimated 280,000 lives in 14 different states of the area. An estimated 220,000 victims were Indonesian, but there were also thousands of casualities in Sri Lanka, India and Thailand.

Aside from the dead and missing, about 1.7 million people are estimated to have lost their homes.

When the tsunami struck, many tourists were on holiday in the affected area; for instance about 3,000 Finns were in Thailand and over 600 in Sri Lanka.

In all, 179 Finns lost their lives in the tsunami, making it the greatest major accident affecting Finns in peacetime.

A total of 52 countries reported that their citizens had died in connection with the tsunami.

The Boxing Day events will be remembered in Thailand

The Embassy of Finland in Bangkok will honour the memory of the victims on behalf of the State of Finland by participating in the memorial ceremony that the Thai authorities will hold in Khao Lak on Boxing Day – ten years after the tsunami.

The Evangelical Lutheran Church of Finland jointly with the Kotikirkko church in Phuket will hold a memorial event to commemorate the victims of the natural disaster at Kata Beach Resort on 27 December at 17:00 local time.

Evangelical Lutheran Church tourist priest Jyrki Markkanen is responsible for the practical arrangements, together with the Embassy of Finland. The event is open to everyone.

“On Boxing Day, the tsunami will be relived in hundreds of Finnish homes,” says Kirsti Westphalen, Ambassador of Finland in Bangkok. “Our thoughts are with the victims and their families.”