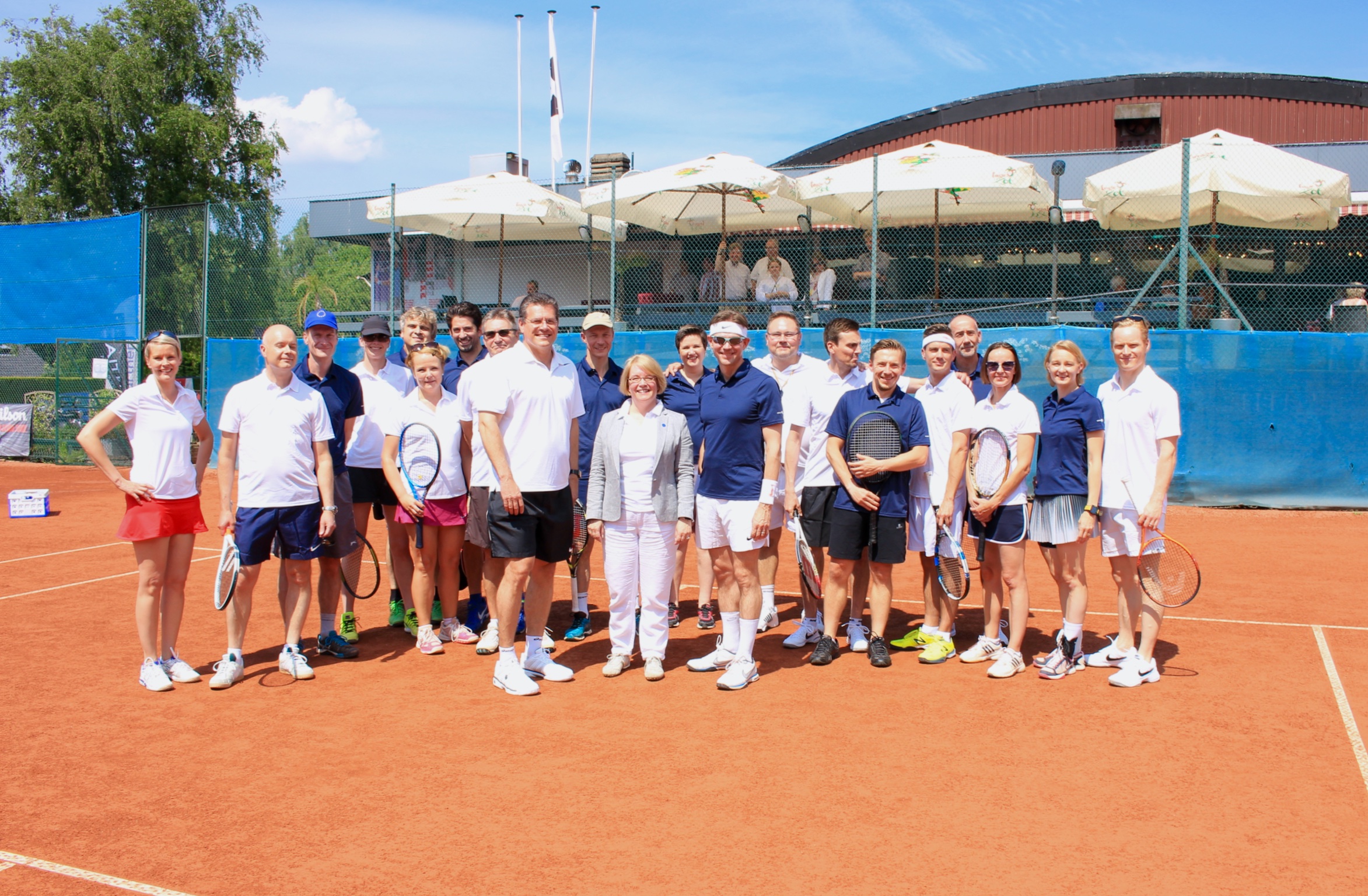 The Permanent Representation of Finland to the EU decided to challenge their partners in the EU Commission for a friendly tennis tournament.

As the EU legislative machinery is gradually slowing down for summer recess, the Permanent Representation of Finland to the EU decided to challenge their partners in the EU Commission for a friendly tournament at the Tc Davis tennis club in Brussels Friday July 7th.

Captained by Vice-President Jyrki Katainen the team of the Commission consisted of Vice-President for Energy Union Maroš Šefčovič and members of various Commission cabinets, directorate-generals and secretariat-general. Deputy Permanent Representative Minna Kivimäki captained the Finnish team that consisted of EU diplomats and officials. 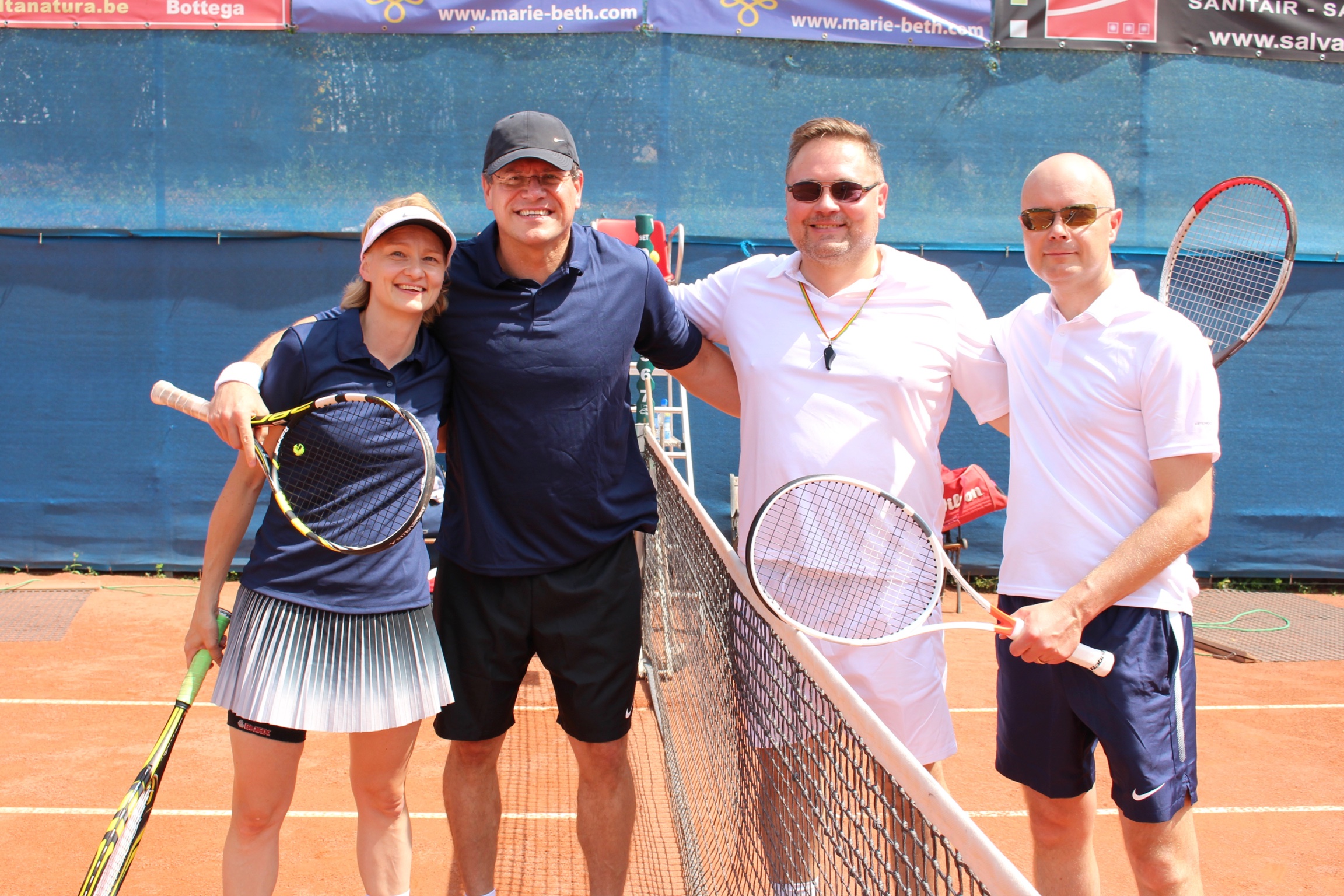 Both teams were all smiles before the match.

18 doubles were played in the heat of 28 degrees celsius.

The Finnish team put an impressive display against the mighty Commission team, with an unbeatable stretch by the defense specialist and a fiery dual play by transport attachés. Yet it was not enough to bring the trophy home this time, and it was the Commission team that took it home in the end. 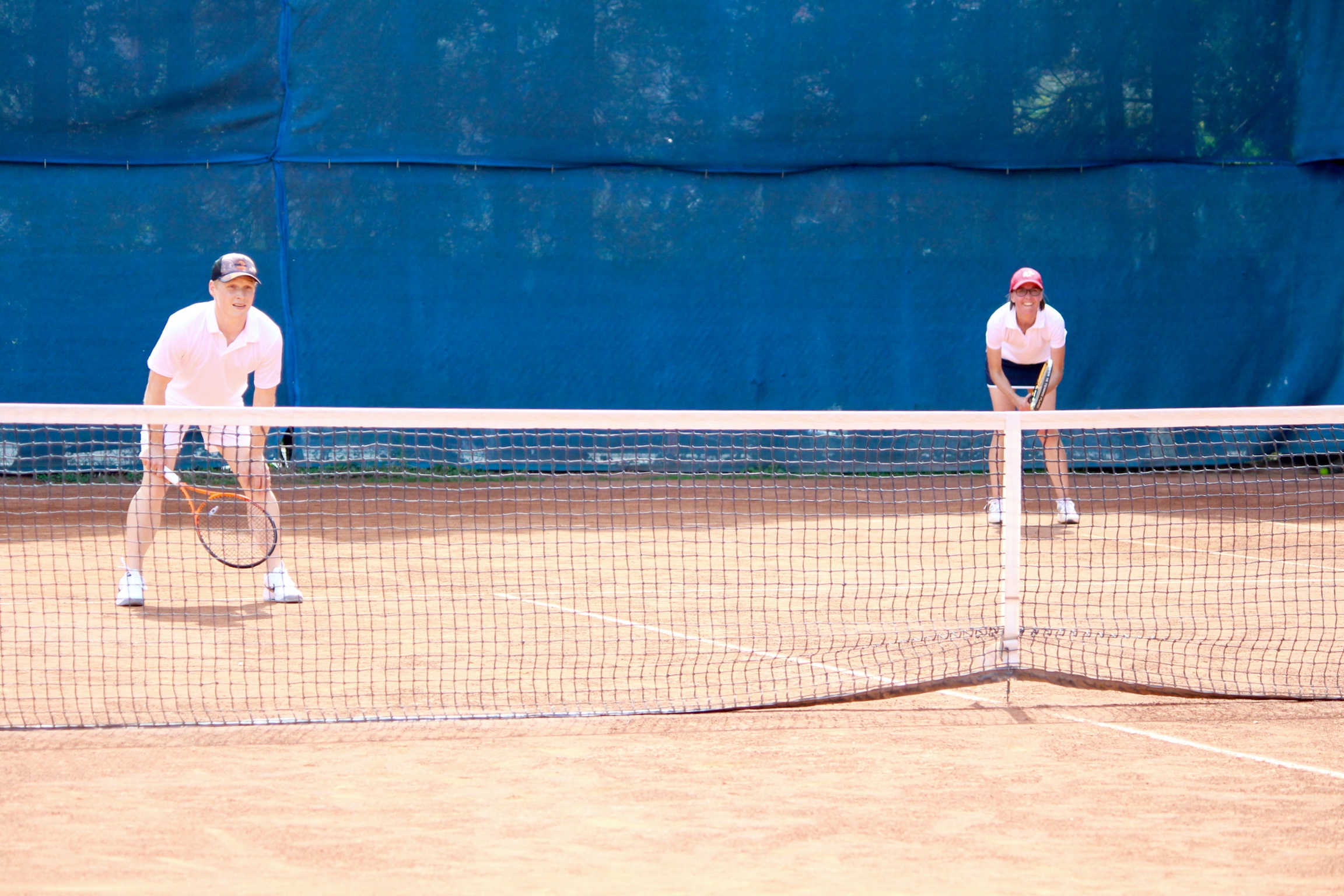 Finnish EU officials ready to take down the Commission.

Captain Kivimäki was quick to congratulate the winning team for the victory, thanking them for fair play and pointing out that the score of the home team was still good for a small Member State. 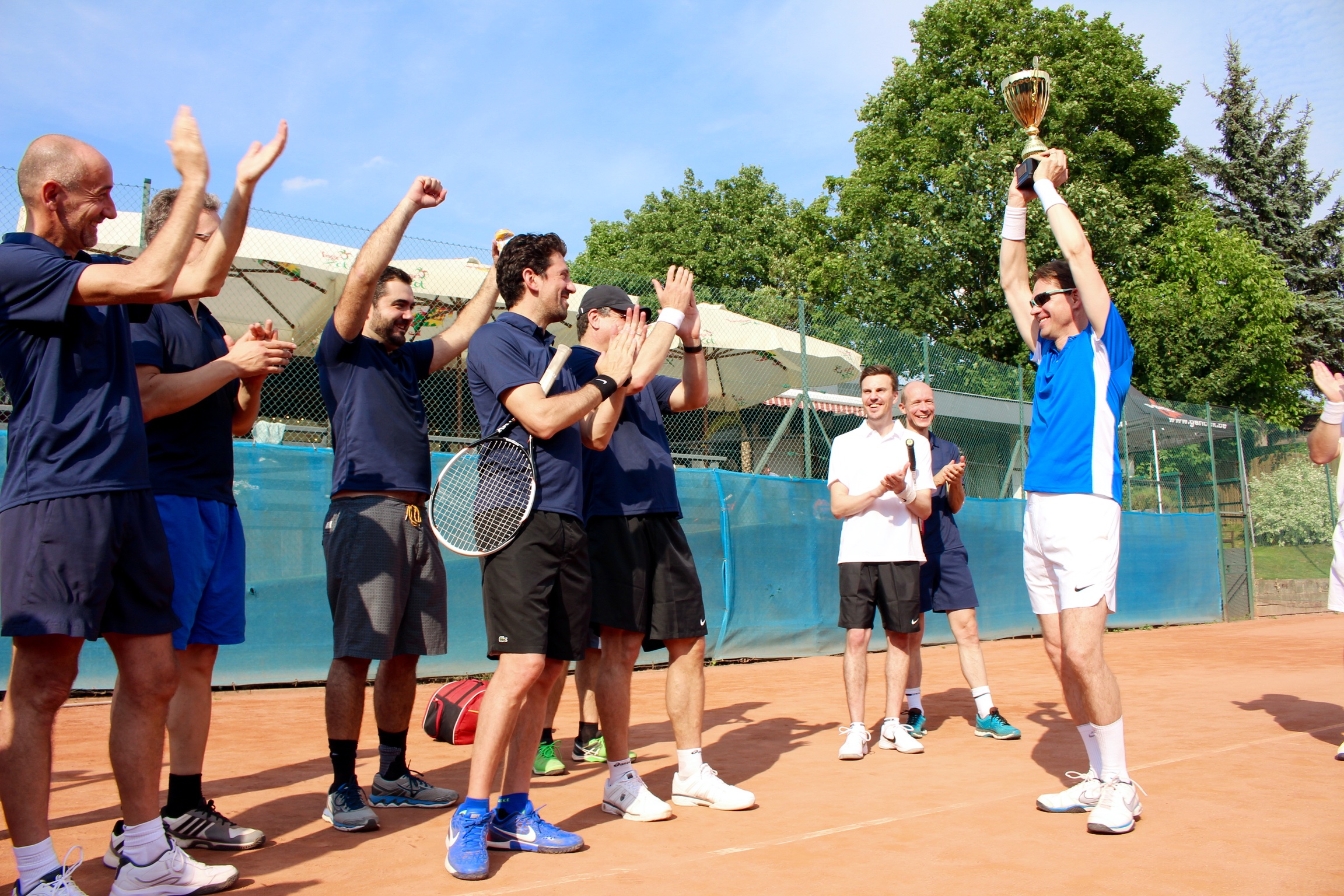 The Commission team was declared the winner after a good-spirited tournament.

Captain Katainen thanked the organisers for the great initiative and good-spirited tournament, pointing out that ”a strong Commission is in the interest of the Member States”.

The tournament follows a series of events in celebration of the Centenary that challenges Finns and friends of Finland to engage in activities together. 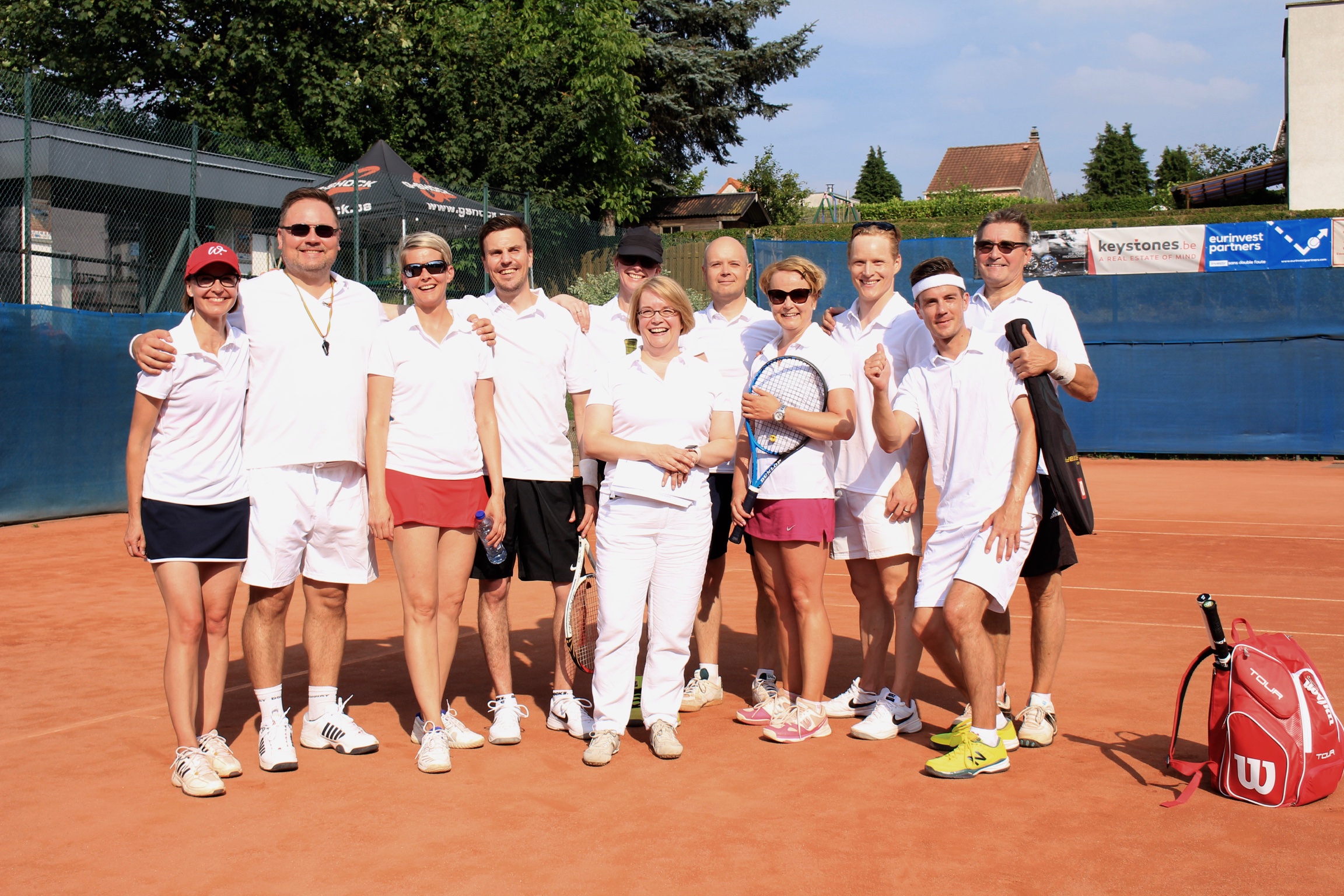