Minister Tiilikainen: USA’s withdrawal will not derail the Paris Agreement

The U.S. Government has announced that the country will pull out of the Paris Climate Change Agreement. According to the agreement, the earliest time when the withdrawal could take place is after three years from the entry into force of the agreement, that is, in November 2019.

“I am very disappointed with the decision taken by the United States, which I consider damaging to the country’s reputation. The richest nation in the world shows its negligence regarding the future of mankind. Had they so desired the U.S. Government could have stayed committed to the agreement while still implementing President Trump’s national industrial policy”, commented Kimmo Tiilikainen, Minister for Housing, Energy and the Environment, who is also responsible for climate issues.

The goal of the Paris Agreement as from 2020 is to limit global warming to well below 2 degrees Celsius above pre-industrial levels, thus aiming to keep the rise in average temperature at 1.5 degrees Celsius.

The Paris Agreement is the first international, legally binding climate agreement which covers the vast majority of the global greenhouse gas emissions. The agreement is considered irrevocable as almost all countries in the world have signed it. As many as 147 countries have already ratified the agreement by their national procedures. The only countries that have not joined the agreement are Syria and Nicaragua.

“The USA’s withdrawal will not derail the whole agreement, but it weakens its impact. It may increase the uncertainty as to the direction the international climate policy is going to take. Now other countries must engage in even closer cooperation in implementing the agreement. The EU must also adopt a stronger position as a climate leader, perhaps together with China”, Minister Tiilikainen said.

“We must bear in mind that political decisions are not the only way to combat climate change. In the United States, too, many of the  states, towns and cities, and private companies have become well aware of the threats associated with climate change, such as increased occurrence of extreme weather events and health risks”, he reminded.

According to Minister Tiilikainen, besides being a necessity, reducing emissions should also be seen as a business opportunity.

“Implementing emission reductions in different parts of the world and the pricing of coal create equitable demand for new solutions, including renewable energy. This means higher competitiveness for export companies in countries with ambitious climate policies”, Minister Tiilikainen said.

Negotiations under the UN Framework Convention on Climate Change were last held in May 2017 in Bonn, Germany. In the public servant’s meeting the focus was on drafting the rules for the Paris Agreement and, in particular, on developing the monitoring, transparency and comparability of the emission reduction measures

“The United States participated in the negotiations in Bonn in a very usual manner”, said Outi Honkatukia, Chief Negotiator for Climate Change at the Ministry of the Environment who headed the Finnish delegation.

At the Ministerial Meeting of the Arctic Council in May all members, including the United States and Russia, adopted the Fairbanks Declaration, including powerful statements regarding the Paris Agreement, its implementation, and the need for emission reductions. In the G7 Summit in Taormina, Italy that followed, however, the United States did not participate in the Final Declaration by which the other countries confirmed their commitment to the implementation of the Paris Agreement. This was indicative of the upcoming decision.

The international climate change negotiations will continue in Bonn on 7–18 November 2017. The 23rd Conference of the Parties to the Climate Convention to be held then will be chaired by Fiji, representing the small island states. 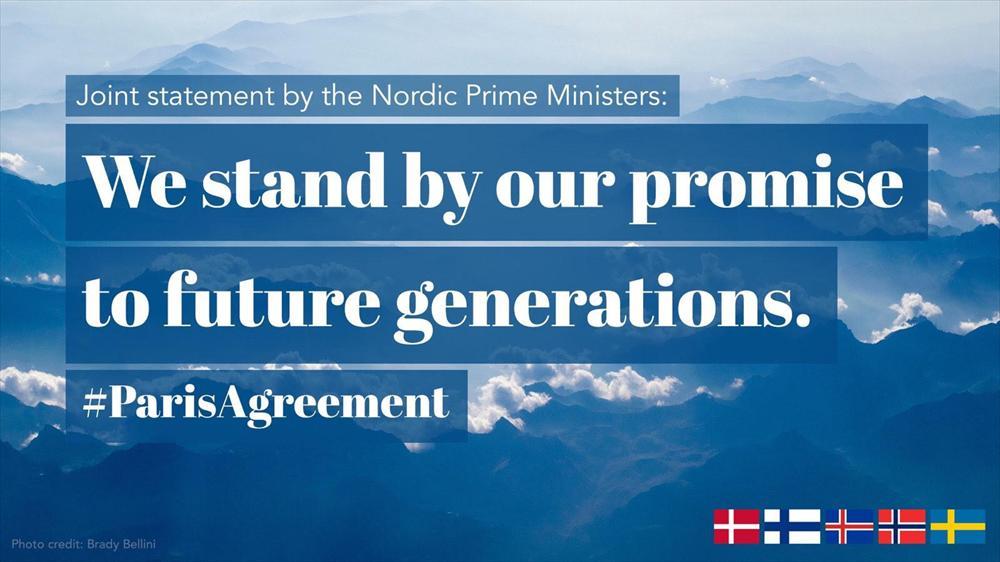