President of the European Council Van Rompuy to Helsinki 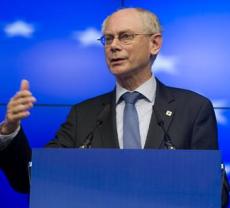 During his visit, President Van Rompuy will also attend the meeting of the Grand Committee in Parliament and meet the Speaker of Parliament Eero Heinäluoma.