Finland Abroad -websites
Decisive moment for Finland's Presidency of the Committee of Ministers of the Council of Europe
News, 15.5.2019

Nina Nordström, Director of the Unit for Human Rights Policy at the Ministry for Foreign Affairs, says that the Council of Europe plays an increasingly difficult role in promoting human rights, democracy and the rule of law in Europe. Nordström has piloted the Finnish Presidency of the Council of Europe together with team leader Merja Lahtinen throughout its six-month term. 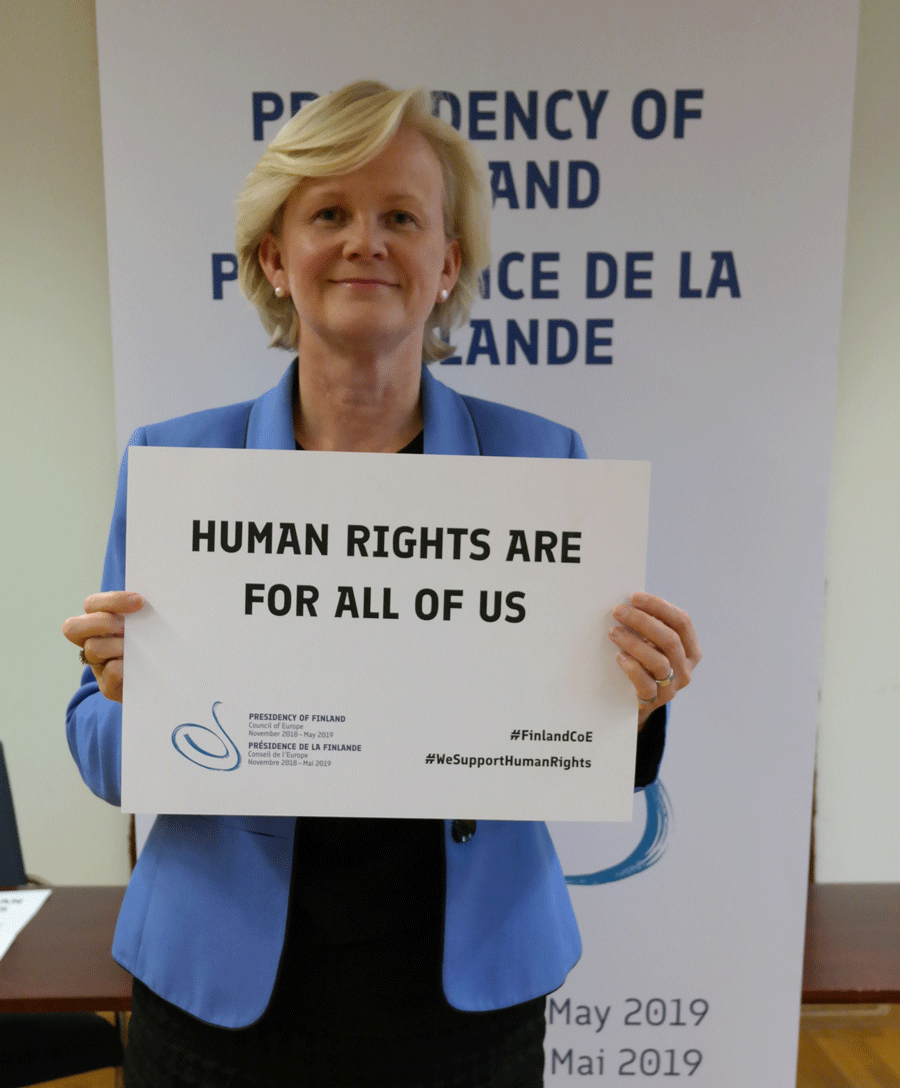 People say the Council of Europe is in crisis. What do they mean by that?

“Following Russia’s illegal annexation of Crimea in 2014, the Parliamentary Assembly (PACE) imposed sanctions, which included suspending Russia’s right to vote in the election of judges of the Court of Human Rights and the Secretary General of the Council of Europe,” says Nordström. “As a result, Russia drew its own conclusions. It has not attended the sessions of the Parliamentary Assembly in recent years, nor has it paid its membership dues since 2017. Russia’s arrears currently amount to over 90 million euros. In June, two years will have passed since the last payment was made. Under the Statute, this is the deadline after which discussions can begin on whether to exclude Russia from the Council of Europe’s activities or even to expel it from the organisation," Nordström says. She points out that the events described above triggered a prolonged and still ongoing political crisis in the organisation.

By the time that Finland took the helm, relations between the Parliamentary Assembly, the Committee of Ministers and the Secretary General had started to deteriorate. Moreover, the Council of Europe is in the midst of a financial crisis. It has already scaled back operations, and is planning substantial further cuts.

Has Finland taken a stand on the issue of Russia? Are all the Member States in agreement?

“The idea that Russia should leave the Council of Europe is unfortunate and undesirable,” Nordström replies without hesitation. Russia’s exit would weaken the position of the country’s 130 million citizens, who would lose access to the European Court of Human Rights. It would also deal a blow to Russian civil society, which hopes that the country will remain within the system of treaties and cooperation. Ultimately, it would have an adverse effect on the whole of Europe if Russia were to move away from European values.

“Finland’s aim has been to act as an ‘honest broker’ during the Presidency, trying to improve relations between the institutions, to talk with everybody and to seek a way out of the quandary.” Nordström says that it is clear that Russia must remain in the Council of Europe for the sake of its citizens. “On the other hand, we have pointed out that the crisis has a clear cause: the annexation of Crimea in breach of international law. The interests of Ukraine matter to us.”

Finland has held the Presidency for six months. What has been achieved during that time, and why is this Presidency important to Finland?

“We have made a sustained diplomatic effort to resolve the political situation, including by means of strengthened political dialogue,” Nordström says. “We have arranged extraordinary meetings, with hearings of the various parties and discussions of the Council of Europe's future. In particular, we have given thought to how to act in the future if a Member State flagrantly violates international law.” What to do in situations like that? “Try to coordinate action by the various parts of the organisation,” Nordström replies.

She notes that one of the main reasons that the Presidency has been important to Finland is that the Council of Europe is in an unprecedented political, financial and institutional crisis. Holding the gavel has given Finland the chance to contribute to a solution.  The Presidency is also always important in its own right. “Finland has been able to highlight its own priorities and to emphasise the importance of the fundamental mission of the Council of Europe,” says Nordström.

Finland is holding a ministerial meeting this week. Who is coming? What kind of results do you expect?  “This will be the biggest meeting of ministers in Finland this year. More than 30 ministers alone are expected, which is more than at any of the meetings to be held during Finland's upcoming Presidency of the Council of the European Union,” Nordström says.
She is hopeful about the results. “Our goal is an outcome that will take things forward so that we can start the process of improving the Council of Europe's situation. We also hope that the results will reflect our impact and the values of Finnish society.”

How does the Council of Europe affect the life of the ordinary citizen? For example, why should I take an interest in what it does?

“The Council of Europe is not just any old organisation. It has secured the abolition of the death penalty in Europe (which is why Belarus is outside). It has cleared the way for banning torture. It has promoted freedom of speech and expression, freedom of association, freedom of religion, and so forth. We shouldn’t forget these fundamental facts,” Nordström says.
“The European Court of Human Rights is a unique institution to which any citizen of a Member State of the Council of Europe has the right to address a complaint. It was not until many years after the founding of the Council of Europe in 1959 that the Member States began to accept this individual right of access to the Court. The public was also slow to take up the idea that some remote body in Strasbourg could bring them justice. However, the work done by the Court has been convincing, and the situation today is completely different. The single permanent court is a widely-known and respected player in the European system of human rights, democracy and the rule of law,” Nordström concludes.