Join the conversation with former Prime Minister Esko Aho on the implications of the US election results for politics and the economy.

Canada-Finland Chamber of Commerce and Canadian Friends of Finland

Esko Aho served as prime minister of Finland 1991 – 1995 and as a  Centre Party MP from 1983 until 2003.  He has an extensive list of board chairmanships and memberships in various boards and is a Senior Fellow at Harvard, making him eminently qualified to comment on the topic.

Event details on the Chamber of Commerce web site 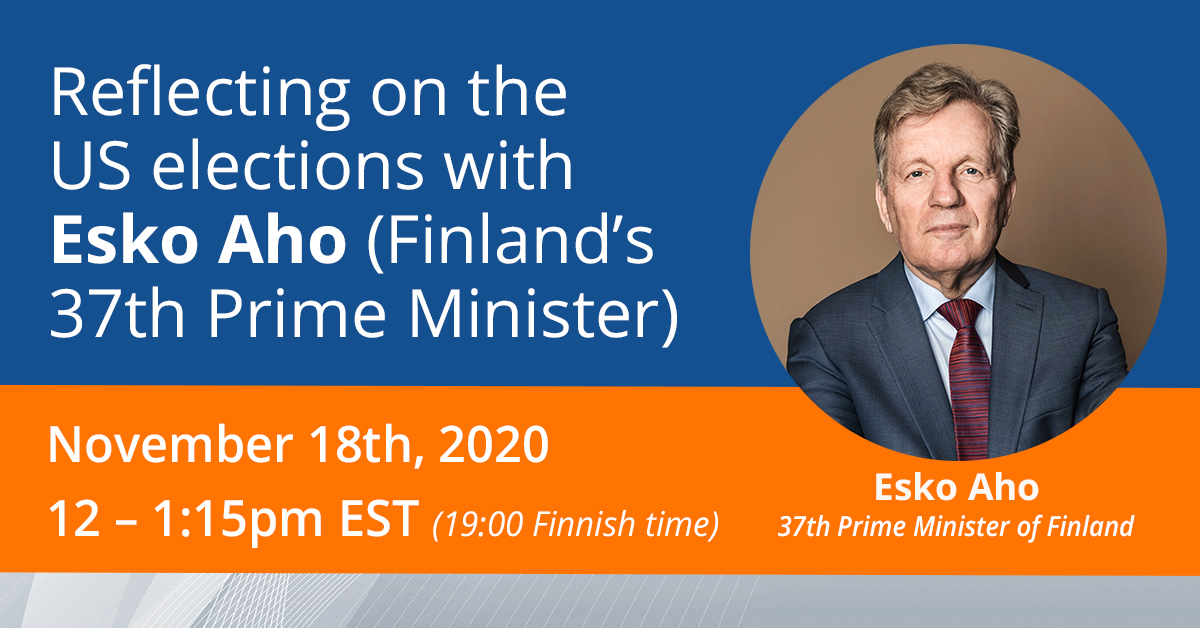