For the third time, the Embassy of Finland took part in Girls Run the World -program where two young women, Sasha and Grace, came to the embassy to take over for a day. They learned about Finnish diplomacy and culture and experienced the traditional Finnish sauna, albeit non-traditionally in the middle of a working day and finally, they wrote an article of what they had learnt during the day.

Hello! We are Sasha (left) and Grace (right) and we have spent the day at the Embassy of Finland in Canberra learning about Finnish culture, customs and values. We have been impressed and inspired by the focus on environmentalism and gender equality that exists in Finland, and we would love to share some of the things we have learnt today with you! 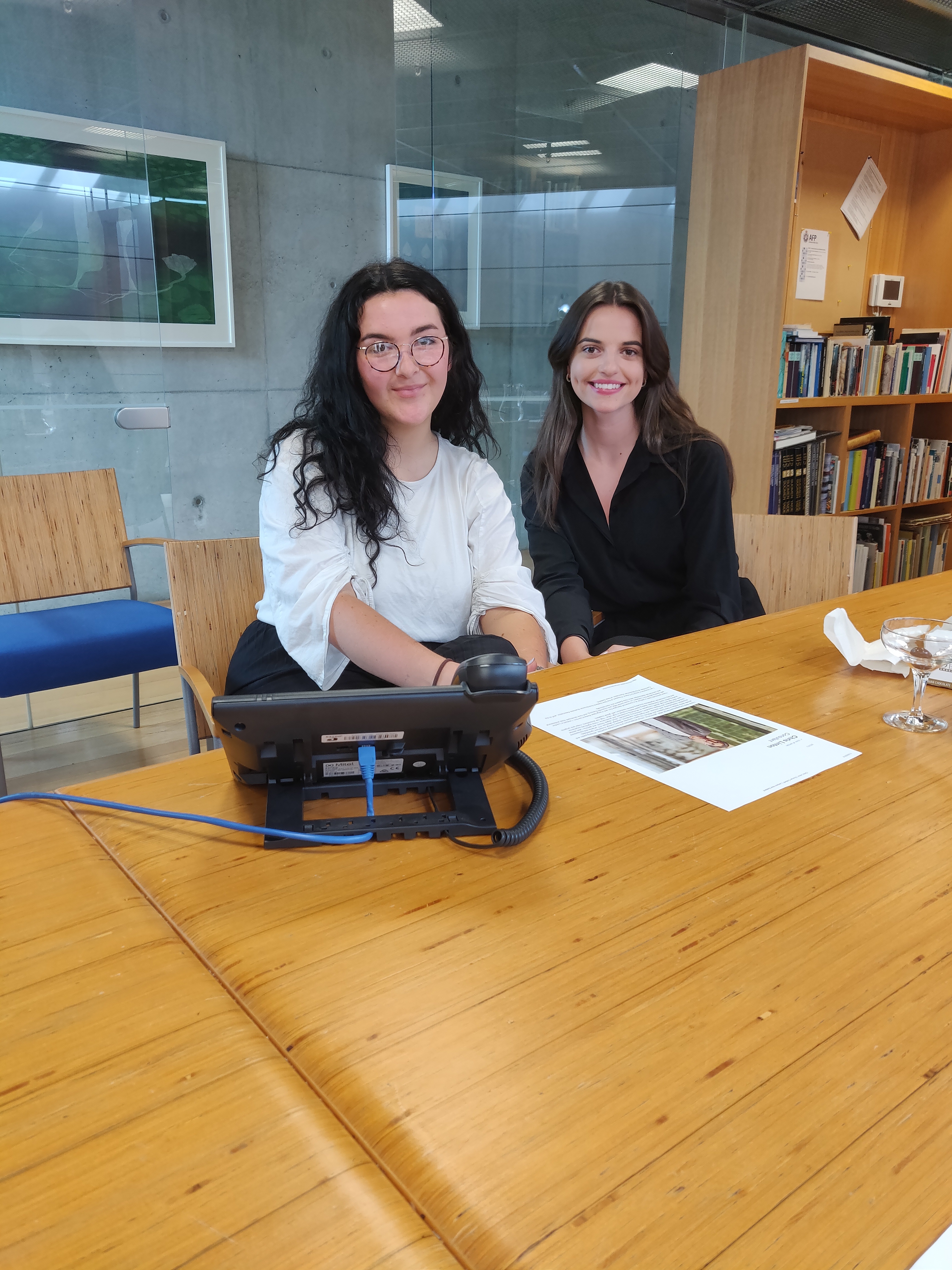 Finland is a world-leading champion for women’s rights and gender equality. As of 2019, 47% of the Finnish Parliament (Eduskunta in Finnish) is comprised of women, and the youngest-ever member of the Parliament, Iiris Suomela, is a 24-year-old woman. Gender equality is an important and widely-held view amongst the people of Finland, starting with universal suffrage having been enshrined constitutionally in 1906, Finnish women have enjoyed the same amounts of freedom and respect as men. Since 1987, The Act on Equality between Women and Men has sought to prevent sex discrimination, promote gender equality, and improve the status of women in society and the workplace. A notable amendment in 1995 was that official committees and councils needed at least 40% of their members to be female.

In Finland, of the 18 ministers in Parliament, 11 are women. This can be attributed to the constitutional recognition of men and women as equals. Compared to Australia’s Parliament, Finland is far more progressive. As it stands, the current Parliament in Australia is only 32% women. This is not due to a lack of merit amongst women, rather perhaps a cultural difference in the attitude towards women in parliamentary positions. In Finland the percentages of women in employment and leadership positions reflect the ratio of the population, which is something Australia can strive towards. It is believed that Finland’s equal society has subsequently lead to an increase in happiness, as it was ranked the happiest country in the world in 2019.

Finland’s progressive policies similarly transfer to environmental concerns. Finland prides itself on the beauty of its natural landscape, it is home to over 188 000 lakes, and 237,000 meters squared of forest land. It is rated among the world’s leading countries in many international comparisons of environmental protection standard, such as the Global Economic Forum’s regularly compiled Environmental Sustainability Index. There exists a large recycling culture and a deep understanding of the value of environmentalism and ecological protection shared amongst the Finns.

Young Finnish people rank climate change as one of their top priorities for the future, and this vision is shared by the Finnish government, who’ve recently announced goals to become a carbon neutral country by 2035. This is made possible thanks to Finland’s extensive development of nuclear baseline energy grids, the recycling of 90% of all cans and bottles, and a strong appreciation for nature and its preservation.

The preservation of the environment, as well as setting international standards for gender equality, are two areas on which Finland prides itself. These two aspects of Finnish culture exemplify the fact that Finland is a progressive, efficient and sophisticated social and political environment which champions the values of cooperation, creativity and effectiveness.