Finland calls for gender equality in the energy sector

Last week, Finland participated to the three-day IRENA Council in Abu Dhabi. IRENA is the International Renewable Energy Agency headquartered here in Abu Dhabi, and Finland has been a member country since 2011.

The Council meets twice a year to discuss IRENA’s work programme and budget, as well as take part in important discussions under the theme of renewable energy. 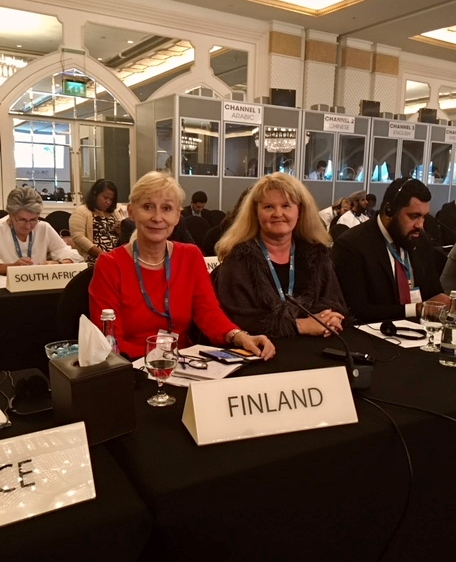 Finland’s representatives in the meeting were the Finnish Ambassador to the UAE, HE Riitta Swan, and Senior Officer from the Ministry of Economic Affairs and Employment, Kati Veijonen. In her speech, Veijonen raised the important issue of gender equality both in IRENA and in the renewables sector in general: “Poor gender equality in the renewable energy sector is not only question of equality – above all it is a question of lost opportunities, and underutilization of potential and resources”.

Veijonen brought up Finland’s excellent track record in gender equality, but noted that when it comes to the energy sector, even we have some work to do. She suggested that the lack of women in STEM (science, technology, engineering and mathematics) fields can be due to biased gender roles: often women don’t end up studying math or natural sciences.

Thus she encouraged IRENA to lead by example in gender issues – all the way from data collection and reporting to recruiting.