A host of opportunities in the competitive United Arab Emirates markets

The United Arab Emirates maintains its status as a major nexus of trade. Dubai is one of the main hubs for international trade and, similar to Abu Dhabi, has set itself ambitious development targets. In addition to large infrastructure projects, there is demand for advanced technology and competence. 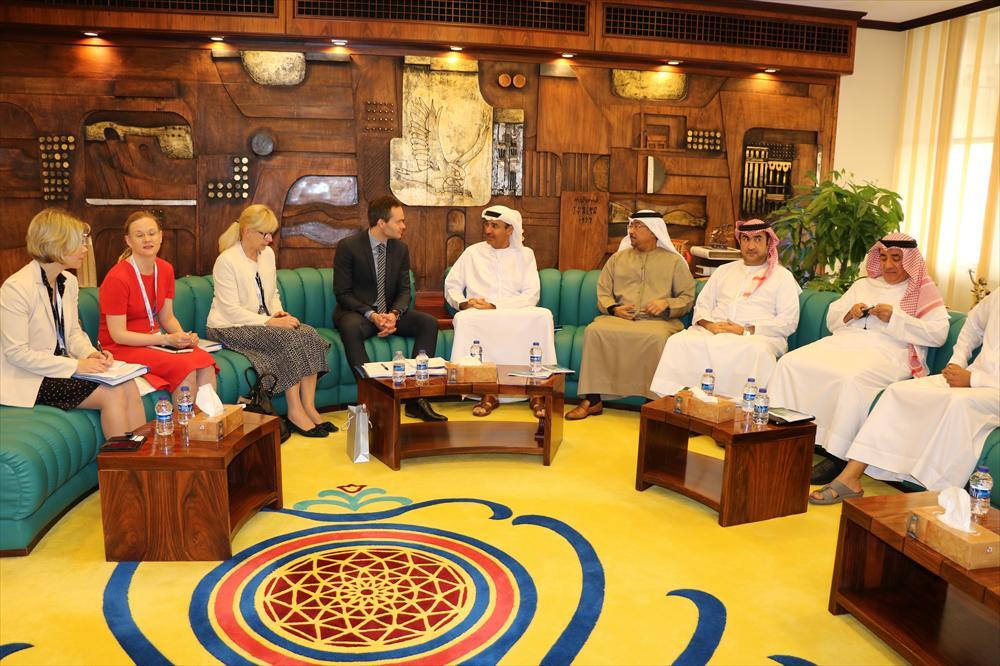 According to Hussain Nasser Lootah, Acting Director General of Dubai Municipality, sustainable and smart construction are high on the agenda in Dubai. The latest solar power technology is also of interest. Photo: Helena Kiiskinen

Kai Mykkänen, Minister for Foreign Trade and Development, visited the United Arab Emirates in mid-January with a business delegation. The 20 companies that took part in the Team Finland visit mainly represented the energy and cleantech sectors, as well as smart building.

The purpose of the visit was to promote bilateral relations between Finland and the United Arab Emirates, especially in commerce and finance, as well as to enable Finnish businesses to exhibit their competence to key players, create new contacts and strengthen existing relationships.

Finnish companies have a great deal of competence to offer to the United Arab Emirates and its ambitious growth and development plans, which are aimed at diversifying the economy, reducing the dependence on oil and boosting competitiveness. Energy-sector competence is in demand as the country strives to increase the share of renewable and clean energy of its overall energy consumption. 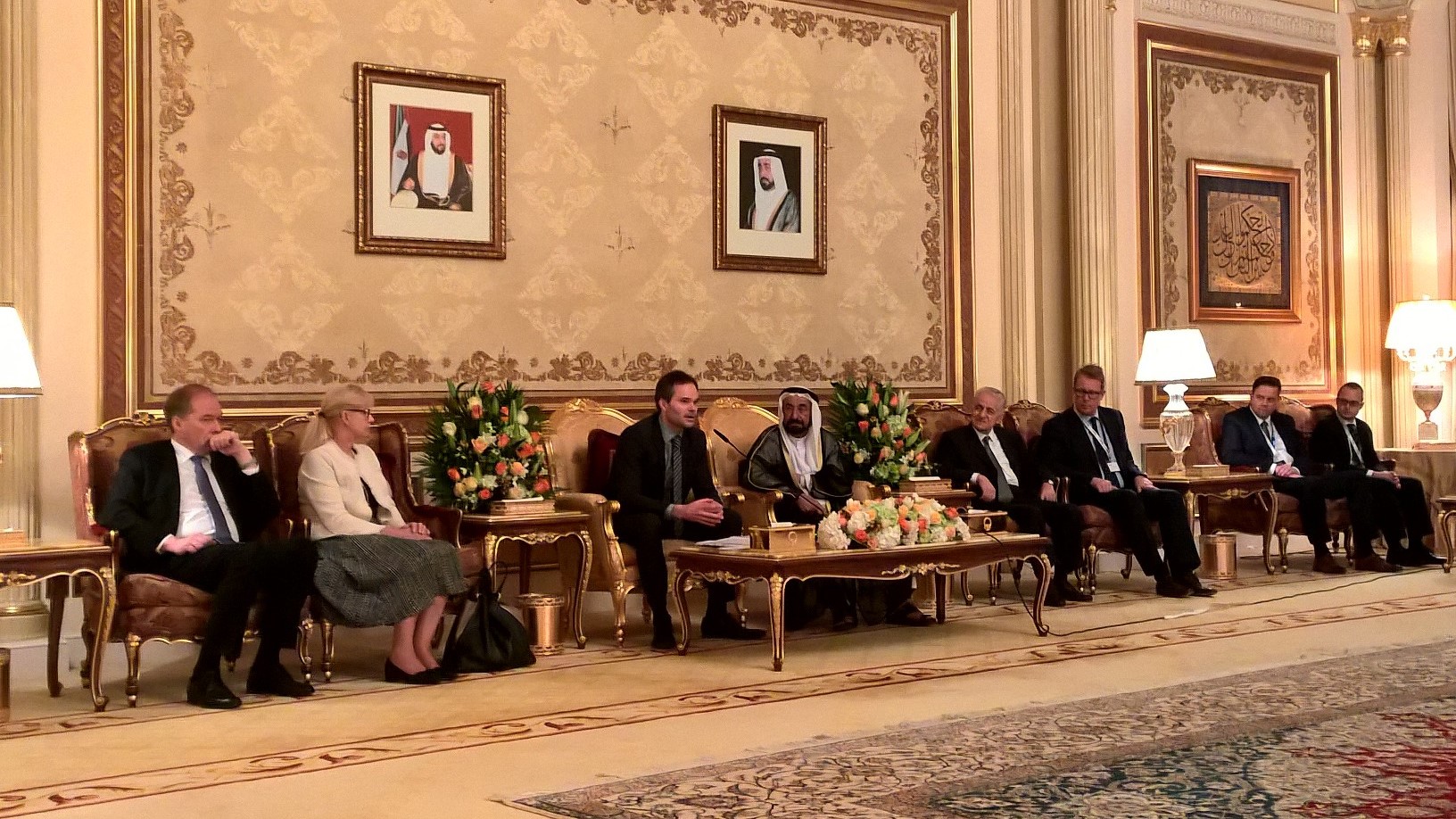 The programme included a visit to the Emirate of Sharjah. During the visit, the Council of Oulu Region signed a cooperation protocol with the School of Business Administration of the American University of Sharjah. Sheikh Sultan bin Mohammed Al Qasimi, ruler of Sharjah, with Minister for Foreign Trade and Development Mykkänen and the business delegation. Photo: Miia Lahti

During its visit, the team promoted awareness of Finland as a modern European country that acts predictably, enjoys a stable economy and offers a high level of competence. It also highlighted Finland’s strengths as a place for investment. 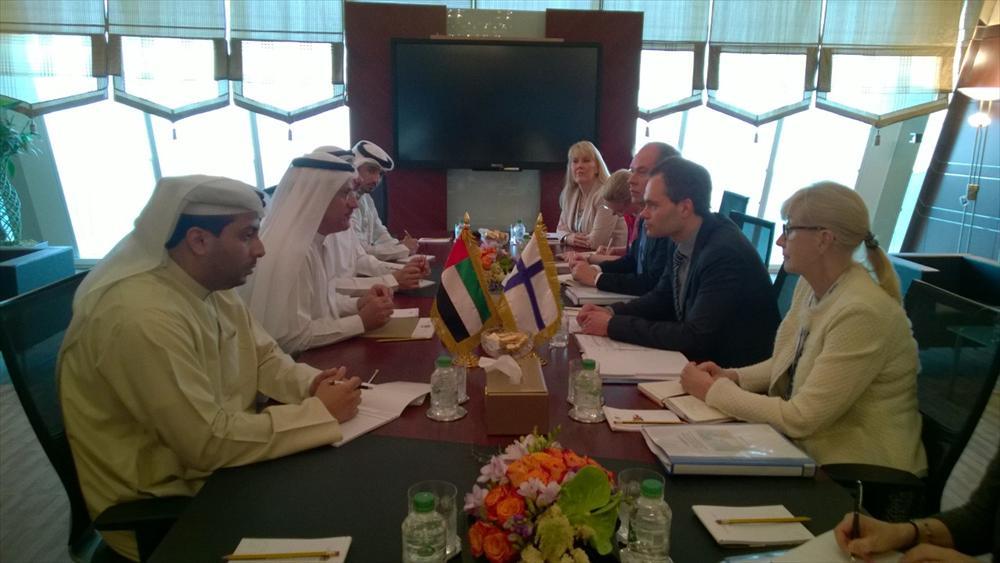 According to Minister of Economy Al Mansouri, recycling is actively discussed in the United Arab Emirates, and experiences from Finland are of great interest. Discussions also touched on Slush cooperation and reviving the economic commission between the two countries. Photo: Helena Kiiskinen

New embassy in Finland this year

Although the United Arab Emirates presents great business potential, competition is tough on its open markets.

“Not only is the United Arab Emirates a gate to the Gulf markets but also a route to Asia and Eastern Africa.  The markets are undoubtedly one of the world’s most competitive,” says Riitta Swan, Finland’s Ambassador to Abu Dhabi.

“People here often associate Finland with high technology competence, an advanced education system and a completely different nature and climate. Those who know Finland also point to similarities between the two countries: both are small but successful nations characterised by a severe climate.”

The countries are far removed geographically, historically and culturally.

“The United Arab Emirates’ decision to open an Embassy in Helsinki in the early part of the year will make it easier to handle bilateral relations,” Swan rejoices. 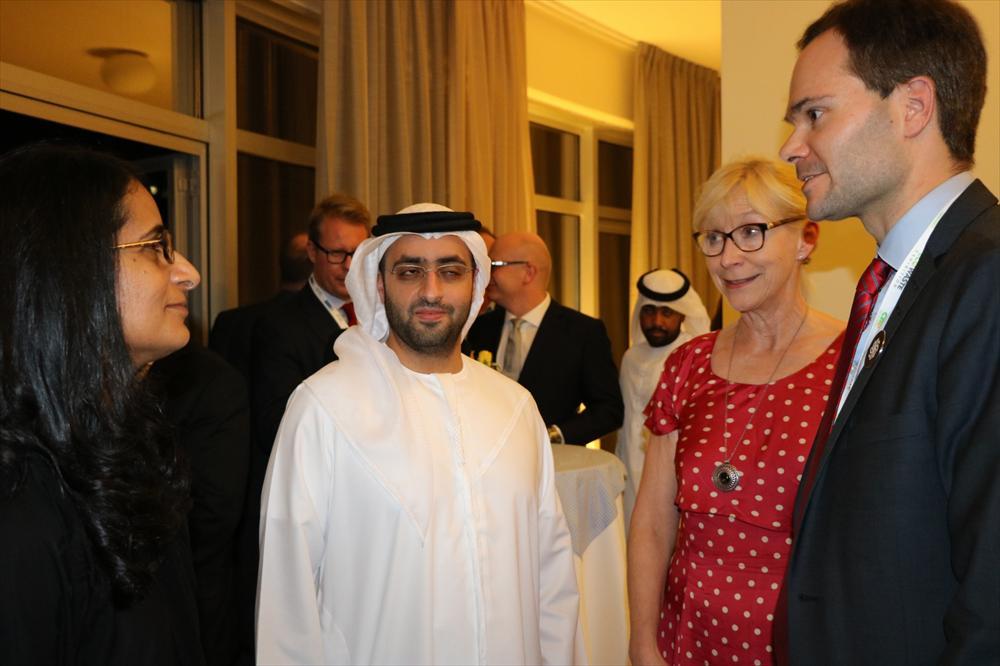 Differences in operating cultures must be taken into account

According to Ambassador Swan, there have been three to five high-profile visits to the United Arab Emirates annually. This time, with the business delegation travelling with a minister, the tight schedule was drawn up jointly by Finpro and the Finnish Embassy in Abu Dhabi.

To forge a business relationship in the United Arab Emirates, it is important to understand the local culture and procedures. The preparation of itineraries also highlights differences in this respect.

“All official requests for meetings must be made through diplomatic communication channels and the Ministry for Foreign Affairs. Meetings are often confirmed only a few days before the visit, and it is not uncommon for the itinerary to be changed during the visit.  The programme that is presented to ministers and delegations on their arrival rarely remains the same throughout the visit.”

Finns and the Emirati also have a different view on schedules and flexibility. “We would like the itinerary to be finalised at least a week before the visit, but that is when the Emirati usually start planning the programme.”

Relations must be maintained regularly

The embassy is happy to offer companies prestige service by facilitating contacts and organising meetings with officials.

“We participate in events organised by companies to give them greater prominence, and the embassy’s doors are always open to companies’ own events. We also welcome discussions with companies that are already established in the market or looking to enter it, and are happy to share our information and experiences with them.”

For economic cooperation to be successful, both companies and the authorities must commit themselves to a long-term approach and presence in the country. In addition, relations must be maintained constantly. From the embassy’s perspective, networking is a continuous and active operation that forms the foundation for everything.

“In the United Arab Emirates, networking involves hard work, just like everywhere else, but it is also pleasant. Here, creating contacts starts with building confidence, which means putting yourself in play. Networking is one of our key tasks, and we keep making new acquaintances. Of course, we also take care of our existing contacts, because it is vital to keep relations alive in this culture,” Swan points out.

The author is a Communications Officer at Finland’s Ministry for Foreign Affairs.